In support of the San Diego LGBT Pride Parade, there was a North County Equality Rally on Saturday in front of Romano’s Macaroni Grill at North County Fair mall. One of the participants of the event, Shelley Spisak, told The Times-Advocate: “I know there are a lot of people in North County who would like to participate in the San Diego event but can’t make it down there, and this event is a local option.”

The event drew about 50-60 supporters, which, organizers said was about half what they attracted for their “impeachment rally” they held at the same location two weeks earlier.

Photos courtesy of organizers of the event, Carolyn and Kathy 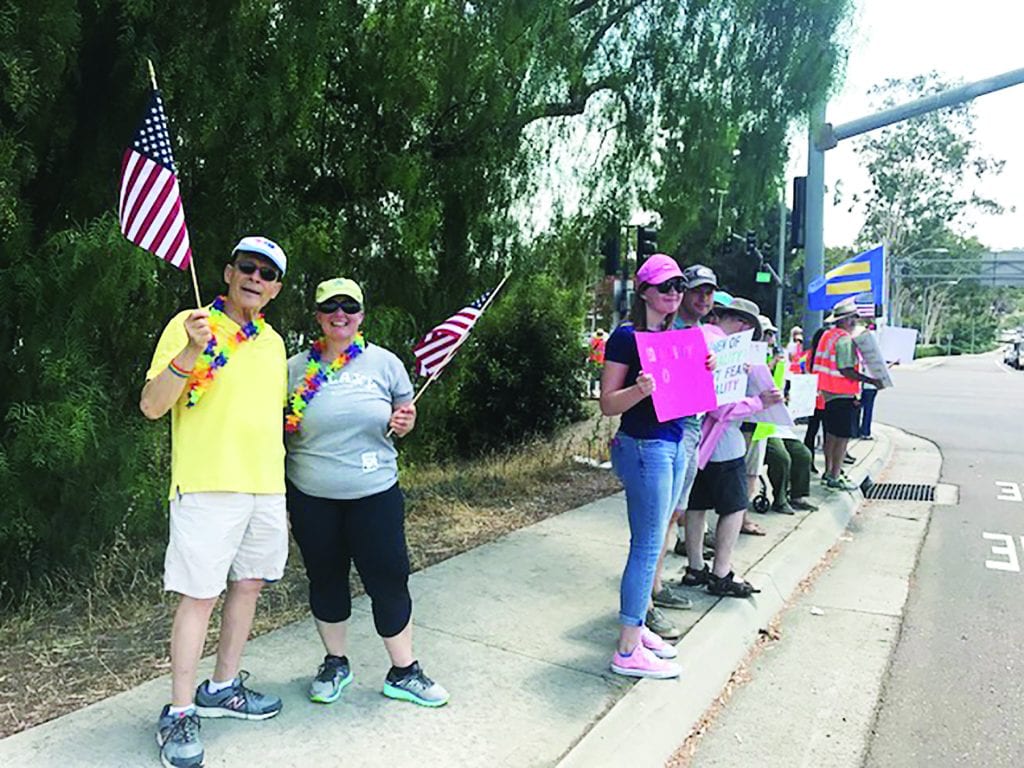 The focus of the Equality March Rally was “to stop discrimination for all including the transgender population, the LGBT community, immigrants, people of color and women,” according to the group’s website. 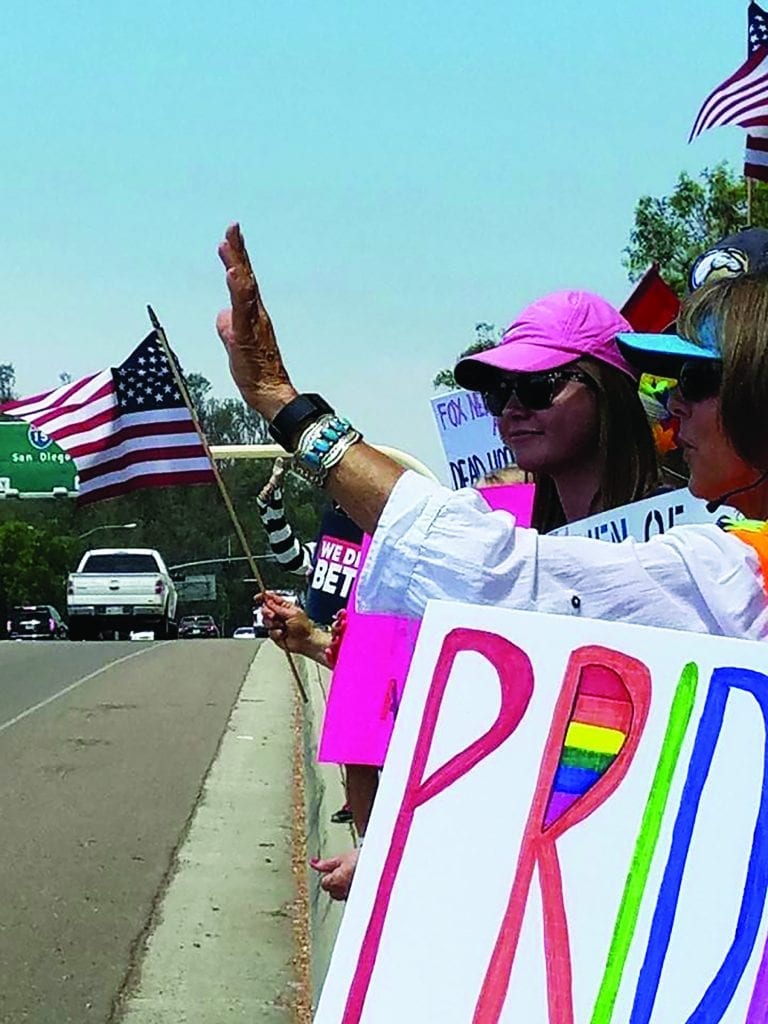 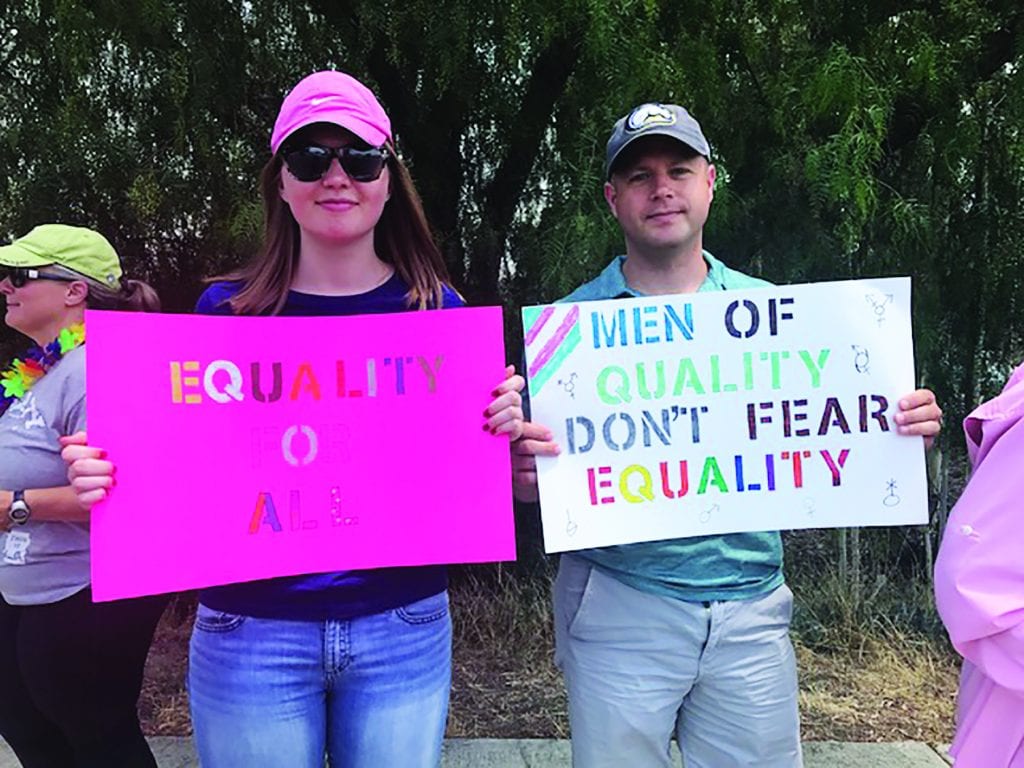 The group was especially critical of Congressman Duncan Hunter: “Recently, Hunter said this in a Congressional hearing about Transgender people serving in the military: ‘I couldn’t even imagine having to share showers with somebody who was a girl and didn’t have the surgery to become a man but kept the girl stuff, and now she’s with a bunch of guys or vice versa.’ Enough is enough!” 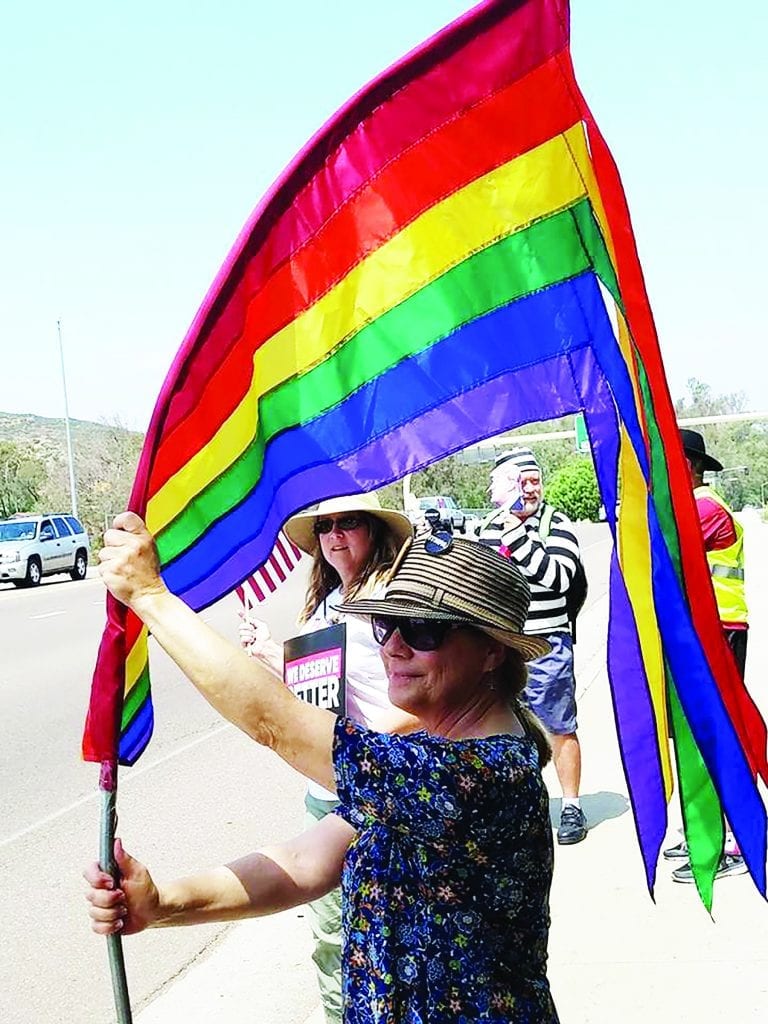 A member of the rally waves the rainbow flag as cars drive by.