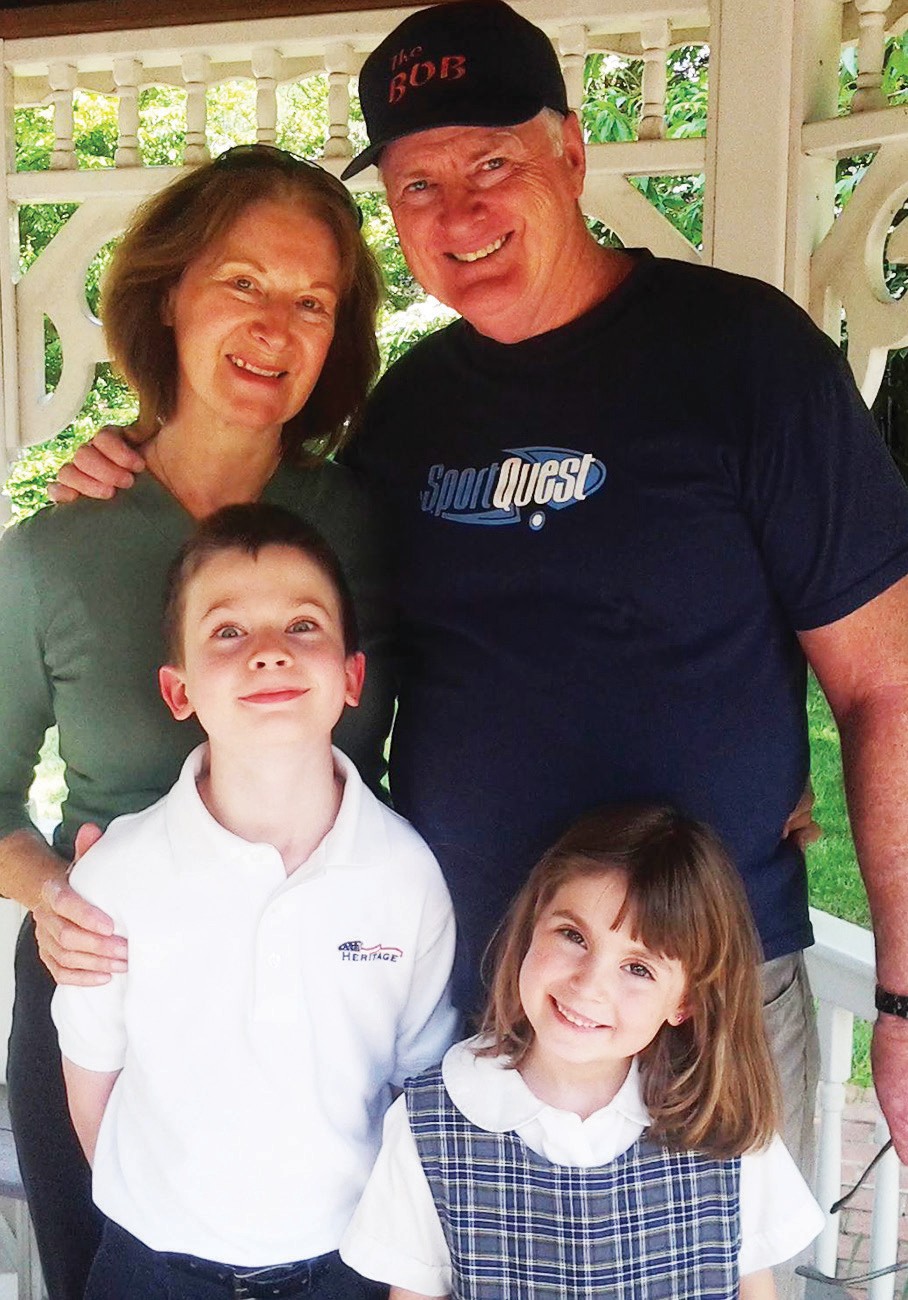 Author Robert Ward with his wife Gisela and two of their grandchildren.

This week marks the nationwide re­lease of “Between Two Seas,” a riveting new book by Escondido author Robert Alan Ward, and “Through Fear and Trem­bling,” an engrossing collaboration by Ward and his co-author David D. Ross.

In “Between Two Seas,” which will be released nationwide this week, Melitene is ravaged by violence, poverty, addiction and unrest. The new governor, Trebonius, is charged by the emperor to bring stabil­ity to the island. He seeks the counsel of two leading Melitenians who represent di­ametrically opposed worldviews. Solon is a humble seeker of his Creator. Alacerius believes only in man-made solutions, with himself in charge.

“Through Fear and Trembling” fore­sees an Orwellian time of persecution, both subtle and overt, that will be un­leashed upon Bible-believing individuals and churches in a culture that has come to regard the Bible as hate literature and Christians as criminals. Will the believers at Green Valley fold under the intense pres­sure, or will they fight back, calling upon the one who died and rose again on their behalf? Find out the answers in the pages of “Through Fear and Trembling,” which will be released nationwide next week.

Published by Tate Publishing and En­terprises, the books are available through bookstores nationwide, from the publisher at www.tatepublishing.com/bookstore, or by visiting barnesandnoble.com or ama­zon.com.

When Ward first believed in Christ on Oct. 2, 1966, it was like someone turned on the lights in a darkened room. After serving in the United States Air Force from 1969 to 1972 in Germany, he remained for another year in ministry. He then returned home and earned a bachelor’s degree in Christian education from San Diego Christian College. A 27-year career with the United Parcel Service followed. Now retired, Ward lives in Escondido with his wife Gisela. He loves to spend time with his five children and 12 grandchildren. He has 12 published drama titles to his credit. His other books include “Delivered out of the Lion’s Mouth.”

Ross is a freelance journalist and the editor of the community newspapers, Es­condido Times Advocate and Valley Road­runner. He has been a newspaper editor and journalist for more than 30 years. He founded and edited The Boulevard maga­zine, a lifestyle publication. He is the au­thor of two science fiction novels: “The Eighth Rank” and “The Argus Gambit.”

A resident of Palomar Mountain, Ross is knowledgeable on San Diego’s back­country and has written articles on tourism in Julian, Palomar Mountain and the San Diego Safari Park. One of his specialties is writing about the local food scene. He recently earned his master’s degree in mil­itary history from Norwich University. He is working on another science fiction nov­el, entitled “Cranium.” He enjoys writing prophetic fiction and being proven right.