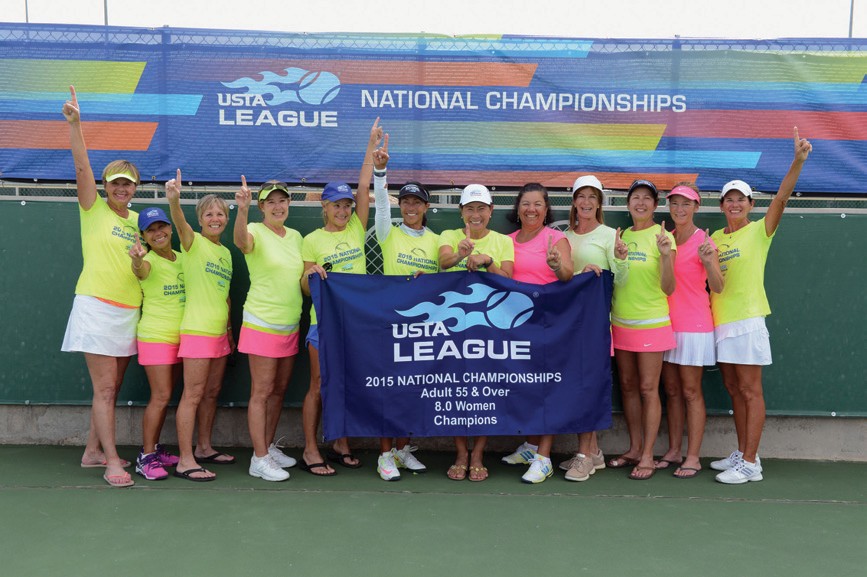 They advanced that far by winning their round-robin flight contested Friday and Saturday, Oct. 23 and 24.

Established in 1980, USTA League has grown from 13,000 participants in a few parts of the country in its first year to more than 865,000 players across the na­tion today, making it the world’s largest recreational tennis league.

USTA League was established to provide adult rec­reational tennis players throughout the country with the opportunity to compete against players of similar abil­ity levels.

Players participate on teams in a league format, which is administered by the USTA through its 17 sec­tions. The league groups players by using six National Tennis Rating Program (NTRP) levels, ranging from 2.5 (entry) to 5.0 (advanced). USTA League is open to any USTA member 18 years of age or older.

The 2015 USTA League season will be the third sea­son with the updated structure and format, which of­fers four age categories (Adult 18 & Over, Adult 40 & Over, Adult 55 & Over and Mixed 18 & Over) to better align participants with players their own age.