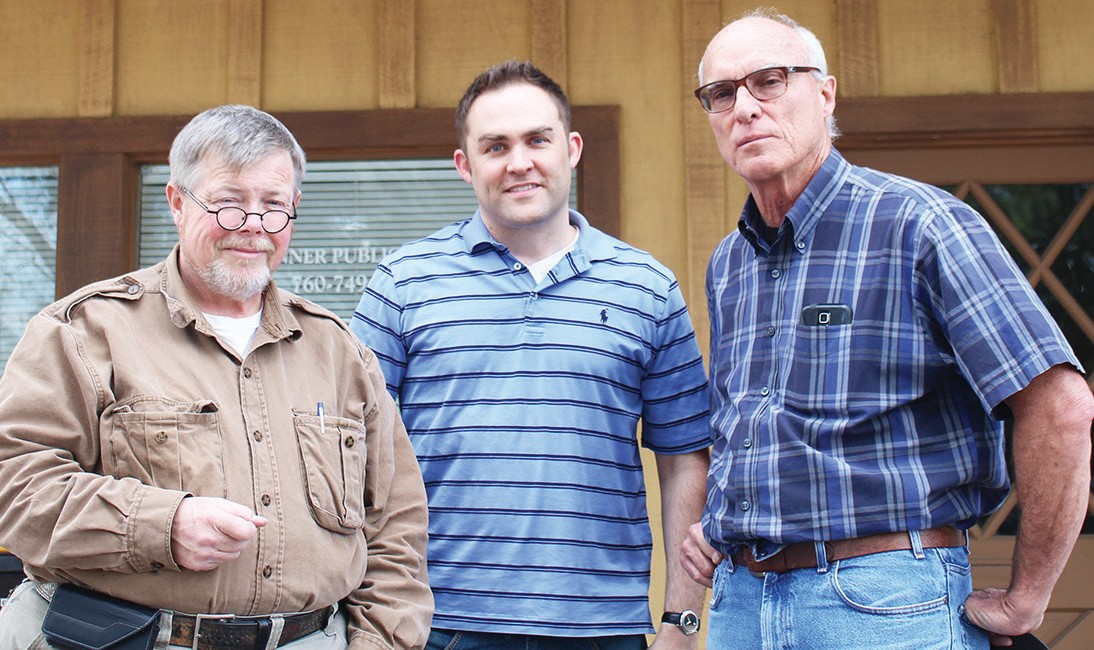 You hold in your hand the first issue of the new Escondido Times-Advocate under new ownership and manage­ment.

Roadrunner Publications, Inc. an­nounced Jan. 5 that it had purchased the Times–Advocate, headquartered in San Marcos, California for an un­disclosed amount. The acquisition in­cludes the Escondido Times–Advocate and Valley Center Times–Advocate.

“We are excited to expand our hometown family– friendly Road­runner brand throughout our neigh­borhood and surrounding commu­nities,” said Justin Salter, president of Roadrunner Publications, Inc. “We believe the acquisition of these publications will allow us to better serve our communities,” Salter said. “We are deeply honored to acquire a name that has been familiar to local residents since the original Times- Advocate was founded in 1909, and which published until the 1990s.”

The Times (or as it has been known fondly for decades: the “TA,”) will continue current operations with its existing staff and will soon be opening a local storefront office in Escondido. The company will soon begin hiring additional staff and re­porters to grow the size of the ex­isting paper. We believe in a news­paper that encourages residents to come off the street and chat with the editor or the reporters. We pledge to BE that kind of publication, one with an intimate connection with its readers.

Ross commented, “I love the idea of overseeing a paper whose name in Escondido is synonymous with local, positive news based on a knowledge of the community and its people. It’ll be fun, particularly the online adventures that we are planning on introducing to make the paper your one stop shopping place for news and information.”

Doug Green, who has edited the Escondido Times-Advocate since October will stay on in that capac­ity. Green’s journalism career took him to Europe, back to his home­town Manhattan Beach, then to Las Vegas, Nevada, back to the Los An­geles area and finally to North San Diego County. He covered the Clark County Courthouse for the Las Ve­gas Business Press, worked for two trade publications in L.A., edited a community paper in San Pedro, was News Editor for the Glendale News-Press and edited and wrote for a succession of daily newspa­pers, ending up with the San Diego Union-Tribune. He has worked for the Escondido Times-Advocate since October 2015 and he’s lov­ing it.

We are delighted to welcome as a new, regular columnist Ron Kin­ney, a 60-year resident of Escon­dido, who was a reporter and edi­tor of the old Times-Advocate from 1952 to 1979 and a copy editor on the editorial pages of the San Diego Union-Tribune from 1985- 1997. Kinney will be writing about the old days in Escondido, and re­ally, just about anything that he wants to write about!

The Escondido Times–Advo­cate will retain the name, and will now be able to offer legal publica­tions to the city, through the Valley Roadrunner newspaper. Anyone in San Diego County can file le­gal publications through our www.SanDiegoCounty.pub Web site.

We’ve already launched a new Web site at www.Times–Advocate.com and we are updating it several times a day with up-to-the-minute news bulletins.

We are seeking talented writers/ journalists/reporters to join our team.

Send samples of your work, along with your resume to: Jobs@ Roadrunner.pub

Roadrunner Publications, Inc. is aware that in recent years me­dia has shifted towards the digital platform. Print editions of news­paper will be available online and through mobile devices. Roadrun­ner Publications also offers news broadcast through Valley Center TV, and the upcoming Escondido TV, which will debut soon.