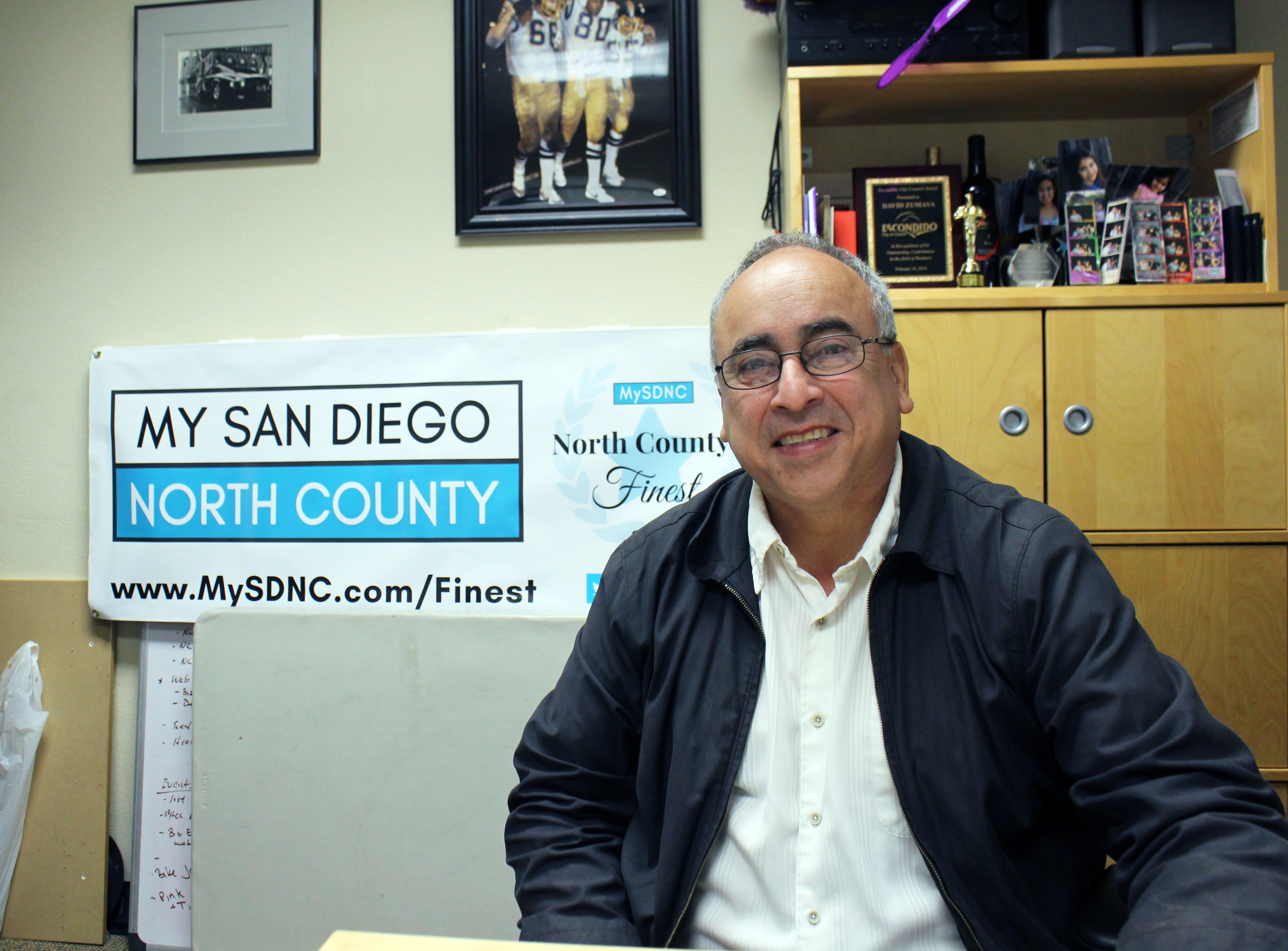 David Zumaya of My San Diego North County. He brings his expertise in business and social media marketing to the job of promoting North County and especially North County’s chambers of commerce.

David Zumaya has started My San Diego North County with the goal of supporting the chambers of commerce of North County, business members and nonprofits.

To do that he has come up with a fun idea. He wants to start a “digital mayor of North County,” and, just for fun, proposes himself as the first “mayor.” This honor would have no political significance. It’s only point is to highlight the fact that North County is a self-sufficient entity with interests and a population that is just waiting to reached by a savvy social media campaign.

North County as it is defined by the San Diego North Economic Development Council, which includes cities such as Oceanside, Carlsbad, Vista, Del Mar, Encinitas, San Marcos, Escondido, Fallbrook, Palomar Mountain, Borrego Springs, Poway, Ramona and Julian is roughly equal in population to the City of San Diego, which has about 1.40 million people.

“We don’t get love in North County. So we need to create it for ourselves,” he says.

My San Diego North County is a digital platform that will launch soon with the goal of promoting the best of North County, including about 56 organizations that include all of the Chambers of Commerce of the region.

It will include a community calendar that Zumaya hopes will encompass all of the communities of North County.

“I spent six to seven years working as a social media manager for several local chambers of commerce,” says Zumaya. His task was how to get more people involved with their Chambers of commerce and business community using social media. “My goal is to share content and promote local business and support local events. I’m hoping that the traffic will come.”

While there are plenty of wise and successful businesses and chambers of commerce, visual marketing isn’t always their forte. Zumaya, on the other hand, is very good at it.

“The question is how do you bring ten cities and fourteen chambers of commerce and a dozen business associations such as the Escondido Downtown Business Association together onto the one social media platform?” he says.

Zumaya is of an age where he relates both with the Boomers and the Millennials and GenX’ers. “I’m comfortable with all age groups he says,” and he’s like a fish in the waters of Facebook, Instagram, You-Tube and Twitter. 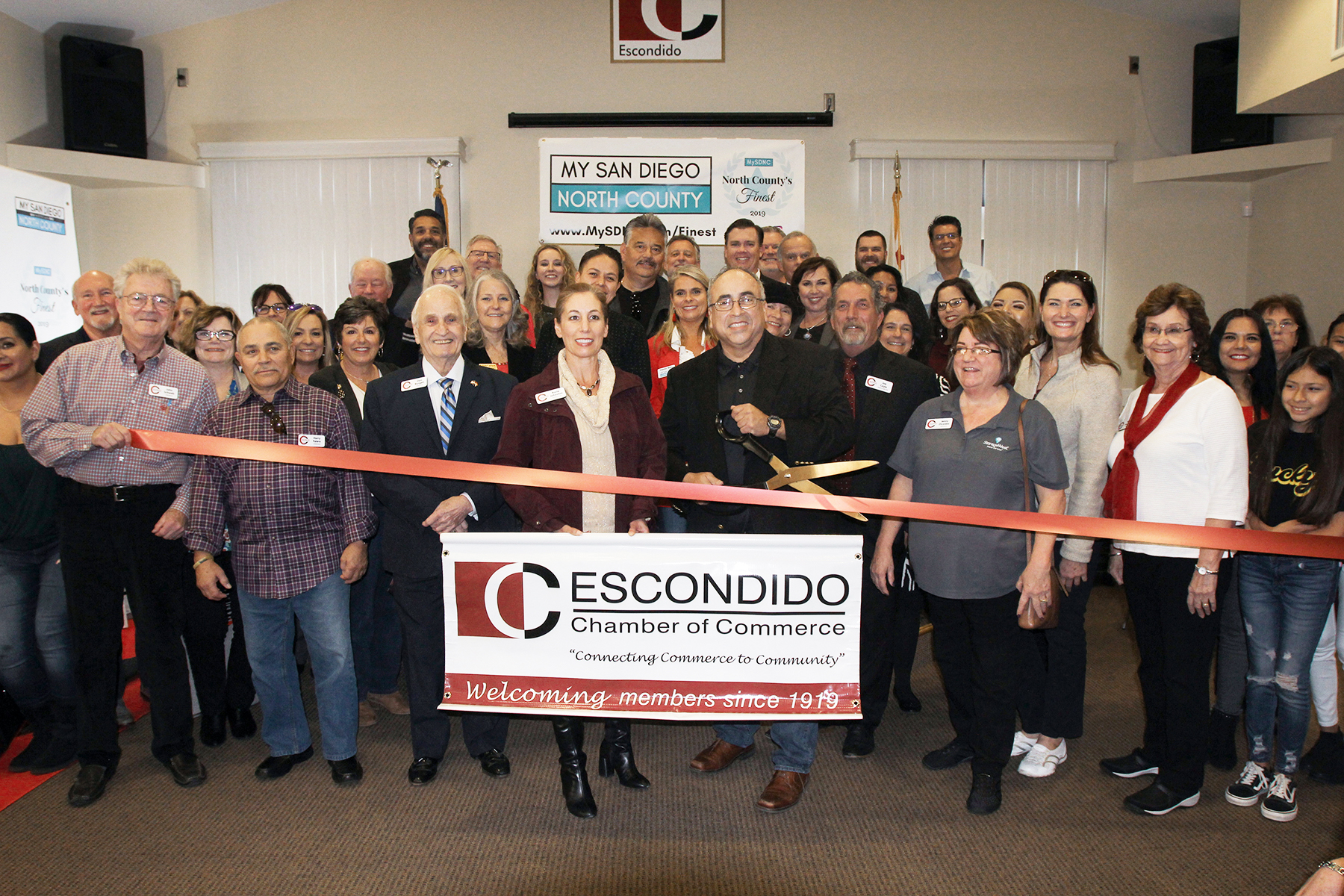 He only charges for a place in his business directory, but offers a less expensive option for those who are also already members of their local Chamber of Commerce. He reiterates that his whole purpose is to serve chambers of commerce and businesses, not compete with them.

“My job is to tell your story on a different platform,” he says. “The more people who are talking about you the more you show up on search engines. Whoever is talked about the most by ‘influencers’ the more they will be picked up by Search Engine Optimization protocols.”

He emphasizes, “I’m never going to be political. My role is to fill the blank created when no one is looking at the digital element.”

Zumaya is involved with lots of nonprofits and charities in North County. One organization he is especially proud to be associated with is the Hispanic Chamber of Commerce, which will be sponsoring the 4th annual North County Business Expo on Thursday, May 30, 4-8 p.m. at the California Center for the Arts, Escondido.