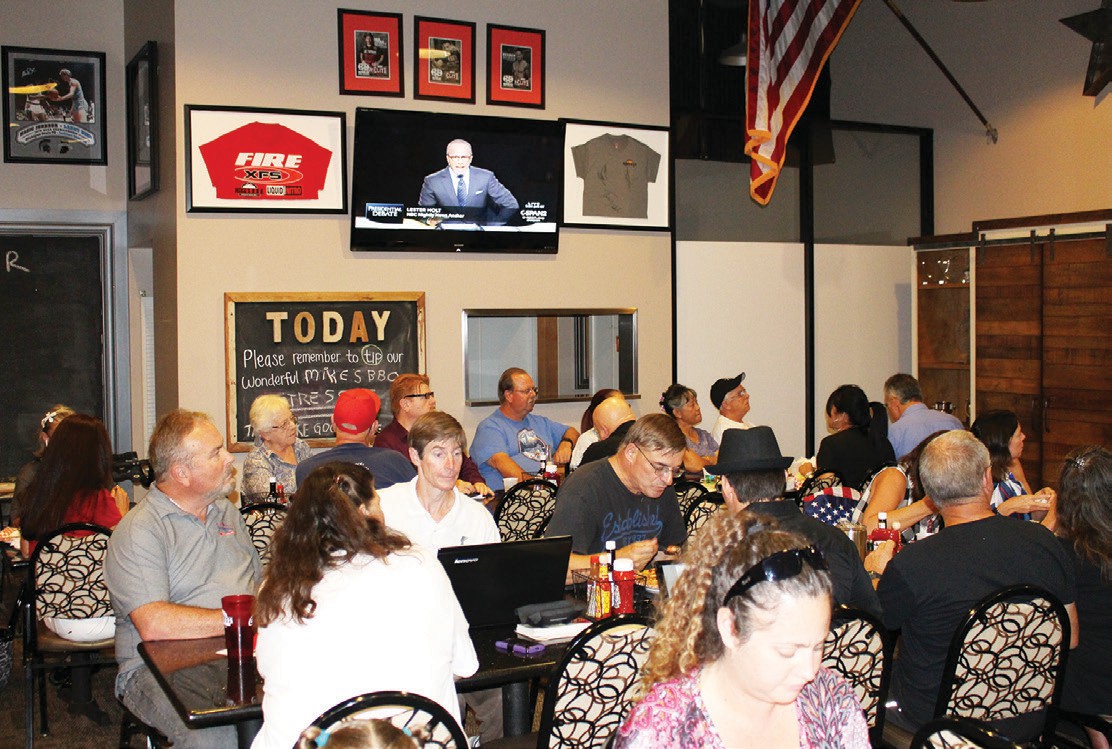 It was a capacity crowd Monday night at Mike’s BBQ meeting room in Escondido, where the North County Conservatives gathered to watch the Great Debate.

It was a full house at Mike’s BBQ in Escondido on West Valley Pkwy on Monday night where folks gathered to watch the first of three presidential debates sponsored by the North County Conservatives (the party, not the debate itself, which was sponsored by The Commission on Presidential Debates.)

The private dining room at Mike’s was filled with mostly conservatives; but there was a few undecided voters scattered around the room.

Len Wolfe from Fallbrook is one of those undecided voters. I started by asking Len if, after watching the debates, whether the two candidates talked about issues that mattered to him and if he had made up his mind up on whom to vote for. Wolfe said, “They did touch on issues that concerned me” but added, “However I have not made a decision on who to vote for yet,” and “I would have to watch the second debate before I could make a decision.”

Also attending the event with Mr. Wolfe that night were Stella 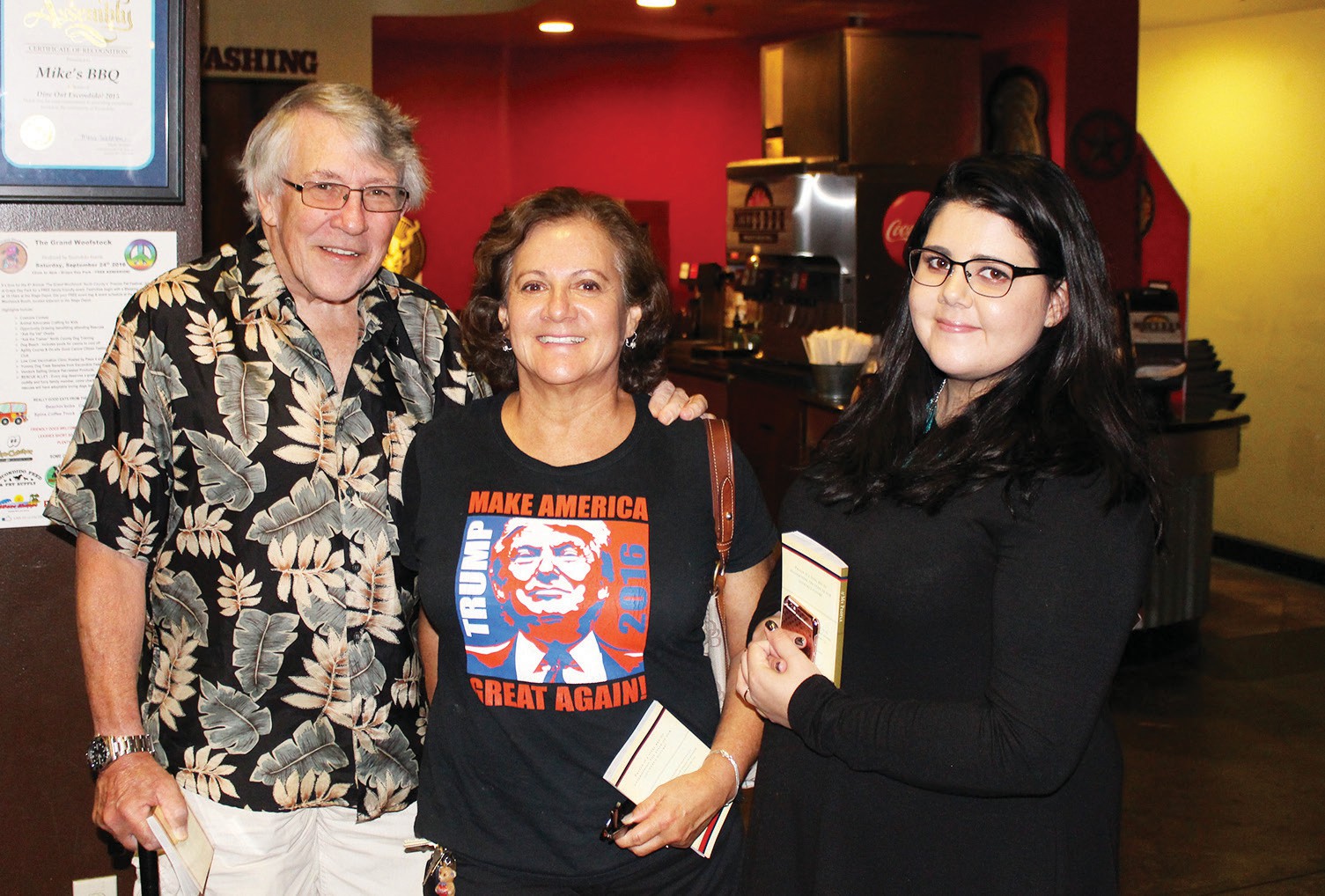 and Scarlett Meadows. Stella told the Times-Advocate that she loved the debate, and “I thought Donald Trump did a great job.” I also asked Stella if Trump needed to improve anything. She told me: “ Nope he did fine, don’t change a thing.”

Scarlett Meadows however, was a little more critical of Trump commenting, “that he (Trump) kept going off topic,” and “following bunny trails.”

Jonathan Sciano, who also watched the debate with keen interest told me, “Trump spent most of the debate trying to fend off Clinton’s constant bait and switch tactics.”

Debbie Lenson, who is one of the co-founders of the North County Conservatives told the Times-Advocate, “After tonight’s massive turn out” that the NCC will host another debate party next Tuesday, October 4 at 6 p.m. at Mikes BBQ. The two vice-presidential candidates will square off from Longwood University in Farmville, Virginia. The TA will be there to cover the event. Keep reading the Escondido TA for the latest on Election 2016.