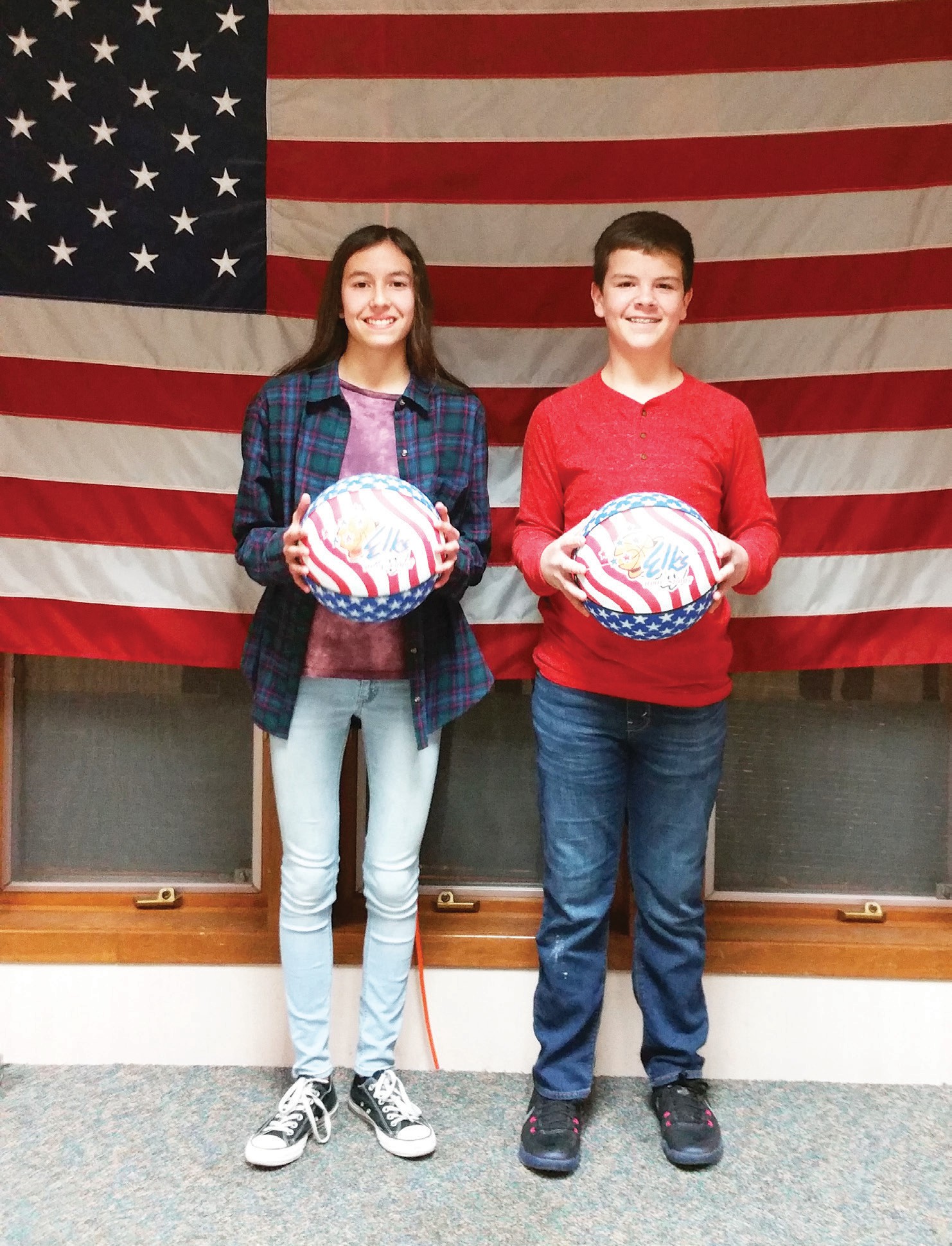 District competition for the 37th Annual Elks Hoop Shoot, the national free throw shooting contest for youngsters ages 8 through 13, was held at The Army-Navy Academy in Carlsbad on January 14.

Over three million youngsters from throughout the country entered last years competition for boys and girls in age categories 8-9; 10-11; and 12- 13. Each contestant has 25 shots at the hoop. The boy and girl in each age group with the best scores advance through four tiers of competition to qualify for the national finals on April 22 in Chicago.

Local winners competed against other contestants in the district event in Carlsbad. Twelve-year old Jessica Grant, sponsored by the Escondido elks Lodge #1687 shot a perfect 25 of 25 free throws and 13 year old Presley Bruskotter shot 20 of 25 free throws. These two will move on to the state competition.

Names of the national winners will be inscribed on the Elks National Hoop Shoot plaque, on permanent display in the Naismith Memorial Basketball Hall of Fame in Springfield, Massachusetts.