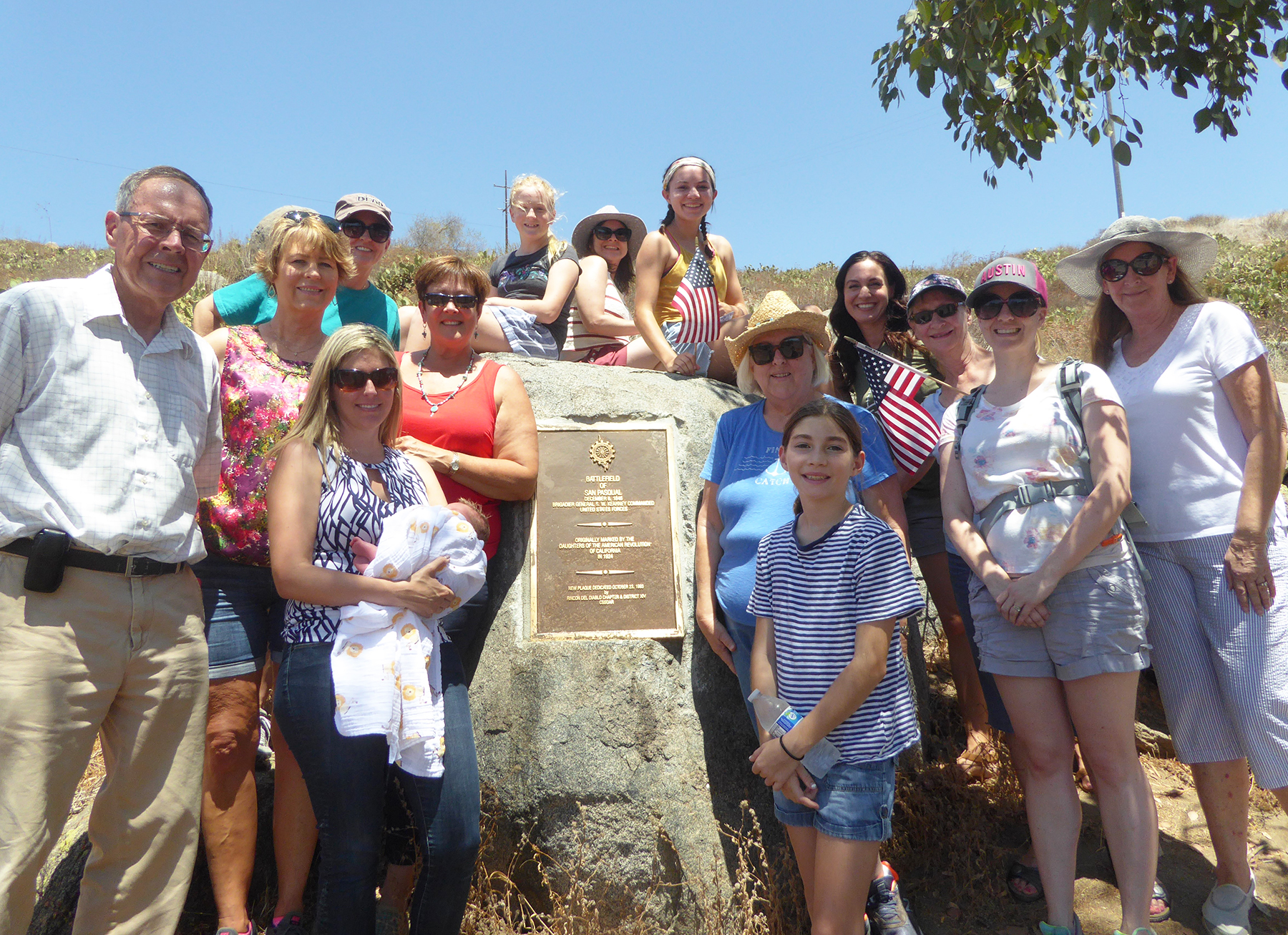 The National Society Daughters of the American Revolution Rincon del Diablo Chapter preserved a bit of San Diego history last weekend by cleaning up the historic marker denoting the San Pasqual Battlefield State Historic Park where the bloodiest California battle occurred during the Mexican-American War in 1846.

In 1993, the chapter and the San Diego DAR District XIV donated and replaced the plaque in the original 1924 marker. The work is part of the DAR’s ongoing commitment to educate citizens and preserve history.

DAR volunteers scrubbed and polished the plaque while others cleared weeds and brush from around the site.

Liza Pille-Speacht, chapter regent, spearheaded the project to “recognize the sacrifices that our Revolutionary, Civil and present-day American troops have made.” Senior park aide Gil Garcia acted as docent and historian for the group and detailed the location’s significance to the United States’s expansion and San Diego history.

As part of the DAR’s mission to keep history alive, the group donated their time to improve the plaque’s appearance. “This is what commemorative events are all about, “said Pille-Speacht. “Today we are remembering, honoring and celebrating those American soldiers and Californios who sacrificed their lives for what they believed.  Imagine the courage that took.”

The National Society Daughters of the American Revolution was founded in 1890 to promote historic preservation, education and patriotism. Its members are descended from the patriots who won American independence during the Revolutionary War.

With nearly 185,000 members in approximately 3,000 chapters worldwide, DAR is one of the world’s largest and most active service organizations. DAR members are committed to volunteer service having served more than 12.5 million hours in communities throughout the world during the past three years. To learn more about the work of today’s DAR, visit www.DAR.org or connect with DAR on social media at facebook.com/TodaysDAR, twitter.com/TodaysDAR and youtube.com/TodaysDAR.