The GOP, past and present. Escondido Resident Michelle Neuenswander, a supporter of Donald Trump in front of a photo of Republican icon Ronald Reagan.

It was standing room only at the Town and County convention center Monday night (May 9) where the Re­publican Party members of San Diego held their monthly meeting.

The crowd, which contained over 300 people, was there in support of Donald Trump. Michelle Neuenswan­der of Escondido is a Trump supporter and is “angry that local party leaders won’t get behind Trump.” She also said, “that if the leadership doesn’t get behind Trump soon then Hillary Clinton will win the election in No­vember.”

The GOP’s special guest for the evening was Tim Clark, California director for Donald Trump for Presi­dent. He spoke about the national debt, government corruption in Wash­ington D.C. and praised local 78th District Central Committee Member Woody Woodrum for his help in get­ting a volunteer force of 94,000 plus ready for the upcoming election in November against whomever wins the Democratic presidential race later this summer.

But things really got interesting when the Q&A session started. A young college student, Alan Dotson from San Diego asked Clark, “What is the Trump campaign going to do to help thirty to 20 year old college stu­dents.” Clark seemed stunned by Dot­son’s question and tried to dodge it but 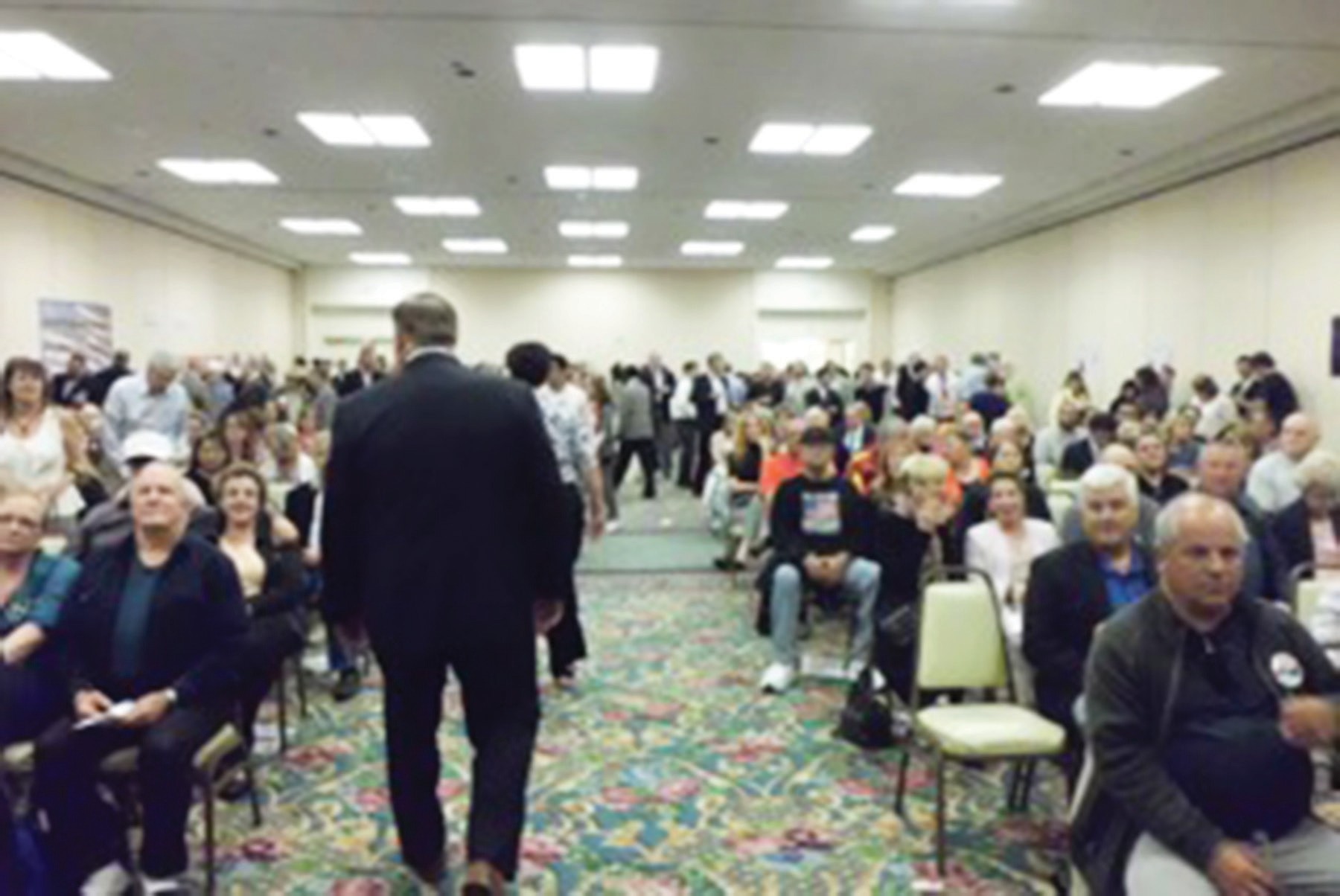 thought twice when he noticed that the local press was in the audience.

Clark then pointed to an unnamed person in the back who supposedly was in charge of getting college kids out to vote. Clark then said Dotson ought to go to college campuses to encourage people his age to get out to vote.

Dotson replied that he was “not sat­isfied with the answer.”

I interviewed Tim Clark following the conclusion of the meeting and pressed him regarding Dotson’s ques­tion. He referred me to “higher lead­ers of the Trump campaign who know more about that particular issue.”

Clark gave the same answer when asked how the Trump campaign was trying to reach former Ted Cruz sup­porters in San Diego to come out and vote for Trump in the June 7 Califor­nia primary.

So while there was plenty energy and excitement for Trump at this meeting; the people operating Donald Trump’s campaign in California ap­peared unorganized.

It’s too early to tell if this will have an effect on the general elections in November. Stay tuned to The Escon­dido Times-Advocate for continuing coverage of the 2016 elections here in North County.