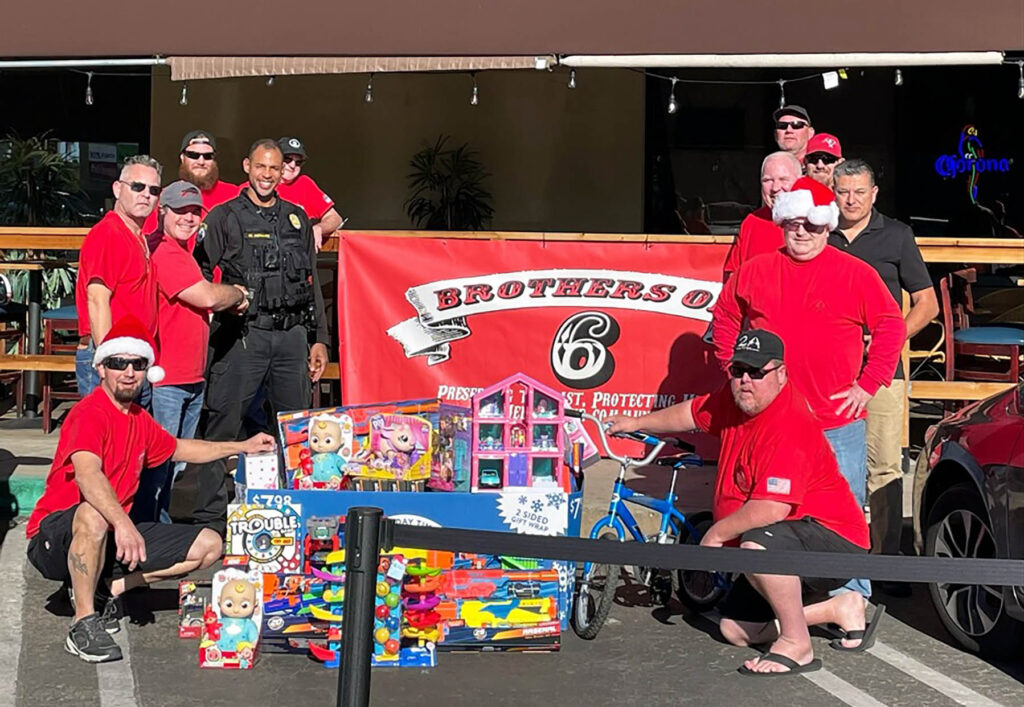 Brothers of 6 pictured with Officer Wayne Bernard of the Police Athletic League.

The Brothers of 6 Charities Inc., a North County San Diego historical preservation society, finished off the 2021 holiday season by donating over $4,500 to several local charities in their community.

They kicked off their holiday drive by partnering with Interfaith Community Services and purchasing and donating 14 bicycles to be distributed to the children of the patients of Interfaith as part of their “Adopt-a-Family” program.

The Brothers of 6 also donated over $1,200 in toys as part of a holiday toy drive in conjunction with the Boys and Girls Club of Escondido, the Escondido Police Athletic League and Sierra Madre Cantina. The Toys were received by Juan Magana, owner of the Sierra Madre Cantina on Sunday December 19, just in time for Christmas.

“The Sierra Madre Cantina served as the drop-off location for the toys that will distributed by both the Escondido Police athletic League and the Boys and Girls Club of Escondido later in the week,” noted Magana. “This is an annual event partnership that we know will only continue to grow bigger each year!”

“It was important for us to have a successful holiday drive this year, especially with what is going on with the current economy and hardships in our own local community,” said Bill McNaughton, president of Brothers of 6 Charities.  The local charity plans to continue this tradition moving forward for years to come.

To learn more about the Brothers of 6 Charities Inc., visit their website: www.brothersof 6.com 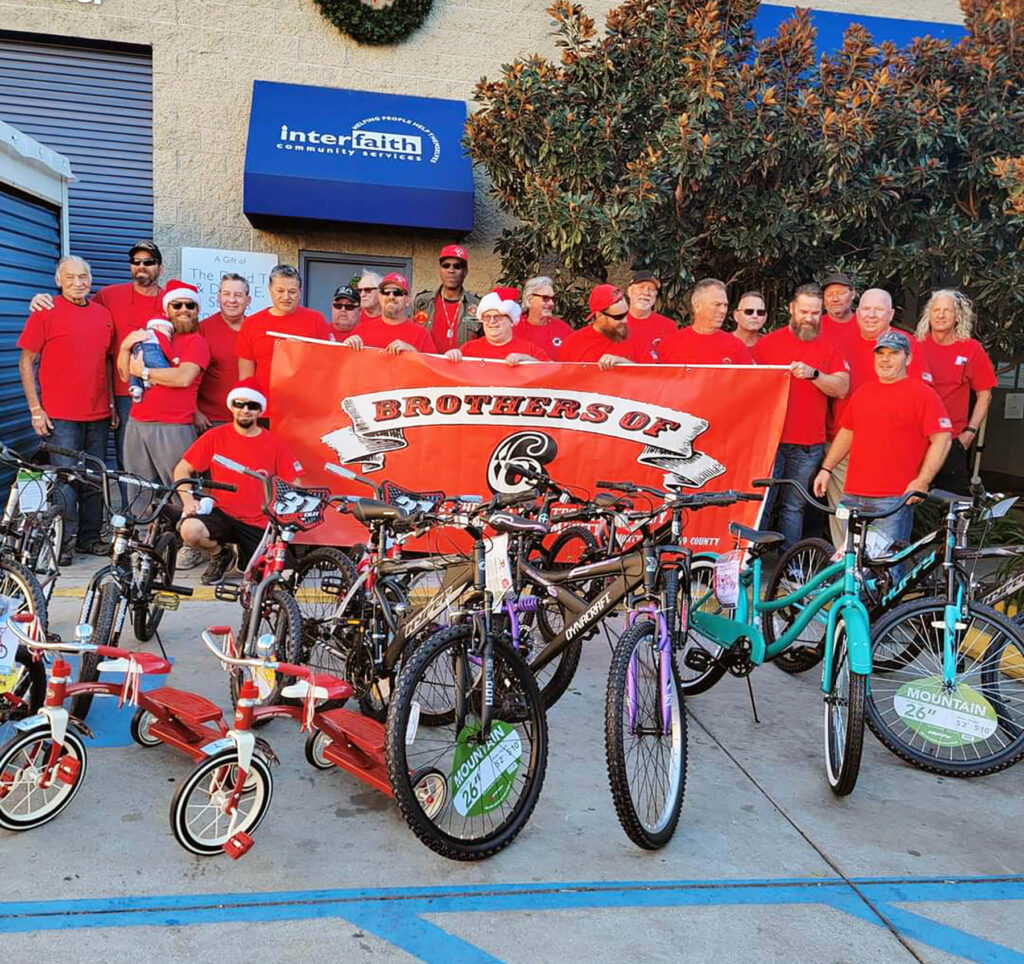