Local business leaders gathered Thursday (September 9) at an Escondido Chamber of Commerce forum to discuss the implications if statewide Proposition 64 (“Adult Use of Marijuana Act”) passes this November.

This comes after Washington and Colorado legalized Marijuana use. The Chamber’s guest speaker was Special Investigations Division and Public Information Office (PIO) Lt. Ed Varso of the Escondido Police Department.

Lt. Varso started by saying that “according to recent polling Prop 64 will pass.” According to the statewide California Counts survey done for KPBS San Diego and other PBS stations in California by the Institute for Social Research at Sacramento State University, Prop. 46 has “overwhelming support from Democrats but also a majority of support from Republicans in the state. Eighty percent of Democrats said they would vote for the proposition in November, while 53 percent of Republicans said they would vote for it.”

Varso said that Prop. 64, “will go into effect the day after the election on November 9th but “that the state of California will not have any regulatory rules in place until January 1st of 2018” regarding “the issuing of licenses and collection of taxes.”

Adults aged 21 and over would “be able to carry one ounce of Marijuana or eight grams of concentrated cannabis,” said Varso, adding, “People would be allowed to grow up to six plants at their residence whether it is indoors or outdoors for their own personal use.” However, “Local landlords do have the right to evict people who grow marijuana on their property.”

The City of Escondido passed an updated ordinance in January 2016 exempting itself from the many sections of the proposed law which designates state agencies to license and regulate marijuana industry. By exempting itself from proposed law the city is also not allowed to collect the 15% state excise tax on retail sales of marijuana, or the state cultivation taxes on marijuana of $9.25 per ounce of flowers and $2.75 per ounce on leaves.

The proposed law exempts medical marijuana from some taxation. It establishes packaging, labeling, advertising, and marketing standards and restrictions for marijuana products. It also prohibits marketing and advertising marijuana directly to minors. It allows local regulation and taxation of marijuana.

Reporter’s Note: If Prop. 64 passes, people driving through the City of Escondido could possess the drug in their vehicle without fear of getting pulled over by the Escondido PD under the proposed law.

Varso explained how this would work as of November 9: “Say if a person drives from Escondido to Valley Center with marijuana it is legal under the new law” and “there is very little we (Escondido PD) can do about it,” after the proposed law goes into effect.

Also sellers of marijuana from outside of the City of Escondido could also deliver orders to customers within city limits under the proposed law. This would override two parts of Escondido’s current ordinance, which prohibit these two things from happening. They would go away after November 9, 2016 if Prop. 64 passes.

Varso said the new law “would significantly reduce the remaining penalties regarding the consumption and possession of marijuana.” He added that it would “reduce the penalties for juveniles from minor drug crimes to drug counseling,” under the proposed law.

State and Local law enforcement “would also be prevented from going after people under federal laws if Prop. 64 is enacted.” “The penalty of selling of marijuana to children under the age of 18 will remain the same under the proposed law,” said Varso.

Escondido Police Chief Craig Carter and a small task force visited Colorado to study the ramifications of its version of the proposed law, which does much of what the California law will do. According to local and state officials, “Emergency Room visits as a result of marijuana went up by 86%, and 115%” for children and young adults. “Violent crime was up statewide by fifteen percent,” after the new law took effect. And finally “car insurance, home prices and rents all rose by fifteen percent.” 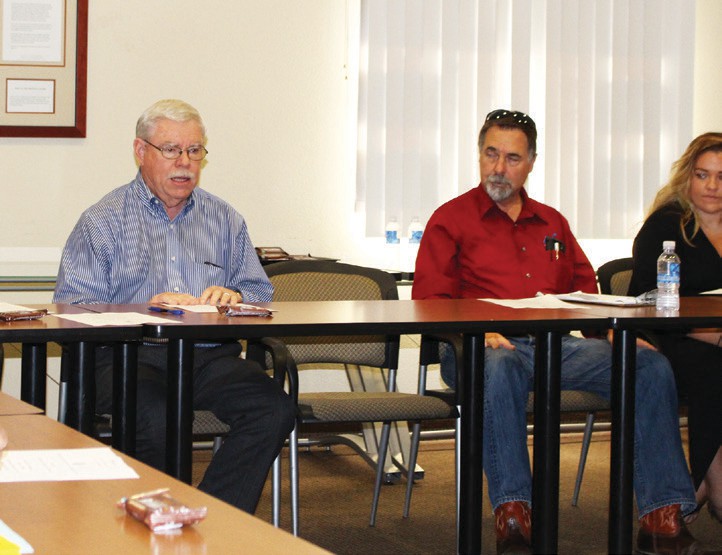 of the San Diego Regional Office for the California Department of Insurance to ask how the proposed law would affect insurance rates in California.

He did not return our call, however, an official who did not want to be named from the Sacramento office got back to us to say, “We can’t even begin to estimate how this would effect insurance rates in the state of California.”

We also contacted Janet Ruiz, who represents the independent non-profit Insurance Information Institute in San Francisco, who said, “We don’t know if rates will go up at all.”

She added, “It is illegal under Proposition 103 to raise someone’s insurance rates before an accident or accidents happen,” and, an insurance company “cannot discriminate against a person because of gender or race.”

Note: In this case insurance companies cannot use Proposition 64 to raise rates because nothing has happened yet. Rates are based only on prior incidents as mandated by Proposition 103, which passed in 1988. Ruiz said, “It will take three to five years before we know how this (Prop. 46) will effect insurance rates in the state of California.”

Halfway through Lt. Varso’s presentation there was an impromptu Q & A session. A man in the audience asked how banks were supposed to do business with owners of marijuana when the banks were FDIC Insured and where would the tax revenue come from since marijuana sales is a cash business?

Varso said, “It IS a cash business, and the dispensaries or facilities in Colorado have had the exact same problem where it is cash only and they can’t just show up to deposit their money or revenue at the bank.”

The marijuana facilities “are subject to robberies” and “we have them already in San Diego with some dispensaries being robbed,” he said.

Regarding tax revenue from marijuana sales, Varso said, “I have heard the same argument that it would be challenging for the state to really know if it is collecting all the tax revenue it is entitled to.”

Instead of asking a question, one man gave a ten minute dissertation on the Prohibition years (1920-1933). He also disagreed with Lt. Varso’s presentation and the information Chief Carter’s task force brought back from Colorado.

The man said he called the Chamber of Commerce and Denver Police Department. “They [Colorado officials] say there really has been no sky fall. People aren’t leaving the dispensaries or running over and shooting heroin,” he said.

He asked, “Are they [the government] tracking the purchases?” and asked if he was “going to lose my gun rights because I or my family consumed marijuana,” citing the Gun Control Act of 1968 which states “Gun owners who are caught illegally handling cannabis may face severe punishment due to federal statutes that set mandatory sentencing for drug offenses involving firearms at five years in a federal prison for the first gun and 25 years for each additional one.”

Varso responded, “This isn’t the world seen by Ed Varso or the Escondido Police Department. It is data we have out there showing some of law enforcement concerns of what this (Prop. 64) may look like for us.”

Note: According to court records a man was convicted under the Gun Control Act of 1968 for possessing marijuana. Weldon Angelos was sentenced to 55 years in federal prison in 2002 for carrying marijuana along with a few handguns in his possession. Angelos’s story made national news on ABC News’s Nightline. In May of this year Angelos received an early release after the prosecutor had a change of heart. For more on Weldon Angelos’s story go to: http:// abcnews.go.com/US/federal-judgeregrets55-year-marijuana-sentence/ story?id=28869467

And keep reading the Escondido Times-Advocate for the latest on Election 2016.