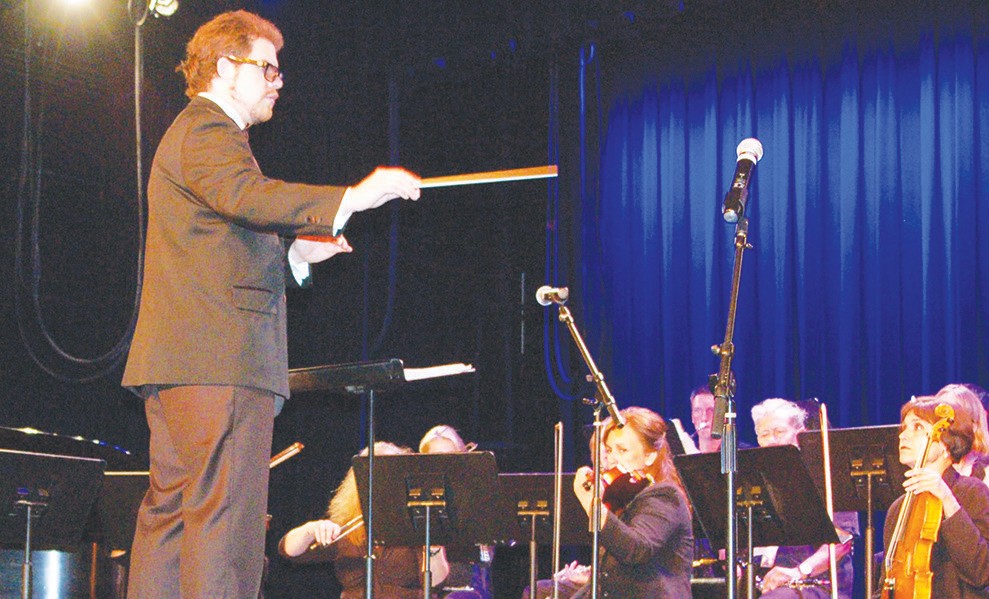 The Valley Center Library in July will introduce the musical instruments of the orchestra to youngsters through a series of “mini-concerts” on Tuesdays from 1:30¬2:30 p.m. This fun and educational musical series will be brought to you by the VC Symphony, sponsored by the Friends of the Valley Center Library. The program is appropriate for children from ages 4-11 and, those of any age who enjoys good music.

The peak of the experience will come when the entire orchestra will perform “Peter and the Wolf” by Sergei Prokofiev narrated by librarian Richard Rivera on Saturday July 25 from 3 ¬4 p.m. Rivera has a theatrical background, and is just coming off of several weeks of playing Cassius in Shakespeare’s “Julius Caesar” in Temecula.

Each Tuesday the subject will be a different section of the orchestra. In “Peter and the Wolf” animals and characters are represented by specific instruments. The cat is represented by the clarinet, the duck by the oboe, a bird by a flute, the grandfather by a bassoon and the evil wolf by the French horn.

Dates for the mini-concerts are July 7 strings, July 14, brass and percussion and on July 21 the woodwind section. For the July 21 mini-concert, Emma Davidson, an elementary school student, will sing “Let It Go” from the movie “Frozen.”

Ed Labrado, a member of the orchestra, told The Times Advocate, “We are going to introduce various instruments to the children and adults. We thought it would be interesting to play a little section of the composition to correlate it with the characters.” He added, “We are hoping to interest children in how reading can be used with music.”

The symphony will be conducted by Matt Owensby, a graduate of Valley Center High School, who later attended Chapman College, and who is now in the graduate program in composition at the San Francisco Conservatory of Music.

The symphony has about 20 members, ranging from retirees to college students, high school students and even a few professional musicians, although they play as volunteers.

“Valley Center is rather unique to have its own orchestra,” Labrado said. “We are providing opportunities in our community to play classical music. This allow strings students to have a place to perform.” The orchestra is made up of volunteers. It occasionally provides the “pit orchestra” for local theatrical groups, and has played for “The Sound of Music,” “The King and I” and Fiddler on the Roof” at the Maxine Theater and Ridgeview Church.

In April Rivera narrated “Oscar Night” when various film scores were celebrated by the orchestra. In October it will perform a Halloween show, which will also be narrated by Rivera.

Future performances of “Peter and the Wolf,” or compositions like it may include an audiovisual component since the library was recently informed that it will be the recipient of a $54,000 grant from the County of San Diego to install an audiovisual system. Labrado, who wrote the successful grant, said, “We are really excited about it.” The system is expected to be installed this autumn.

“Musicians like to play this score [of “Peter and the Wolf”]” said Labrado. It’s challenging. Not real difficult but not easy either.”

Rivera added, “I’m going to enjoy doing it because it’s a children’s classic. So many instruments play so many different characters and being able to tie them together without reading a lick of music will be fun.”

Speaking of reading: The library has many books about classical music, about Peter and the Wolf and about Sergei Prokofiev. Just call the library at 760-749-1305. The library is located at 29200 Cole Grade Rd, Valley Center.