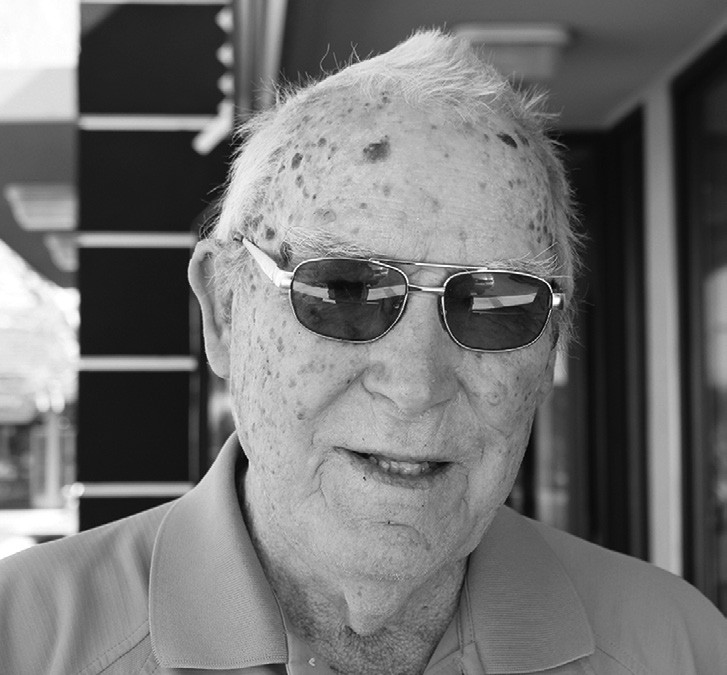 Close your eyes. Try to visualize what Escondido, especially downtown, looked like 60-plus years ago. Impossi­ble, isn’t it, except for those of us Who were there?

Well, come with me. Let’s take a stroll down memory lane. I’m going to try to paint a mental image of “what was where” that year of 1952 (and right around the turn of the decade) when I first began work as a reporter with the Daily Times-Advocate. Some places (establishments and agencies) are gone, probably forever; some have just re­located. There was no Interstate 15; there was no freeway 78; there was no Kit Carson Park; there was no shop­ping mall complex; there was no flood- control channel; there was no Auto Park; there were no one-way streets; there was no tree-lined median down the center of Grand Avenue (which al­lowed the Jaycees’ annual Christmas parade to march from east to west along an unhindered avenue). There was only high school – the three-story brick Escondido High School on the hill, at Fourth and Hickory. The football field was at the northwest corner of Fig and Valley (about eight blocks away).

Centre City Parkway was Highway 395; Mission Avenue was Grant Ave­nue; El Norte Parkway as Hill Avenue; Valley Parkway from Hickory through downtown was Ohio Avenue. Much of Valley Parkway east of Ash was shy of business development and outside the city limits, still a few years away from being annexed.

The Bulen Dairy encompassed much of what is now the Office Depot/ Walmart shopping area. Grand Avenue on the east dead-ended at the top of the grade just east of Ash, where the Bulen family house still stands on the north sire of the street.

Another block down at the northeast corner of Grand and Juniper was the Car-Hop, where you could pull up in your car, roll down the window, order a burger and malt and have them deliv­ered on a tray right to your car.

Back on Grand Avenue, at the north­west corner with Juniper was the Piggly Wiggly market. Down the street on the same side were the Arcade shops, with the Elks Lodge on the second floor. Mc­Mahon’s furniture store and Port’s men store were in the same block as you ap­proached Kalmia Street.

Across the street in that same 200 block of East Grand Avenue were the Daily Times-Advocate building (with its press room off the rear alley); Let’s Sweet Shop; George Bartley’s real es­tate office; the Escondido Mutual Water Co. office; the Pala Theater and Ken Roberts’ men’s store at the southeast corner with Kalmia.

Right around the corner on Kalmia just before the alley was Jedlicka’s shoe repair. (Note: When the Pala The­ater closed down later, it was converted to Escondido’s first bowling alley, the four-lane Pala Bowl, owned and oper­ated by Everett Rose.)

Art Hollis’s sporting goods store (lat­er purchased by Bob Goodbody) was at the northwest corner of Grand and Kal­mia. Just down the block was Churchill and Cassou hardware, with its wooden floors. Across Grand at the southwest corner with Kalmia was the store hous­ing the Wardrobe men’s store and the Mercantile women’s apparel. Down the block on the same side were the

There were three traditional drug stores, each with a lunch counter (any­one for a bowl of soup or a B.L.T., or how about a chocolate malt?): Ting’s at the northeast corner of Grand and Broadway; Beebe’s (later to become Meston’s) across the street next to D’Agosta’s; and Hoffman’s in the 100 block of West Grand in the vicinity of What is now Filippi’s Pizza.

There were two banks, both at the intersection of Grand and Broadway: Bank of America at the southeast cor­ner (next to Beebe’s) and Security Bank at the northwest corner. On that same side of the street down from Security and Hoffman’s gas the Logan Hotel. Across the street was the Chat and Chew Cafe, owned and operated by Ted McCain, a former city mayor. (It preceded Champion’s Restaurant.) J.C. Penney was at the southeast corner of Grand and Maple. Sears’ store was at the northwest corner of Broadway and Second, site of the former H. Johnson furniture store. Across Broadway at the northeast corner with Second was the Bell Telephone Co. (remember the Sherwood five prefix.)

There were two pool hall/card rooms on Grand Avenue: the Metro in the 100 block east on the north side; the other in the middle of the 100 block west on the south side.

Citrus crops, barely existent today, were still thriving in the early Fifties. The Escondido lemon packing plant, reputed to be the largest in the country under one roof, was in the area now oc­cupied by the Barnes and Noble shop­ping complex — and adjacent to the railroad. A camp of cabins for migrant pickers was in the area now occupied by the transit center on West Valley Parkway. The orange packing plant was on Metcalf between Washington and Grant Avenue (Mission).

Rube Nelson’s market, whose owner was a local “character,” was at the north­west corner of Broadway and Washing­ton, current site of Stater Brothers mar­ket. Where was the one Greyhound bus stop in town? At the southeast corner of Kalmia and Ohio, where Dick Bland­ford and his wife operated a small ticket depot and lunch counter. Next door on Ohio was Jack Owens’s radiator shop.

Escondido Creek, with a light trickle most of the year, meandered through Grape Day Park, devoid of all facili­ties except for a seldom-used concrete stage/bandstand. Across Broadway from the park was a row of rental cot­tages.

Down at the northwest corner of Tenth and Escondido Boulevard was the quaint little Laura’s Italian res­taurant, owned and operated by the Scardino family and named for Mrs. Scardino. And the La Tapatia Mexican restaurant, perhaps the only business along Grand Avenue still operating to­day as it did 60-plus years ago, is in the same location today as it was then (300 block west between Escondido Boule­vard and Orange Street), although en­larged, remodeled and under different ownership.

What a dramatic change “our town” has undergone in those 60-plus years. Put imagine the evolution over the city’s full 128 years of existence from its incorporation as a promising rural newcomer in the Hidden Valley in Oc­tober 1888.