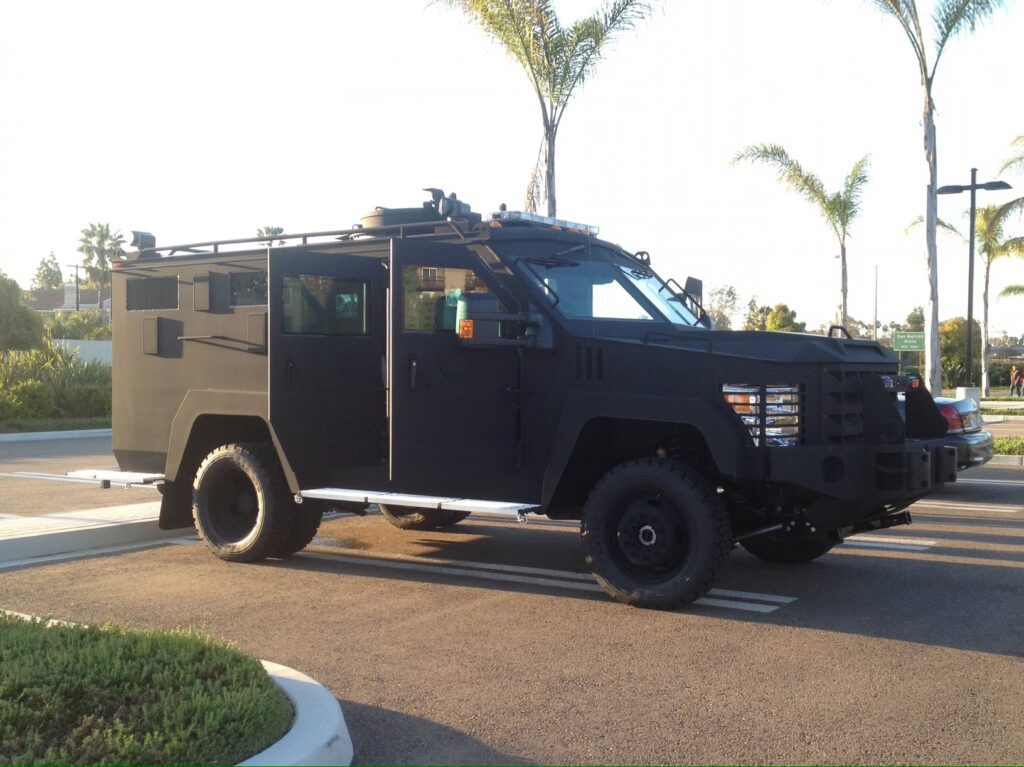 The Bearcat armored car used in the pursuit.

An extended pursuit that led police up and down Hwy 78 and along I-5, ended early Monday morning in Escondido, where a murder suspect was shot and killed by police after he wounded one officer in the chest.

The pursuit began with a homicide Sunday afternoon  in Vista where Sheriff’s deputies found Florencio Rodriguez, 42 the 1300 block of Teelin Avenue in Vista fatally shot in the driveway of his home.

According to Lt. Thomas Seiver of the Sheriff’s homicide unit: “Sheriff’s Homicide detectives continued their investigation and identified 39-year-old Roberto Cazares Salgado as the suspect in the murder of Florencio. Salgado’s information was shared with other law enforcement agencies in the region.”

Lt. Seiver added, “Later in the evening, officers with the Escondido Police Department located Salgado resulting in a vehicle pursuit. The pursuit ultimately concluded with Escondido Police officers involved in a shooting with Salgado in Escondido.”

According to Escondido Police Department Public Information Officer Lt. Bode Berreth, a bulletin was put out on the wanted person and vehicle shortly after 6 p.m. Sunday.

“Around 11:19 p.m., one of our patrol officers initiated a traffic stop.” This appears to have happened near the vicinity of the Walgreen’s on Washington Avenue. The three-hour pursuit began.

The pursuit lasted several hours up and down Hwy 78 and along I-15. Finally, the suspect exited the freeway and reentered Escondido. At this point officers deployed spike strips, which deflated three of the tires and reduced the suspect to 5 mph.

At this point the Escondido and Oceanside police Bearcat armored cars joined the pursuit in part because of the slow speeds and to increase officer safety.

Finally, someone figured out that the suspect’s vehicle had an OnStar, which the police contacted. They were able to shut off the vehicle remotely. The vehicle came to a stop near the intersection of Mission & Gamble at  2:49 a.m. 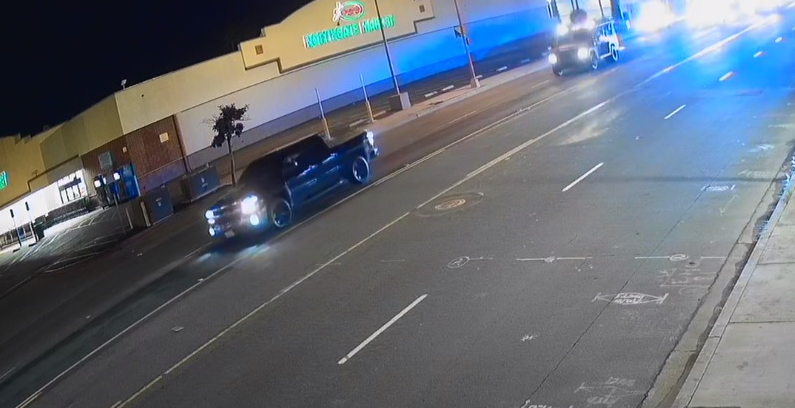 Salgado exited the vehicle and gunshots were exchanged between him and two Escondido PD officers. Salgado fired a semiautomatic handgun that hit one of the officers in the left chest. The officers returned fire multiple times. Salgado was hit several times. He was transported to Palomar Medical Center where he was pronounced dead.

The injured officer was wearing body armor and was released after several hours from the hospital and went home.

A woman was found in the suspect’s car as a passenger. She was the suspect’s cousin. This is an ongoing story and the press has not yet learned what, if any, role the woman had in the homicide.

A multiagency investigation is being conducted, according to  Lt. Berreth.