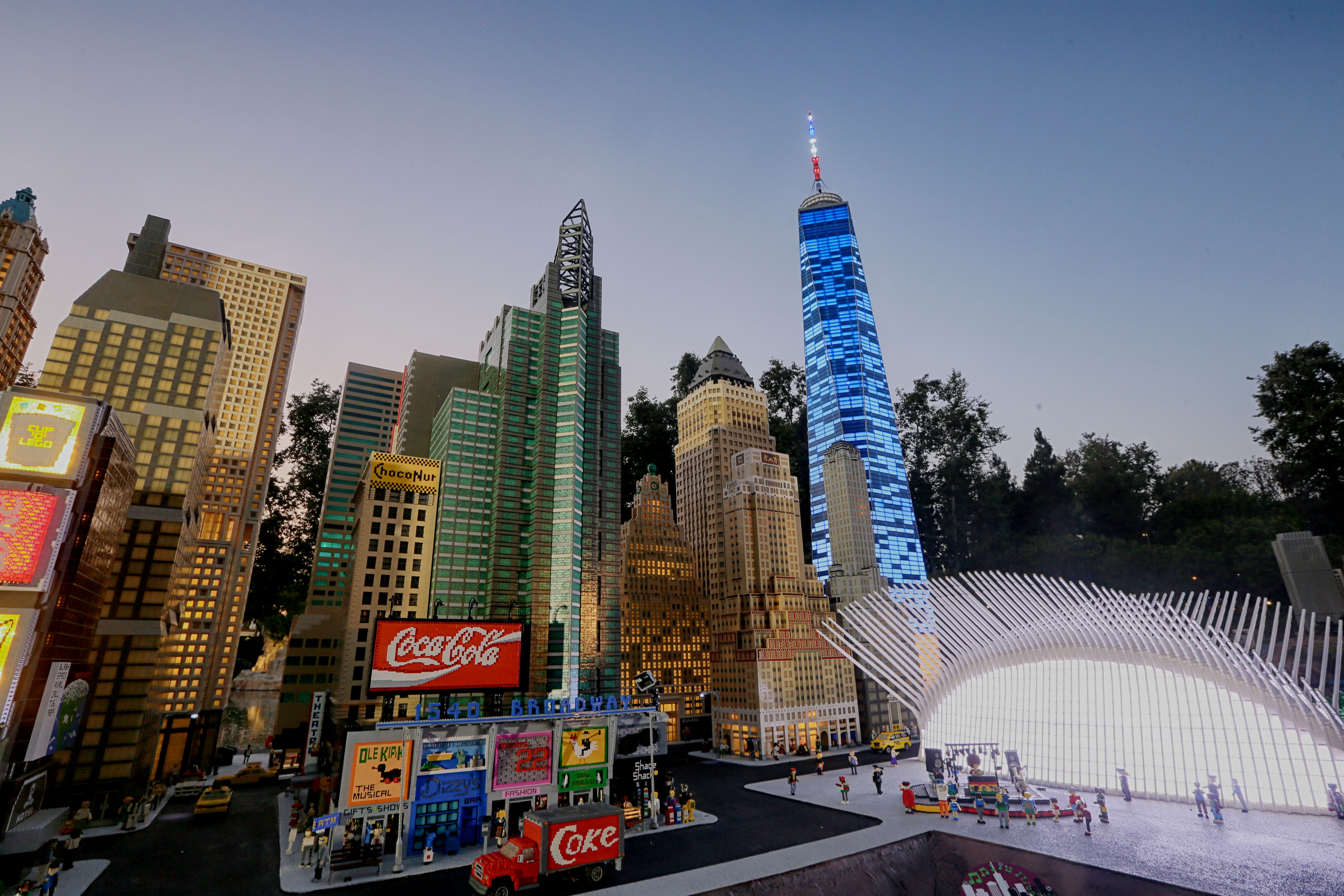 CARLSBAD, Calif. (June 30, 2016) –
Red, white and blue confetti rocketed through the sky as LEGOLAND®
California Resort kicked off Independence Day weekend by unveiling the
tallest LEGO® building in the United States of America, the
One World Trade Center! The skyscraping LEGO model is featured in the
newly

Prior
to the ribbon cutting ceremony, the national anthem was performed by a
brass band and Lady Liberty and Uncle Sam walked on stilts greeting
guests. Hometown heroes from the Carlsbad Police Department and Carlsbad
Fire Department gathered around the miniature Big Apple as honorary
guests Carlsbad Police Chief Neil Gallucci and

The
One World Trade Center LEGO model is built with more than 250,000 LEGO
bricks, and took eight Master Model Builders more than 1200 hours to
build. This dynamic structure weighs more than 1,000 pounds and towers
at a record breaking 26 feet, making it the tallest LEGO model in the
U.S. For the first time ever, guests can use a special

Miniland
New York and the One World Trade Center LEGO model open in time for the
Resort’s Red White and Boom! 4th of the July celebration. The family
fun event features activities such as water-balloon tosses, burlap sack
races, patriotic stroller parade, building activities and a fireworks
display at 8:30 p.m. The new LEGO models and

Independence Day event are included with the
price of admission to LEGOLAND California Resort. For more information,
log onto www.LEGOLAND.com or call (760) 918-LEGO (5346).