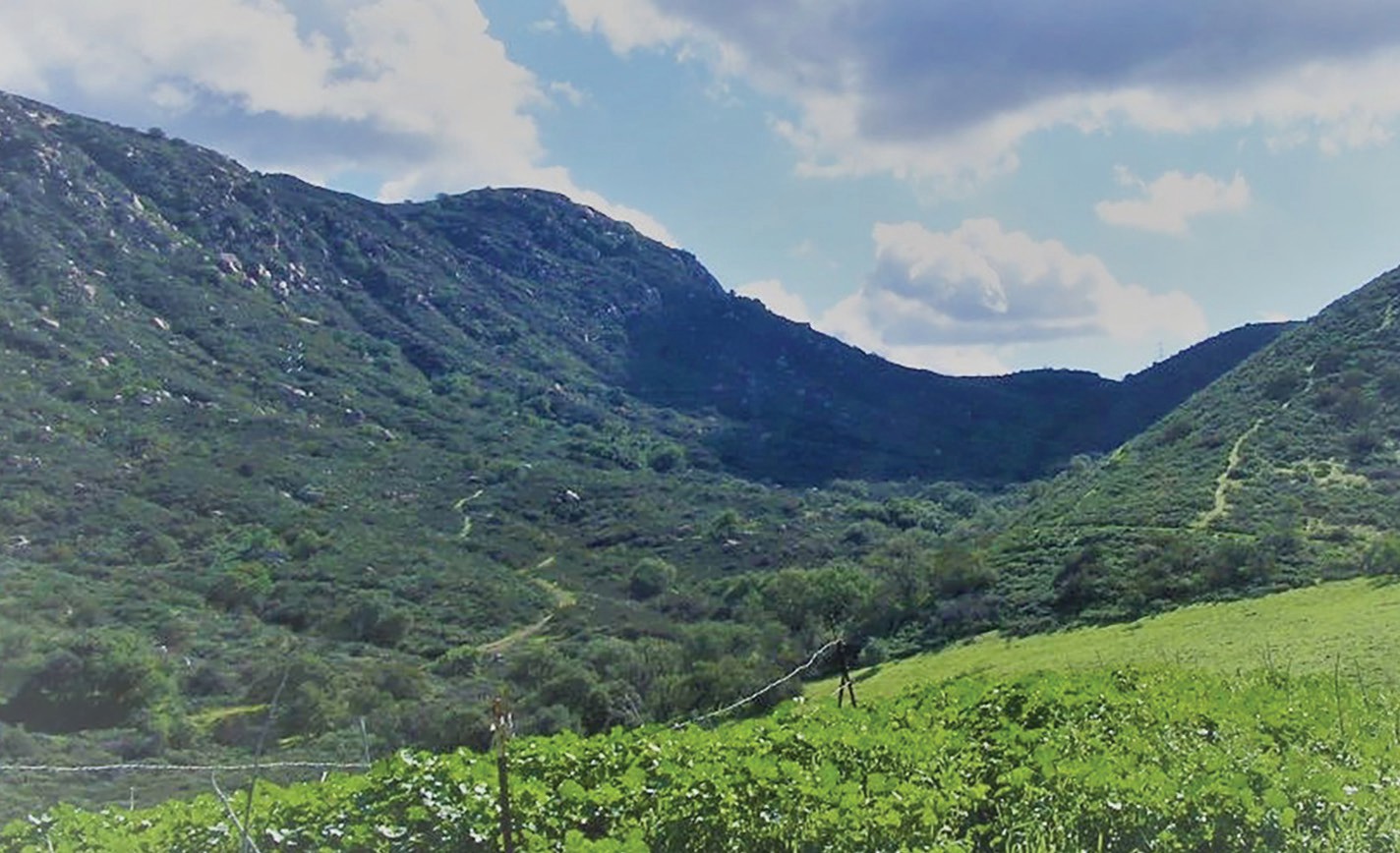 Gregory Canyon, long the focus of an attempt to site a landfill, will now be preserved in its pristine state — forever.

The saga of Gregory Canyon Landfill has ended. The dump is dead.

The issue over whether there will or won’t be a dump at Gregory Canyon has loomed as an issue in North County for nearly three decades. In 1994 the voters of San Diego County approved of putting a dump at this site which is near the intersection of I-15 and Hwy 76. However, the dump was never able to escape from a myriad of other permitting and legal challenges over the years.

Now, with the stroke of a pen, the issue has been ended. The Pala Band of Mission Indians announced on Thursday that it has purchased the portion of the property that includes the former landfill site from GCL LLC, the owners. The purchase includes nearly 700 acres.

The land the tribe purchased includes Gregory Mountain (Chokla) and most of Gregory Canyon. Chokla, Medicine Rock, and other spiritual and cultural sites on the property will now be protected forever.

According to Pala Environmental Director and Tribal Historic Preservation Officer Shasta Gaughen, “Critical wildlife habitat, endangered species, and the San Luis Rey River will be spared the threat posed by millions of tons of polluting garbage.”

In their discussions with the Pala band, GCL came to appreciate the importance of the surrounding community and the interest in preserving a cultural landscape. GCL has begun to explore alternative uses for the remaining land which include residential and commercial development. The Pala band has long urged developers to consider such alternative uses for the property and has agreed to support for GCL throughout this process.

The seller and buyer cooperated to negotiate the sale of a portion of the property that included the former landfill site. This represents a new beginning for GCL, the Pala Band, and the neighboring community.

Robert Smith, chairman of the Pala Band, told The Times-Advocate, “The Pala Band of Mission Indians is very pleased to have been able to work cooperatively with GCL to achieve a result that protects both our sacred sites and the water resources critical to numerous users along the river.”

Pala Environmental Director and Tribal Historic Preservation Officer Shasta Gaughen added, “This is a victory not just for Pala but for all Native people who continue the fight to protect sacred lands and waters all over the country. We are relieved to know that sacred Chokla will never again be threatened.”

Todd Mikles, principal of GCL, stated that, “Since my involvement two years ago, I made it a priority to understand the concerns of the Pala Band and neighboring community. I commend Chairman Smith and the entire Pala Band on working with us to reach a resolution. We are excited about the prospect of benefiting North County San Diego in the future.”

Gaughen added, “This outcome was possible only with the cooperation of the new property owner, GCL, LLC, which retained ownership of the remaining portion of the property. Instead of building a landfill, with Pala’s renewed cooperation, GCL proposes a residential and commercial development in other areas of the property off of the mountain and outside of the canyon. The protection of sacred and cultural sites and critical water sources were the primary reasons that Pala, other Tribes, environmental groups, and concerned citizens strongly opposed the proposed landfill. GCL’s residential and commercial development eliminates those impacts and is the type of alternative use of the property that Pala long urged developers to consider. GCL and Pala worked together to make this alternative use a viable option for the property.”

The land purchased by the tribe includes the Luiseno sacred site on Gregory Mountain. “That was the whole structure of the deal. We wanted everything that has sacred significance or cultural significance,” Gaughen said.

Although GCL still owns the remaining approximate 1,000 acres, the purchase eliminates the possibility of a landfill in Gregory Canyon. “There won’t be a landfill,” Gaughen said. “The portion that we purchased is the only place that a landfill could go on this property.”

The Pala tribe does not intend to erect any structures on the land it purchased. It plans to manage it as a natural space, i.e. keep it as is.

The buffer area included the former Verboom Dairy, which was the last dairy along the San Luis Rey River, and GCL maintains ownership of the Verboom Dairy property as well as other land.

“They plan to do some other sort of housing or commercial development,” Gaughen said.

Because the Solid Waste Facility zoning classification was created by voter initiative, the county’s Zoning Ordinance has no specifications about what else is allowed or prohibited on land with such zoning. A parcel in Otay Mesa was subsequently rezoned for Solid Waste Facility use by the San Diego County Board of Supervisors. GCL will thus likely need to rezone the property for the residential and commercial structures to be built.

The initiative passed by the voters in 1994 would require that any such changes be done at the ballot box. Gaughen said. “The initiative made that a requirement that it could only be changed through a subsequent initiative.”

The land still owned by GCL is also subject to Native American monitoring to ensure that no Luiseño artifacts or other cultural remnants are disturbed. “They still have to go through the consultation process for any permits they have to obtain,” Gaughen said. “There still will be involvement by tribes.”

Negotiations between Pala and GCL to purchase the property began in September. “It took a while to get to a point where we all could agree,” Gaughen said.

Ruth Harber, a Valley Center resident who has fought the dump for 28 years, commented, “Call me a Nimby if you will — without Nimbys such as our groups of opponents, the dump would have succeeded in filling the canyon with garbage and desecrating a mountain the Pala Band of Mission Indians considered sacred. It’s been a very long and frustrating 28 years. We won some legal battles, lost others. Many of our supporters eventually gave up, some moved away, others died but still, we retained a core of fighters and the support of the Pala Band, environmental groups, the City of Oceanside, and others too numerous to list.” See Mrs. Harber’s letter to the editor in the opinion section for her completed remarks.

Note: some parts of this article were contributed by special Times-Advocate correspondent Joe Naiman.