Lake Wohlford trout opener backs up cars half a mile 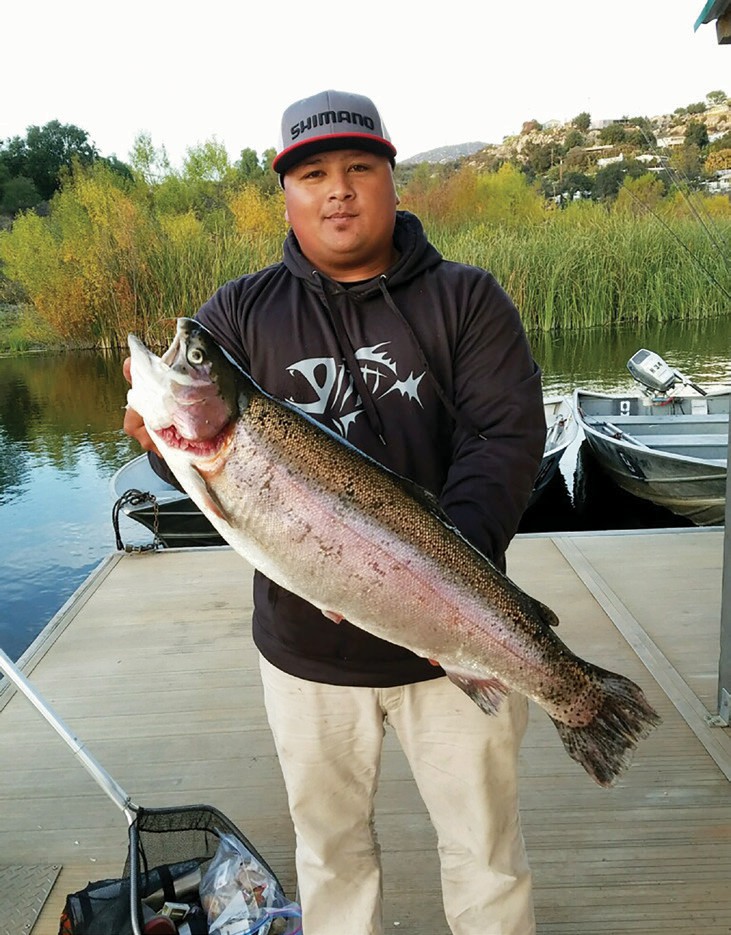 Daniel Fernandez, of Downey with his 14.5-pound trout.

Last week the City of Escondido stocked 6,000 pounds Nebraska Tailwalker rainbows, for the annual trout opener at Lake Wohlford. The lake had been closed since December 4, and the day of the plant was kept a secret.

For the December 10 opener, cars were backed up a half a mile at 6 a.m., waiting to get into the entrance, according to Ranger Andy Anderson. The opener was expected to produce similar results as the city’s Dixon Lake opener the previous weekend, where a lake record was broken with a 16.41 pounder.

Daniel Fernandez, of Downey, recorded the largest trout, at 14.5 pounds, caught at the buoy line using a Smokin Jigz. Bruce Smith, of Clairemont, used a hand-tied white leech fly to catch the second largest fish of the day, 11.7 pounds, from a boat just outside of Willow Cove.

Ranger Anderson says there were reports of 16-pounder weighed in, but apparently the angler didn’t wait around long enough to get a picture or record the fish. The lake’s 2013 record of a 16.95 pounder still stands, held by Phanomuanh Khounborin, of San Marcos.

Getting onto the lake was a challenge, however. With the city no longer offering fishing permits across the street at Smokey’s Lake Wohlford Café, confusion rained for 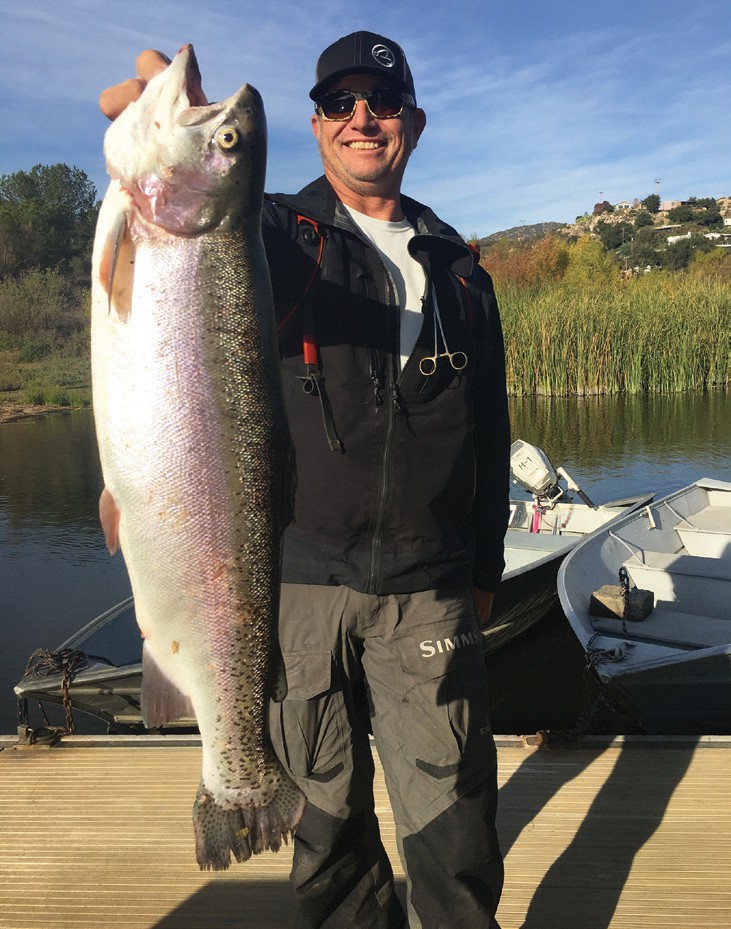 Bruce Smith, of Clairemont caught the second largest fish of the day, 11.7 pounds.

A new “Iron Ranger” machine at the ranger station was supposed to be up and running to sell fishing permits. It wasn’t. So permits were being sold out of the ranger station, but their credit card machine lost service into the morning hours. “It was a disaster,” said one angler, who waited a long time to get on the water.

Lake Supt. Dan Hippert said the decision was made earlier in the year to sell the permits directly to anglers at the ranger station. A few insiders say the city became weary of delayed payments from the café, thus the change was made. The café still sells bait, tackle, and state fishing licenses. (The Dept. of Fish and Wildlife still stock other species in Wohlford, thus a state license is required.)

Opening day anglers also found the quickly growing reeds have almost chocked out popular shoreline areas, include Boat Cove and the Senior Shoreline. With the drought, lake levels have become static, allowing the reeds to flourish. “When the lake level would raise and lower with rains, the reeds weren’t a problem,” said Ranger George Scalo.

Unfortunately, city water officials probably won’t address to the need to eradicate the strangling reeds until the proposed heightening of the dam project takes place in the next few years.