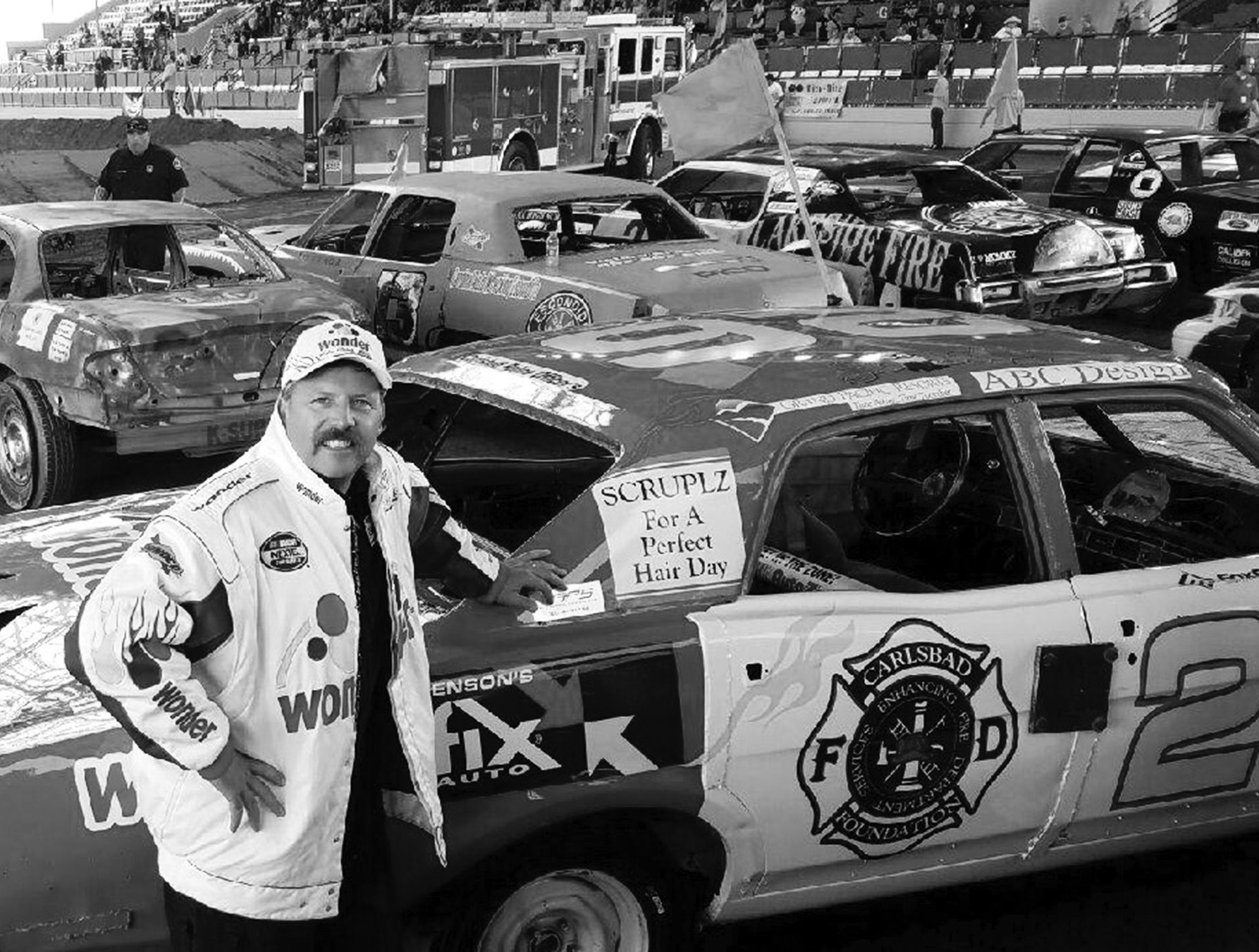 Escondido resident Jeff Chumbley at the Del Mar Fair. He raised the most money this year at the Firefighters Destruction Derby.

The current format for the Firefight­ers Destruction Derby, which is part of the Fire and Safety Exposition at the San Diego County Fair involves three early afternoon heats with the last two running cars in each heat qualifying for the final, two last chance heats in the late afternoon to allow the last remaining cars in each of those heats into the concluding competition, and the final itself.

The driver from the fire department, which raised the most money for the Burn Institute is also allowed to drive in the final if he has an operational car.

Jeff Chumbley, who lives in Escon­dido and works for the Carlsbad Fire Department, where he is a battalion chief, raised the most money this year. Chumbley wasn’t even able to contest the last chance heat June 4, but Escon­dido Fire Department driver Alex Koji let Chumbley use the Escondido car for the final.

“That was awesome. That was a classic act of Escondido,” Chumbley said.

In 1995 the Cajon Speedway, the Burn Institute, and local fire depart­ments collaborated for an annual night, which included fundraising and pro­motions for the Burn Institute, a pre- race parade of fire trucks, an American flag raised from a fire engine ladder for the Star-Spangled Banner, and a Firefighters Destruction Derby.

The Burn Institute and local fire­fighters also collaborated for an annual exposition and burn run at Qualcomm Stadium. Cajon Speedway closed af­ter the 2004 season, but in 2010 the Fire and Safety Exposition was moved to the San Diego County Fair and the Firefighters Destruction Derby re­turned after a five-year absence. Some changes due to the configuration of the Del Mar Arena were necessary. The parade of fire trucks takes place ear­lier in the day and now also includes ambulances, the flag is not raised from a ladder inside the covered arena, and the cars are divided into heats.

Chumbley is a 25-year veteran of 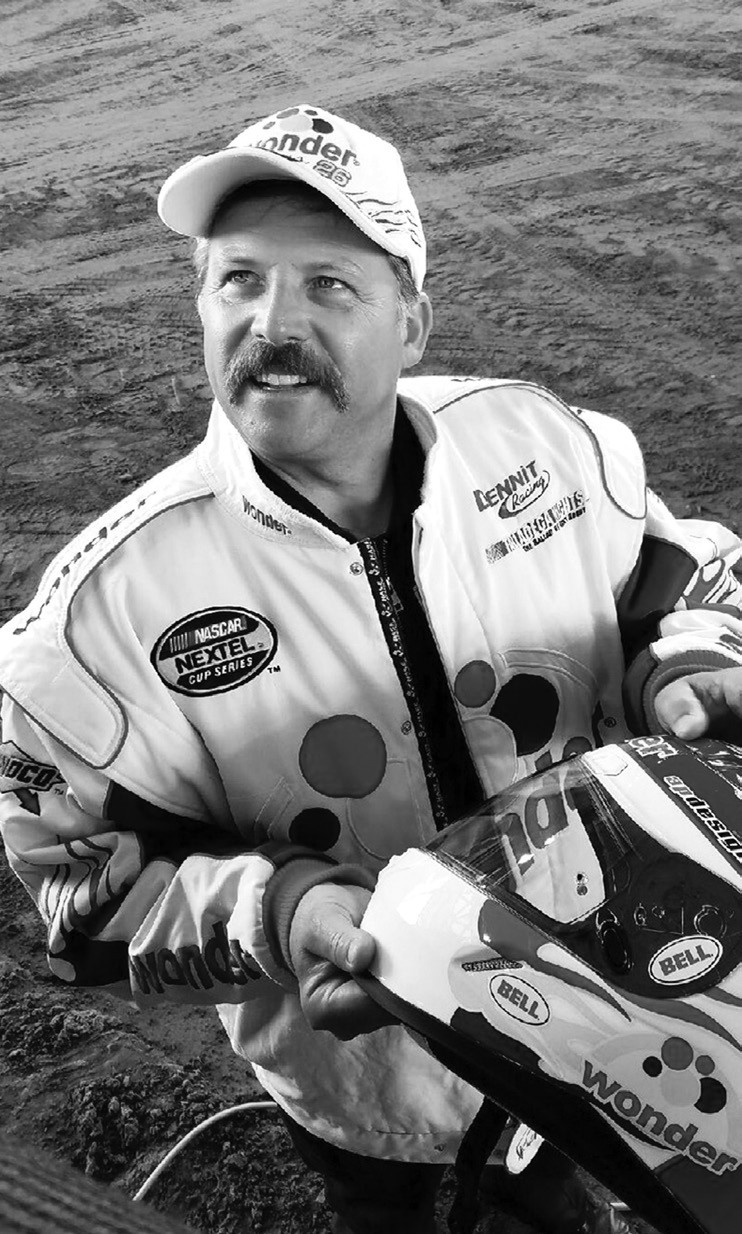 the fire service who worked for the San Diego, Oceanside, and Poway fire departments prior to accepting the Carlsbad Fire Department offer. “I’ve got a big heart for the Burn Institute,” he said.

Chumbley raised more than $10,000 for the Burn Institute. The tasks in­clude converting a car into a demoli­tion derby vehicle, and a donated 1968 Mercury Montego was transitioned in approximately one month by approxi­mately half a dozen firefighters.

Chumbley and his crew tried to fix some engine problems during the two days prior to the Firefighters Destruc­tion Derby, but they were not success­ful by the start of the event. “Couldn’t get it going,” Chumbley said.

The tires could be replaced in time for Chumbley to drive the Fleetwood in the final. “The car was awesome. It was a great car,” Chumbley said.

Mechanical problems left the Fleet­wood in good condition for future competitions but kept Chumbley from continuing. “The ground connection started sparking and I just couldn’t get it started,” he said. “Otherwise it ran strong.”

The Montego is also in good enough shape to contest the 2017 Firefighters Destruction Derby, and the Carlsbad crew has a year to figure out the prob­lems. “We’ll rebuild this car. We’ll get a better engine next year,” Chumbley said.

Chumbley’s 2017 aspirations also in­clude an increased contribution to the Burn Institute. “My goal next year will be twelve thousand,” he said.