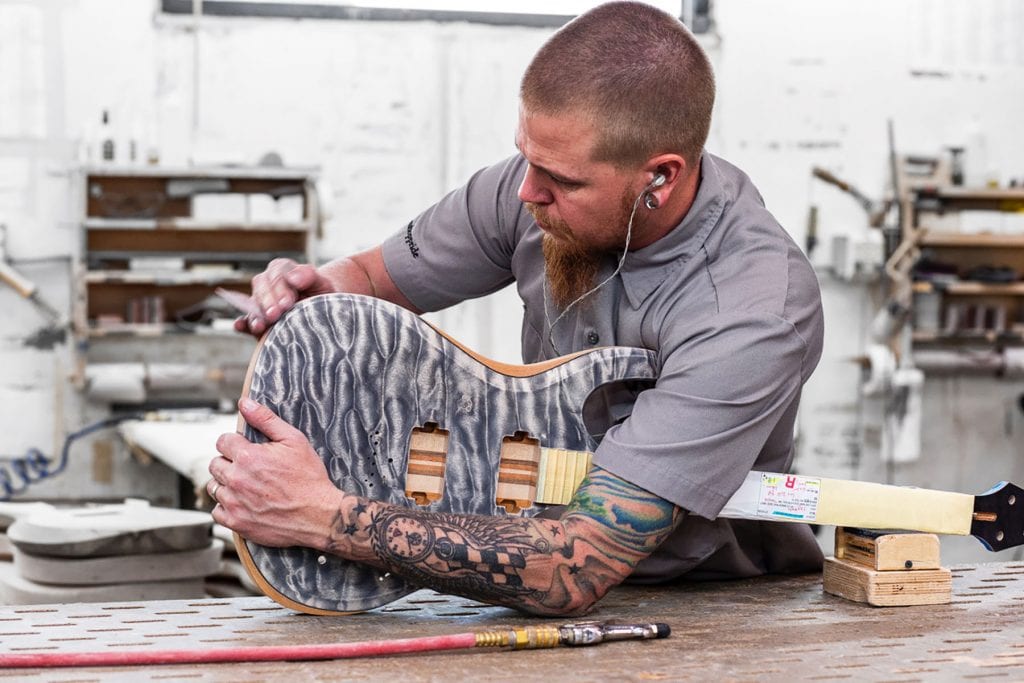 One of the owners OF Kiesel Guitars, Jeff Kiesel (third generation Kiesel), working on a guitar.

Kiesel Guitars is celebrating its 5th year anniversary in Escondido.

Zak Kiesel tells The Times-Advocate: “We started in 1946 under the name Kiesel, the last name of the founder Lowell Kiesel. In 1950, we changed our name into Carvin. In 2015, we changed back to Kiesel Guitars after we split with the audio department of Carvin and became our own brand and identity.

Kiesel Guitars has been a SoCal company since 1946, and they’ve been at many locations around the area, including RB, Baldwin Park, and Covina.

The store originally moved to Escondido in 1969 (under the name Carvin) and stayed here until they moved to RB in 1995. “In 2015, when we split into our own company and changed back into Kiesel Guitars, we moved into our location by Auto Park Way at 2015 Aldergrove Ave.,” said Kiesel.