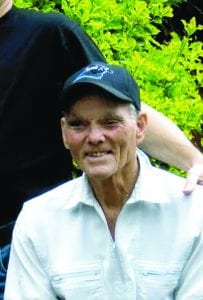 Kenneth Glimpse, who taught school in Escondido for many years, passed away on June 23, 2017 in Hendersonville, North Carolina.  He was 88.

He grew up in Kansas City and graduated from Wyandotte High School and later attended Kansas State University.  Leaving KSU with a Master’s degree in Education and Nancy McKinney, his wife-to-be, Mr. Glimpse began his family and teaching career.

He taught his first classes in Kansas and New Mexico but soon moved to Southern California.  After 29 years he retired and he and his second bride, Audrey, moved to East Flat Rock, North Carolina where they have enjoyed gardening, tennis, and walks in their neighborhood and around the Carl Sandburg Home.

Mr. Glimpse enjoyed teaching, with the elementary grades being his favorite kids to work with.  “I think the girls liked being with him and the boys wanted to be like him,” said his eldest son, Rick.  “He was outgoing, had a quick smile and had fun with the kids.  I skipped some of my summer school classes so I could be in his classes.”

During his teaching years, Mr. Glimpse advanced his own education while teaching at various elementary schools, ending his career at Glen View Elementary School in Escondido, California.

He served in the army during the Korean War.  His claim to fame during this time was being an extra in a military propaganda film.  “They told a bunch of us to run across a field and fall down once in a while,” recalled.  His time in service took him to Germany where, “I bought the biggest motorcycle I could find and rode it like a madman,” he said.  His son, Brandon, remembers him saying, “It was the loudest thing I’d ever heard.  I loved it.”

Throughout his life, Mr. Glimpse had motorcycles.  And as soon as the kids were gone from the house and he had retired, he bought the nicest Honda Gold Wing (with matching camp trailer) the family had ever seen.  He and Audrey took off on a multi-month, 36 state road trip.

He also had a passion for planting, gardening and landscaping.  The family moved only a few times but each home became a lush jungle land. 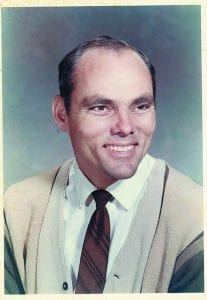 An avid athlete, Mr. Glimpse played community softball, basketball, tennis and volleyball.  He was always encouraging his children, and any interested bystander, to join in, believing exercise was good for everyone.  At 50, he ran a full marathon in San Diego and in later years, in North Carolina, he was quite active with tennis, winning many senior division awards.

He took health and wellness issues very seriously, researching and learning constantly.  A favorite pastime was writing letters to the editor of his local newspaper, where he often took on health issues, hoping to enlighten others.

The family gathered before Mr. Glimpse’s passing to celebrate his life. They are endeavoring to fulfill his most precious desire, to love and care for his wife Audrey.

Services are being handled by the Donald I. Roseboro Funeral & Cremation Service.