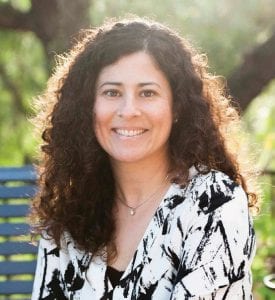 The City of Escondido has operated a professionally staffed public library since 1898 but suddenly it is at risk of substantial change.

You should be concerned and even a little mad.  The council majority gave direction in a non-public forum, to explore outsourcing the library to a private company.  Although I insisted on an open public process, staff has already met several times with the vendor, contending that the public does not need to be involved until the review is completed. Reference to this effort is tucked away in public documents where presumably no one would notice – all the more reason why you should be suspicious of how the City of Escondido navigates this issue.

City budget constraints have repeatedly led Escondido officials to view our library as a financial burden. In 2011, the Escondido City Council majority voted to close a branch library.  The vote came about as part of a budget discussion – not a discussion about library services specifically. The topic was obscured in a tangential agenda item with little public scrutiny or opportunity for discussion. No other City in San Diego County closed a public library during tough financial times. Interestingly, the library budget represents only 3% of our entire general fund budget. Significant savings can be found elsewhere. I’ll come back to this point.

I am passionate about public libraries because I recognize the value added to my life, personal and professional, by library activities and resources. Libraries in general are a critical part of public infrastructure that provide access to knowledge through technology, workshops, career exploration, literacy programs, books and most certainly the professional staff that engage with community members each day.  A study by the American Library Association found that 94% of American’s believe a public library improves the quality of life in a community.  By looking to outsource the public library to a private company, the City Council is signaling a lack of commitment to quality of life standards in Escondido.

Libraries were designed and intended to be funded by public taxation. Libraries represent a collective public investment in organized accessible knowledge. Government provides public libraries so one or all can use them to the betterment of society.  The private sector only provides libraries for profit.  The company under consideration to operate our library is currently hiring a sales person to “fulfill growth and revenue goals of the organization” and to “close long term multimillion dollar deals” at our expense.  Escondido residents do not pay taxes with the intent to fund private business ventures. Instead, Escondido residents pay taxes for responsive city services including our own truly public library.

As library usage has surged, librarians have proven to be a superior interface for vetting materials and supporting an ever more diverse patronage.  Professional librarians operate the Escondido Public Library.  By outsourcing operations, we would effectively reduce the number of professional librarians and replace them with lesser qualified staff akin to book store clerks.

Finding alternative ways to reduce City expenses should be our first option.  There is plenty of taxpayer money for core services, including libraries, if elected officials and bureaucrats stop confusing voters by shuffling their money around and diverting it to pet projects.  Hundreds of thousands of your dollars have been spent indulging the Mayor’s vision of a new business park.  Millions more have been spent on law suits for a long list of foolish court battles that ultimately placed Escondido on the losing side.  Every year, we spend hundreds of thousands of dollars on consultants, lobbyists, and memberships to organizations that do not provide a return on our investment.  A recent change in the structure of City budget documents obscures these amounts from public scrutiny but that’s a discussion for a future column.

The Escondido Public Library is one of the most heavily used community assets. For over a decade we have failed to prioritize expansion of the library.  A voter approved bond will be necessary to follow through with the slow moving vision of a new state-of-the-art library in an expanded Grape Day Park.  If the City Council majority struggles to see the value of operating a public library, then I question how any taxpayer could trust city officials by supporting a large library bond measure for a private company to operate.

Regardless of your thoughts about global, national or state politics – you should care about this specific community issue and take the opportunity to engage with local government.  I plan to do everything I can to protect our public library but I cannot do it alone.