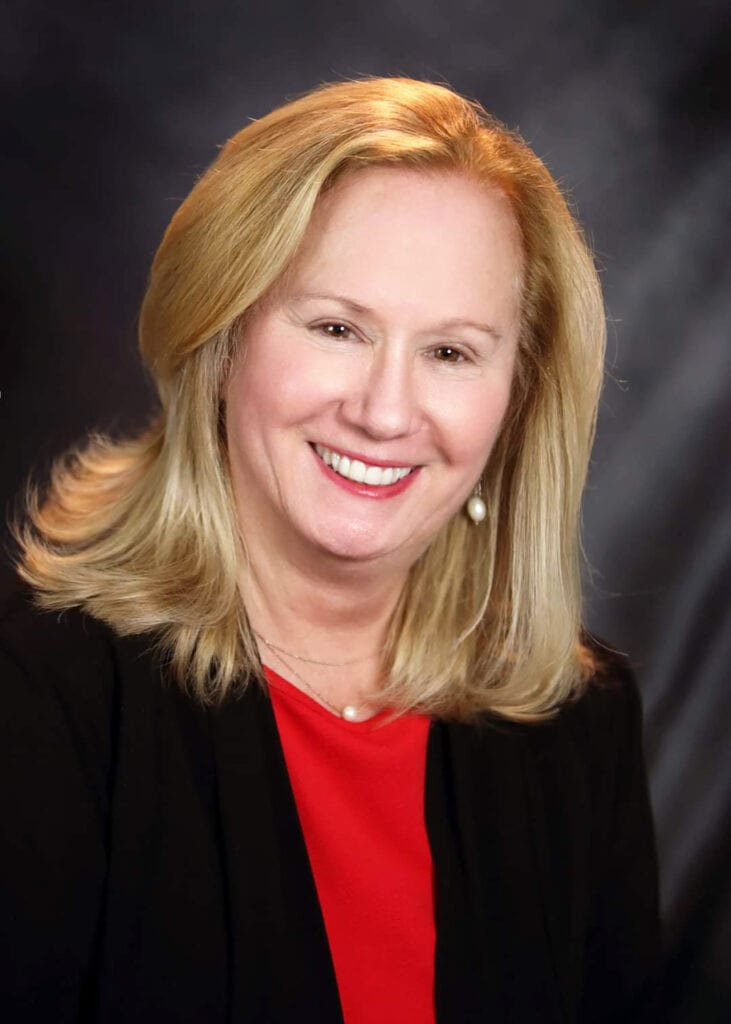 Born and raised in Sacramento, Schwartz has lived in the district since 2000. She studied clinical social work at Columbia University, concentrating on mental health. Her post graduate training was in New York City and Boston before returning to settle in Bonsall and Fallbrook and raise her son.

“Since returning, I’ve served as a community leader on the Fallbrook Regional Health District board,” she said. She joined the board in 2018. She chairs the government and community relationship outreach committee.

“I’ve worked with underrepresented community groups to increase access to community health and wellness services,” she said. “During COVID-19 I’ve focused on additional emergency resources for our community bank. To addressing food insecurity and senior population needs; to providing shelter for the homeless and ensuring adequate access to health care for urgent care services.”

Schwartz worked as a licensed behavioral health care provider for 35 years. “I’ve advocated for health care patients and their families and trained masters and doctoral level interns, our professionals of the future. I’ve created new programs for homeless youth and young adults and evaluated needed services within communities.”

She is running because, “I believe we deserve real representation for our communities and community members. Rather than for corporate and special interests.”

She doesn’t believe California has received reliable federal leadership to overcome the pandemic, “nor this tragically destructive wildfire season. Which translates into just how important state government truly is,” she said. “I don’t want to strike a balance between our people and special interests, I want to represent the people of District 75 to get us the health care, housing and sustainable habitat we deserve.”

She is different because, “I didn’t come from a family of other elected officials or the elite or wealthy,” she said. “I’ve been on the ground doing the work in my communities for thirty-five years. I’m dedicated to evidence-based practices. Science based research put into practice through proposals, along the lines of clinical trials. To solve the social economic and public health challenges we face.”

During her public health career she met thousands of suffering people. Early on that was HIV positive babies born at Boston Children’s Hospital. During the Reagan era she assisted families in New York City living in subway tunnels to housing and social services. She oversaw countywide health programs and trained incoming mental health providers. “I have done the work and had to look people in the eye and do my best to help them,” she said.

Her passion for increasing access to health care led her to electoral politics: “I’m very concerned about our public health recovery with the pandemic and prioritizing PPEs. Fortunately there is legislation on the governor’s desk to do that.” She would prioritize “rapid COVID testing, protecting health care workers and limiting the spread with treatment and vaccine along with social distancing methods.”

She focuses both on treating the current pandemic and being better prepared next time. She supports AB 890, that would allow nurse practitioners to function autonomously. “We have a shortage of primary care practitioners, particularly in outlying areas,” she said. “They are usually the first medical workers we see when we go get tested. They will serve as our gatekeepers in the future.”

Her main issues are health, housing, habitat, highways and homelessness.

“Easily the most devastating addition to the wildfires is the eviction crisis,” she said. She supports AB 3088 (The Tenant Relief Act)  which extends protections for renters and mortgage borrowers through January 31. “It gives additional time for economic recovery to return to our jobs or go to new jobs. We need to keep folks from losing their homes to prevent chronic homelessness,” she said. “In the long run, we need to stop sprawl development in our unincorporated areas that working families can’t afford and increase affordable housing near our transit hubs,” she said.

She supports encouraging the remote work force and repurposing office and industrial buildings, vacant big box stores and unused retail spaces into residences. “They can easily repurpose the interiors and design an entire community around these big boxes, with nice grounds, and revitalized areas,” she said. “Underground infrastructure is already in place. A great cost savings in using what is no longer in use.”

“The pandemic forced us to move into the future as far as our work force and our economy,” she said. “A strong remote work force holds a great deal of hope and in addition to new green technology, the remote work force  concept offers us a new future of work.”

Studies published before the pandemic predicted that most California workers would shift to remote working by 2027. “The pandemic speeded that up and moved us into the future,” she said.

Twitter is subleasing a 100,000 square feet in San Francisco, “and adopting a permanent work from home policy. I have seen pictures and information about some retailers whose property has been repurposed for affordable housing,” she said.

She added, “The Governor’s Task Force on Business and Jobs Recovery is working on all issues related to the economy. I’m interested in reading their work and defer to their expertise. It has former governors [Wilson, Brown,  Schwarzenegger and Davis] and 98 members. It’s co-chair is Tom Steyer and it includes many chief executives from unions, hospitality and community leaders and some legislators. They are the think tank where much of the economic recovery will come from.”

When Schwartz says one of her issues is “highways,” she means “transportation and transportation infrastructure upgrades.” “We pursue piecemeal solutions rather than taking bold and necessary steps toward the future. Adding more lanes will only add more congestion and carbon emissions and lost time for commuters. The Last thing we want is to become another Los Angeles,” she said.

She added, “I believe California needs access to electric vehicles, charging stations and 21st century transportation options. Creating walkable communities, developing walkable areas in our cities that people can get to by foot or bike.”

She supports SANDAG’s “Big 5 Move” proposals for transportation and “the development of transportation hubs, where people can come to transport hubs and get to more dense employment centers without sitting on the freeways. California should lead the world in green energy. This would not only create new jobs but lower fossil fuels toward our carbon goals. This along with remote work will move us toward zero carbon emissions. We all could see that in the beginning weeks of the pandemic,” said Schwartz.

On the issue of Habitat, she says, “The hardship of the climate crisis is already impacting California residents—from the mass destruction caused by wildfires to the impact on lower income and rural communities. People are suffering and hurting today.  We should shift our entire economy away from fossil fuels toward wind and solar and partner to address the harms of prior environmental practices and sustainably manage our resources. The biggest wildfire in our history is still burning—that’s a mandate for bold change.”

She would “begin by listening to fire scientists. We are suffering in the 21st century from the failed policies of the 20th century. Originally indigenous tribes ran intentional burns to thin out the forest and promote more low-lying habitat and this prevented overcrowded forests. When the white culture claimed the land they discontinued the burn. That resulted in taller, higher intensity fires and more rapid fires.

An environmental engineer explained to her that as trees are denser, the tree crowns touch and fire jumps from crown to crown, spreading so rapidly it becomes difficult to contain them. With clear cut logging, you remove the natural selection of the more fire resistant species combined with more water run-off. Adding droughts and climate change with higher temperatures and lower humidity with dryer fuels and here we are today.

Records from 1911 shows 19 trees per acre compared to 60 trees per acre today. “That’s less water per tree, which makes them less resilient to drought and insects,” she said. “We all heard a certain president blaming California for its wildfires. It isn’t just California, it’s the West. But fifty-percent of California’s forest is controlled by the federal government. The federal government is blaming us while it decreased funding for oversight of forest management and has not given us the necessary jurisdiction to oversee those lands ourselves.” For  “climate naysayers,” she adds “fifteen of the twenty most destructive wildfires have occurred since 2000, and 10 of the most destructive out of the 20 since 2015.”

Some positive things the state has done, she says, included streamlined regulations for thinning forests and money to clean up deadwood. “What I would support today is to push for more controlled burns, which they have been doing in some of our parks, and they are continuing the best practices for creating healthier forest.”

She feels progress was made with SB 209 ,which required the establishment of a wildfire forecast center to collect data and atmosphere data.

Propositions on the November ballot she supports include:

Prop. 15, “Which closes loopholes on the largest businesses and industry,”

Prop. 16, “Reverses the ban on affirmative action, which I think that is an important step toward social and racial justice.”

Prop 18, “Allowing those who are turning 17 by the election to vote.”

Prop. 19, “Which allows those 55 and older, the disabled or fire victims to transfer their primary residential property tax base.”

Prop. 25, “Which would replace the cash bail system.”

Schwartz believes she is the better candidate “because of the combination of my personal experience, professional experience and my values. I have experience that something that far too many do not recover from, an unexpected medical emergency. My late husband became ill with cancer when my son was 7, forcing me to take two jobs and care for a seriously ill spouse and elementary age child.”

She became a single parent when her son was 10. “I never expected to be a single mom. I experienced a medical and financial crisis that many Californians are not as fortunate to recover from. I had my education and training and kept us in our home by working two jobs. My son and I came through it stronger. He graduated from Berkeley with two degrees and works as a civil and environmental engineer managing our water resources. Today I am before you running for the state assembly. I experienced the shortcomings of our health care system personally and as a provider. I have walked the walk.”

Her opponent, she says, “has demonstrated a much stronger affinity with corporate interests than with her constituents. I believe I would do a much better job of serving the public. I don’t take corporate money. Waldron is supported by many interests, including the Koch industries. She is a close ally of President Trump, who is an absolute disaster for our nation. I am a strong proponent during the health crises of voting by mail. Waldron voted against our vote-by-mail right. On one of the longest pieces of bipartisan legislation AB 3038— to address the eviction crisis—she didn’t bother to vote.”

That last, she thinks is “unforgiveable.” “We have paid Assembly member Waldron $1.2 million in salary and transportation since she took office in 2012 and I don’t believe we have received our money’s worth.”

Voter should choose her, says Schwartz, “because, like them, I pay fifty percent of my income for housing. I truly understand them because I am one of them. I have worked helping people through my public service and profession for 35 years. I serve on a health district which in 2020 received the Public Champion award. In this time and place we need a public champion. I have the background and expertise to work with our legislature to create solutions that are science based toward a pandemic and economic recovery. Like our current assembly member I have owned my own small business for 35 years. I very much support small business and Main Street businesses.”

Find out more by visiting Kateforassembly2020.com.