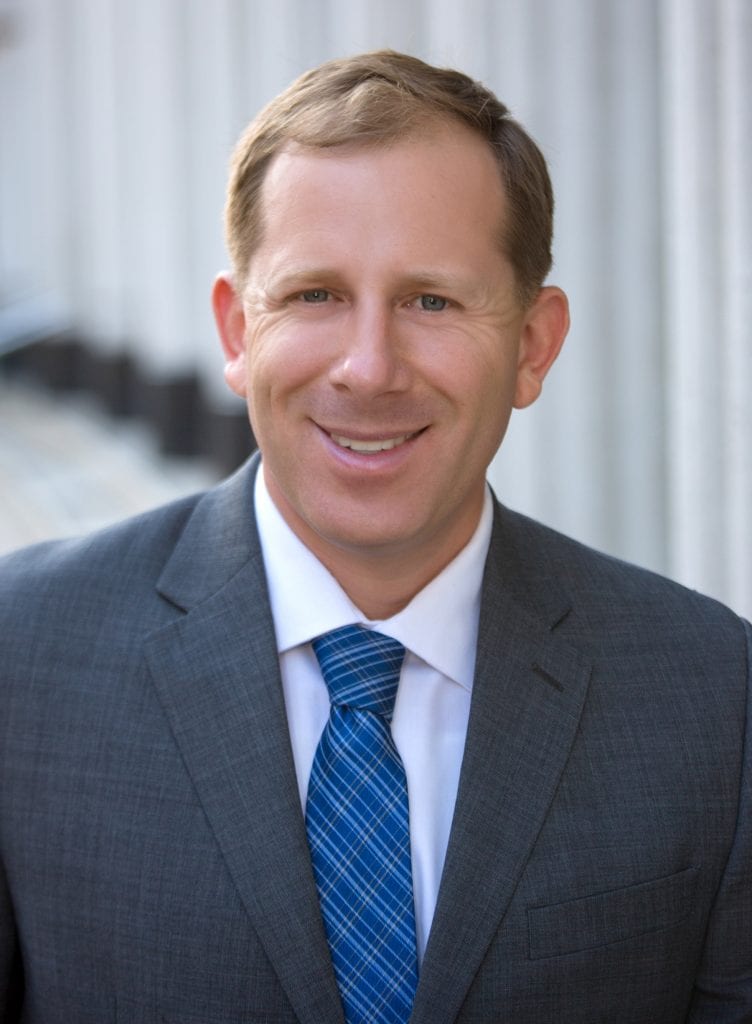 Brower describes himself as “A San Diego native who left the area when I was a child because my dad got a job in Susanville, where I went K-12. I’m familiar with small towns.”

Brower was commissioned a second lieutenant in the U.S. Marine Corps upon graduating from San Jose University. Two and a half years later he graduated with honors from USD Law School. He spent the following eight years on active duty in the Marines as a JAG (a member of the Judge Advocate General’s office) where he was a prosecutor. He served as a preliminary hearing officer in court, overseeing preliminary hearings. He deployed with the infantry twice to Iraq and Afghanistan.  He left active duty in 2012 but stayed in the reserves and is now a Lt. Colonel.

He was hired out of the Marines by the District Attorney’s office and has been prosecuting felonies ever since. Brower has been the team leader of the Regional Auto Theft Task Force (RAT), which combats auto related crime in San Diego county with an emphasis on cross border crime. Recently RAT had a couple of big “take downs” including Operations Kill Switch and Quick Boost, where scores of defendants were indicted by the Grand Jury.

Brower commented, “My career has focused on protecting the nation and the public.” As a reserve JAG he was assigned to the European Command in, Stuttgart, Germany, where he practices fiscal and international law. “I review expenditures of your tax dollars as we seek to support our European allies in the face of Russian aggression,” he said.

He said, “In my race for judge I have been supported by over a dozen different police office associations and firefighters’ associations as well. My opponent has gotten none. I am endorsed by the Lincoln Club. I’m running on a platform of restoring ethical conduct on the bench and ensuring that we treat all neighborhoods just like as if that crime happened in  my neighborhood. I will work closely with both parties to ensure that we have safety in our neighborhood.”

Brower notes that his opponent, Judge Kreep, was censured by the State Commission on Judicial Performance, which found that Judge Kreep showed a lack of judicial temperament and ran his courtroom in a manner suggesting bias, including making derogatory comments about women attorneys, minorities, and people with cases before him.

He added, “Gary Kreep’s previous supervisory judge, Timothy Taylor, has endorsed me as well. Jan Goldsmith, when he was head prosecutor for the city attorney’s office, refused to let any of his prosecutors present cases before  Gary Kreep for a host of reason, including his treatment of attorneys and just people in general in court.”

Brower concluded, “I want to uphold public safety in your community. I come from a similar background myself and I would be honored to receive your vote.”

Voters can find out more by visiting www.mattbrower.com/