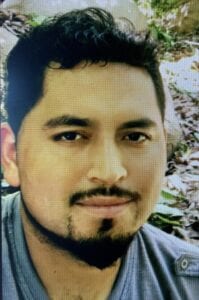 On October 4 at approximately 11:21 a.m., 911 dispatch received a call of a residential structure fire on Waverly Place off Washington Ave. Police and fire units were dispatched to the scene. When the first police officer arrived on scene, they reported heavy smoke and visible flames coming from the residence. Fire personnel entered the structure to extinguish the fire and discovered an unresponsive adult male subject inside the residence. The male was transported to Palomar Medical Center where he later died.

The victim, who’s identity is still being withheld, sustained injuries consistent with being assaulted prior to the fire in the home being set. Evidence obtained from the scene indicates that the fire was deliberately set. The precise manner and cause of death are still under investigation by the Medical Examiner’s office. The specifics of the cause of the fire are still being investigated by the Escondido Police and Fire, with assistance from the ATF.

On October 7, Escondido Police arrested Jose Trinidad Romero (32 from Escondido) after he was stopped in his truck in Escondido. He was identified as a suspect in the case. Although investigators believe that Romero and the victim were known to one another, their exact relationship is still under investigation. Any motives or events leading up to the incident are still under investigation. Romero was later booked into the Vista Detention Facility for Murder and Arson.

Anyone with information about this case is encouraged to call the Escondido Police Department.