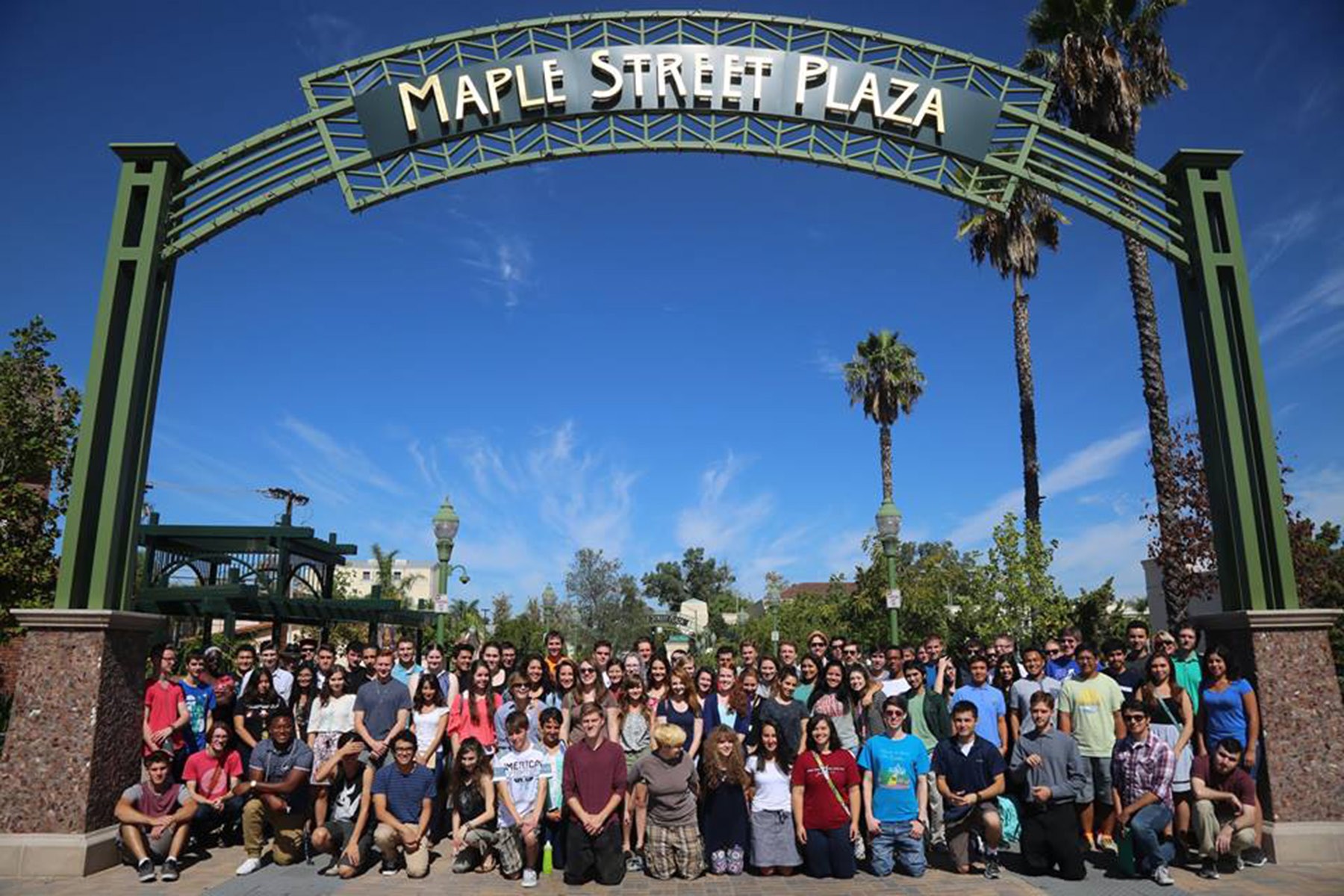 The class of 2018 of John Paul the Great University.

John Paul the Great Catholic Uni­versity, which opened two and a half years ago in the heart of downtown Escondido, late last year completed a purchase that will allow it to double the size of its campus, adding 30,000 square feet on 1.5 acres.

It purchased the old Johnson furni­ture building located at 131 S. Broad­way and the old Center City High School Building at 236 S. Maple (cor­ner of Maple & 3rd). Both buildings have been vacant for several years.

The purchase, made possible by the donation of $1.5 million by Terry & Bar­bara Caster, owners of A-1 Self Storage, will enable the Catholic university to add a large chapel and classrooms for sound stages, editing suites, a screening room, acting and computer labs, a per­formance stage and a parking lot.

The university will be raising more money to rehabilitate the buildings. Once they are in service, in about two or three years, they are expected to fulfill the expansion needs of the university, which currently has about 300 students with the goal of having 1,200 in about ten years. They expect to grow 10-14% each year. ”We’re growing at a good clip,” observed Dr. Derry Connolly, founding president.

“We’re having a huge positive impact on the revitalization of downtown Es­condido,” said Dr. Connolly. “Having hundreds of polite young people wan­dering around the area is a very positive thing. People like to have the feeling of safety and security when they are walk­ing downtown. That’s a significant im­pact.”

He added, “We like doing business downtown. The great thing about the downtown is the great people who own businesses there. They are all good people.”

The artist’s conception of the School of Creative Arts and Business that will be the result after the shell of the old Johnson furniture store is re-purposed.

at Latitude33, the upscale development at the corner of Washington & Centre City Parkway. “I think we are a huge benefit to Lati­tude33” said Connolly.

John Paul the Great Catholic Univer­sity is named after the recently canon­ized Pope John Paul II. The university is nine years old and started off in an industrial park in Scripps Ranch, before acquiring the building formerly occu­pied by the Mingei Gallery in Escon­dido, as well as other empty buildings in the area, such as the old bank building adjacent to Maple Plaza.

The university offers degrees in three areas, theology, entertainment media, and business. It offers an MBA in film producing and an MA in theology, and BS’s in communications media and business.

The university was the brainchild of Dr. Derry Connolly, president, a native of Ireland with a soft brogue and a quiet manner, who immigrated in 1973 and who founded the university as an act of faith. He was an engineering professor at UCSD when his daughter told him about attending a Steubenville youth gathering and being impressed by the fervor and faith of the young people.

It was “put in his heart,” to start a Catholic university that would have a maximum impact on the arts, specifical­ly the art of film. He started on a shoe­string budget with just a few backers, and some of his own money. The first year he had 30 freshmen and no campus.

The university has chosen to try to have an impact in an art form that is dominated by the secular, and often by those actively hostile to religion. To pro­vide students an education so that they can become film directors, producers, editors in film, video gaming and busi­ness entrepreneurs.

The university has produced two full- length feature films, “Red Line,” pro­duced in 2013, a film that chronicles the tale of several people aboard a subway that is brought to a stop by a collapsing tunnel, and “Army Dog” produced in 2015, which tells the story of an army sergeant and his bomb-sniffing dog who return from a long deployment in Af­ghanistan.