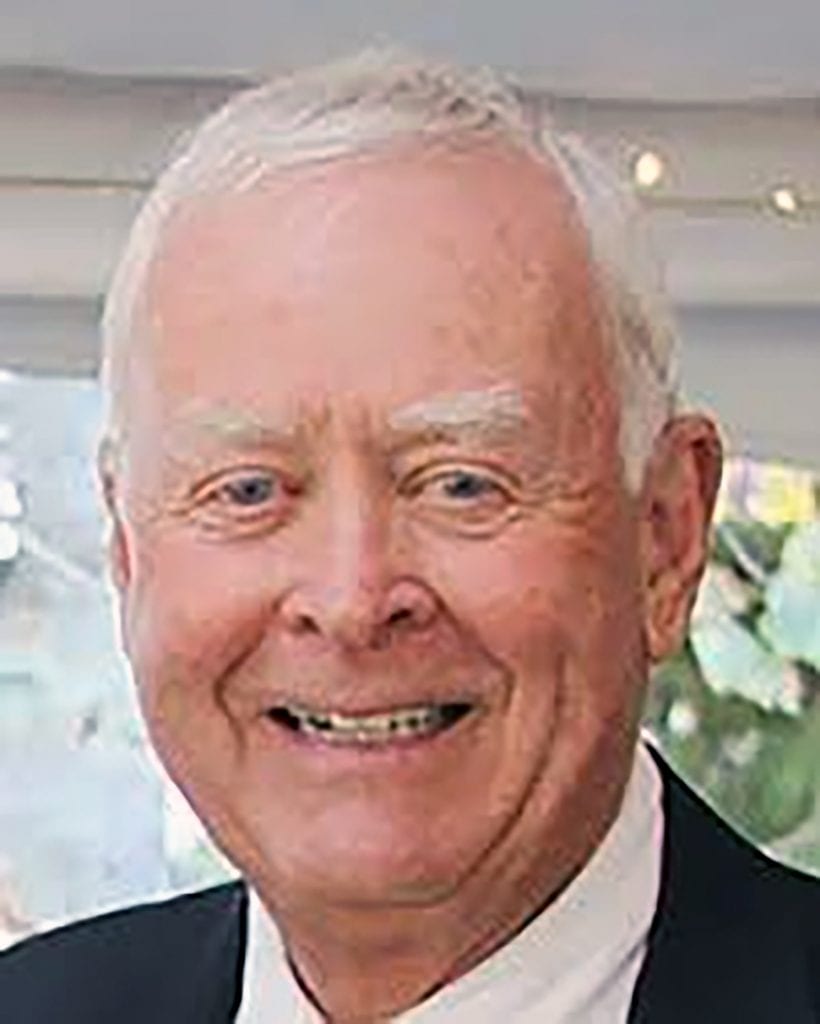 Jack Raymond has been selected as one of nine 2019 Escondido Forever Legends by the Escondido History Center.  A senior from a high school in Escondido will receive the FLAG (Future Legends Award Group) Award in his name and be presented a $1,000 honorarium. This award, presented in an October 9, 2019 ceremony, is made possible by the sponsorship of the Rincon Band of Luiseño Indians.

Jack Raymond was born in Colorado in 1937 and, with his mother, moved to Escondido in 1943 after the death of his father.  He attended local schools, graduating from Escondido High School in 1956.  His accomplishments at Escondido High School were extensive.  Raymond was a standout player on the Varsity Tennis team for three years.  His leadership and participation in other activities was inspiring as well.

Raymond was elected senior class president, student council member, Hi-Y president at EHS and secretary of the San Diego County Hi-Y.  He was actively involved in Key Club, was ASB Commissioner of Publicity, belonged to the Letterman’s Club, the Senior Play, Cougar Staff (school newspaper), and the Gong (school annual).  He was also awarded membership to the California Scholarship Federation for three years, serving as vice-president his junior year.

After graduating from Cornell University in 1960, Raymond came back to Escondido.  His next step was to attend law school but the Draft Board called him into service. While waiting to leave for the Army he took a management position with Formulabs, a manufacturer of specialty inks, and in the next 16 years rose through the ranks, leaving the company as executive vice-president.  Raymond then began his passion for development, primarily in Escondido, as chairman and CEO of the Raymond Companies, and continued his leadership roles in community service.

We honor this extraordinary businessman, philanthropist and volunteer for his service and commitment to our city.  Jack Raymond is an Escondido Forever Legend.