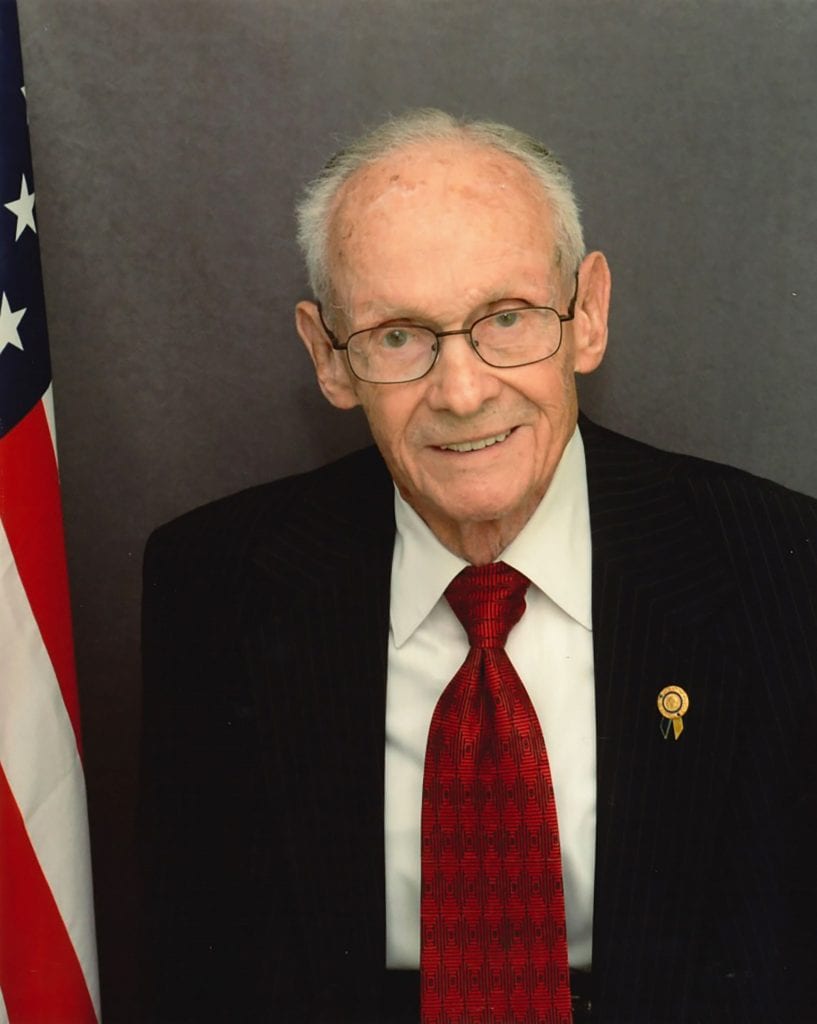 John V. Deaver died on March 22, 2020, in his home at Henry Ford Village, Dearborn, Michigan. He was born on June 16, 1922, in Tustin, California, the son of Virgil & Louise (Utt) Deaver.  He had been a resident of St. Clair County, Michigan, from 1983 until 2016 at which time he moved to the Henry Ford Village, a retirement community in Dearborn.

Mr. Deaver served in Scotland and Italy during World War II as an Air Force navigator and flew 32 Special Office of Strategic Services  (OSS) missions over Norway, Italy, and Germany.  He received the Distinguished Flying Cross for heroic actions over the Italian Alps in the spring of 1945.  Before the War he attended Black Mountain College in North Carolina.

After the war he lived in Mexico City where he attended Mexico City College, received a Master’s Degree and taught Economics.  He earned his Ph.D. in Economics at the University of Chicago where he studied under Milton Friedman. Following his studies, Mr. Deaver was employed as an economist with Chase Manhattan Bank in New York, then with General Electric Company, then with Ford Motor Company.  He retired from Ford Motor Company in 1987 where he had held the position of Chief Economist.  While at Ford he had three times been awarded the Seer of the Year trophy from Harvard Business School as the economist who most accurately predicted the economic outlook for that year.

After his retirement Mr. Deaver became Chairman of the St. Clair County Republican Party in 1988 and served for several years.  He was associated with Kirsch Technologies of St. Clair and RMD Technologies of Ypsilanti, and assisted in establishing Unity Mold of Croswell. Mr. Deaver held several offices in the St. Clair Rotary Club, including President in 1999, and was a member of the American Legion Post 449 in Marysville, Michigan.  He attended St. Paul’s Episcopal Church in St. Clair and St. John’s Episcopal Church in Detroit and was the cofounder of the Curmudgeons, a discussion group in St. Clair. Memorials may be made to St. John’s Episcopal Church or the St. Clair Rotary Club. Final funeral arrangements have been postponed due to the COVID-19 pandemic.