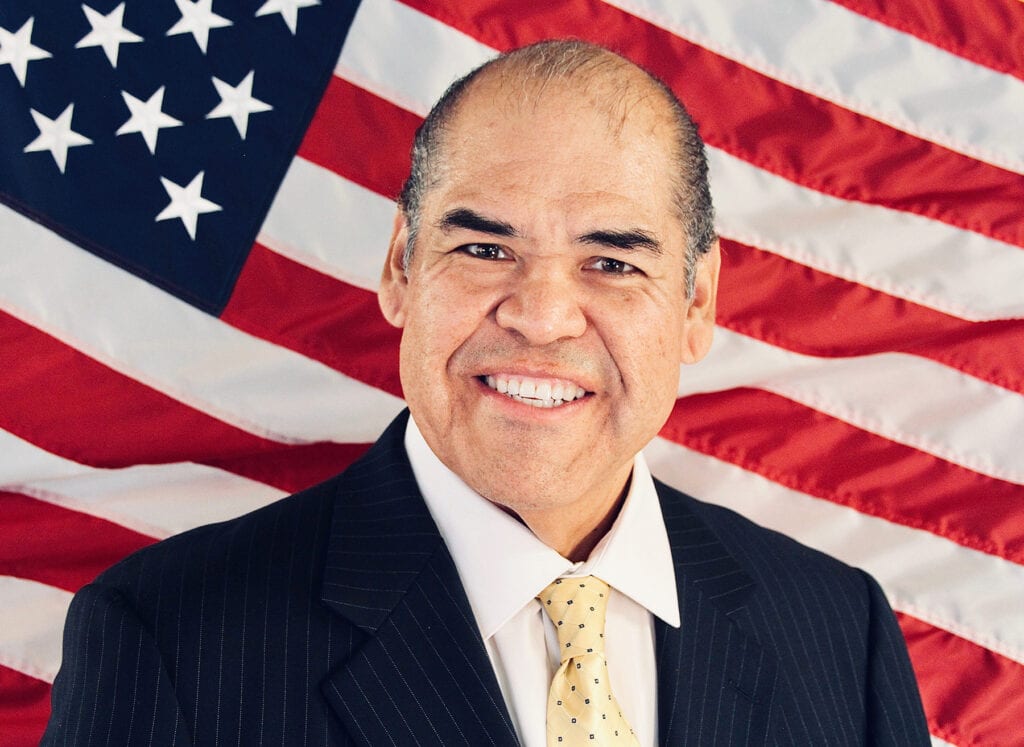 Joe Garcia is running for the District 3 city council seat. This is the seat Olga Diaz currently occupies and will retire from at the end of the year.

This is his second time running for the seat.

Asked his reason for running, Garcia said, “The simple answer is I’ve had a career of service, including thirty-one years as a church pastor. This is another way I can serve my community. The more complex answer is that I want to be the voice of my entire district. I’ve come to realize that we need to revitalize downtown. Many have talked about it but we haven’t been able to make it a happen for the downtown that includes Grand Avenue and City Hall, and revitalize the East Valley Parkway Corridor. I bring a voice of unity and inclusiveness that is necessary in Escondido.”

One issue Garcia wants to address is economic growth. “We need to bring that to Escondido. I think that is very apparent,” he said. “The reality is that one of the major issues is the tax increase [being proposed.]  That’s on the mind of a lot of people. For me it shows we need to have an economic growth plan, to increase our tax base, to bring more foot traffic downtown, to keep more better paying jobs and affordable housing.”

Another issue is neighborhood safety. “As a police chaplain for fifteen years, I have seen how the police have had to deal with a lot of mental issue and homelessness calls and a lot of issues that impact the people of our community,” he said. “I want to continue working with the police to make sure they get the proper training. That they continue community policing and develop better relationships to create those safe neighborhoods.”

He continued, “In general terms, I have seen firsthand the police handle all the community in Escondido including the communities of color. I have seen the officers be appropriate and respectful in dealing with the community. Over the years I have heard from community members that they appreciate the way the police department has changed. Everyone has room to improve, including the Escondido police, but we have a very good department that is working to become better every day.”

He sees the training they undergo. “I attend briefings where they show videos [of other police in various situations] and ask ‘What is the right thing to do in this case?’ They are not formal trainings but an impactful way for leaders to train officers how to respond appropriately and in the best way possible.”

Garcia would like to see an increase in the number of Psychiatric Emergency Response Team (PERT) officers. These officers are a cross between social workers and cops. “They assist officers in dealing with residents who have health issues,” said Garcia. “We have them on the day shift. We don’t have them 24 hours a day. I would like to see an increase in PERT units. It would create better neighborhood safety.”

On the issue of fiscal responsibility, Garcia said. “We need to balance the budget every year.

The city needs to develop a plan for how to deal with the budget gap that has been growing. It is not a surprise. It is something that has been happening. I question why a plan hasn’t been developed to deal with it. I don’t think a tax increase is the answer when 16.3 percent of our residents are below the poverty line, which is 24,000 people in Escondido.”

Garcia says he wouldn’t have voted for the 1 cent sales increase that was before the city council on July 15, which failed to approve the measure for the November ballot.

“A tax increase should be the last thing a city should do. It’s not an easy fix. There needs to be a plan to increase the income to the city. If necessary cut items on the budget, and a savings plan and in addition complete transparency on where the city is at.”

Why should people vote for Joe Garcia, as opposed to someone else. “Because I am transparent,” he said. “I will always listen. I want to hear what you have to say.

I invite opposing views so I can figure out what is the best way to help our city move forward.”

He added, “I believe in the three L’s: listen to the community, learn their needs and lead for change. The only way you can do that is listening, answering the phone. People have been calling me and are surprised that I’m answering the phone and returning their calls. I’m present in the district. I think that is vital for a city councilmember. I will periodically have a ‘Morning Joe,’ and set aside a time that I will be at such and such a place at such and such a time available to answer your questions.”

He is already working to help constituents in his district: “People have called me about stimulus checks. ‘Can you help me?’ they asked. I have been able to point them in the right direction to get the help they need. That is something any council member should be doing. That is one more reason for people to elect me.”

Garcia has served on the city planning commission for three years and was just elected vice chairman. “This has informed me  that development is appropriate in approximate places, and how vital it is that developers work with elected officials and city staff,” he said. “Work together, not against each other, to reach the best possible outcome for all those involved. It should increase the value to the city and to the neighbors. If we assure all policies work together for the best solution possible, development will be something very positive to bring in the foot traffic that we need to revitalize the downtown.”

Harvest Hills (formerly Safari Highlands) is a proposed development in Garcia’s district. “I can’t take a position because I’m on the planning commission but I am hearing from residents that there is a concern about fire safety, exits during a fire emergency, traffic congestion and impact on the small school district. Those issues need to be addressed with community involvement in order to create this development both for this city and surrounding communities. I would be the voice of the community so developers are aware these are serious and concerning issues that need to be addressed.”

Garcia is working with a strong grassroots campaign movement. “I’m getting to know people; getting to know the community, meeting people and asking their concerns. That is what we are doing.”

4 responses to “Joe Garcia: I want to be the voice of my district”