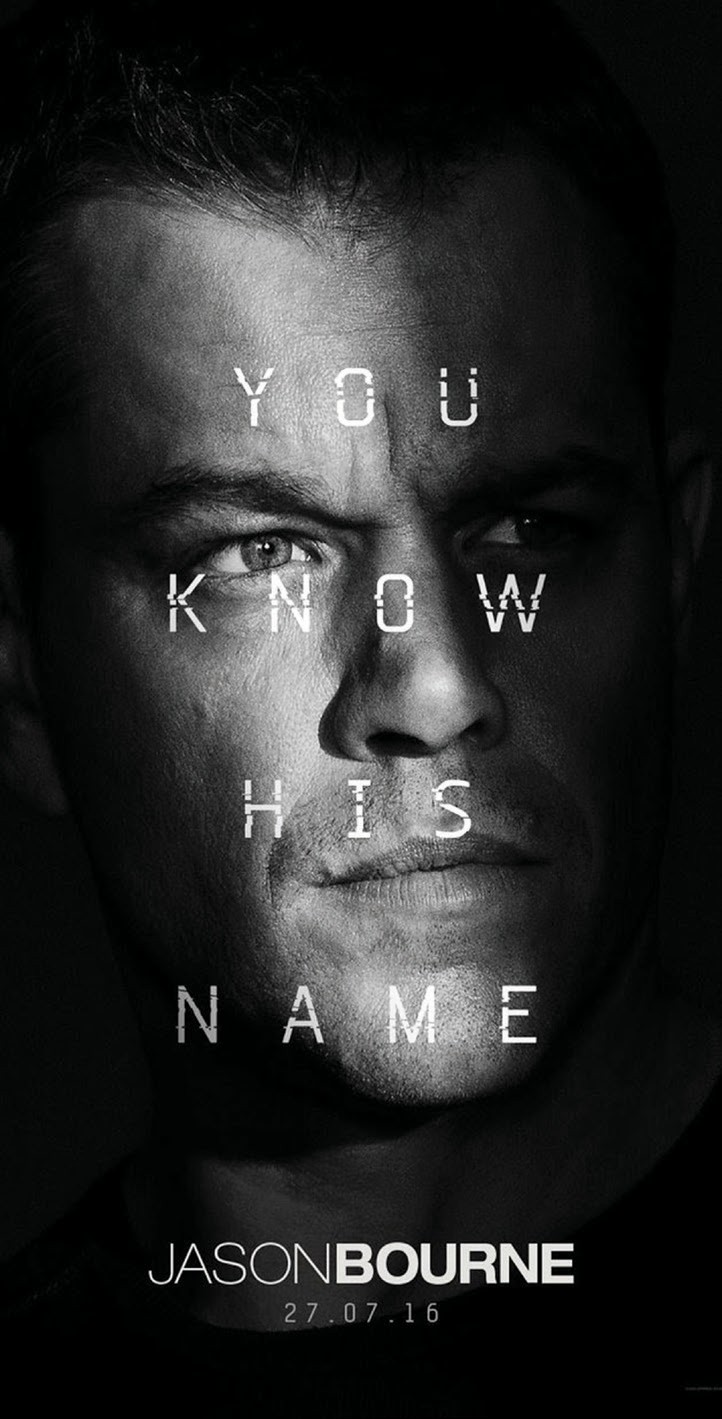 “Jason Bourne” gets off on the wrong foot by having a lame title. I guess the idea was to recover from the flop that was “The Bourne Legacy” by promising viewers that Jason Bourne would actually be involved in this one. But what it’s unofficially promising to do is break from the hot streak of the first three “Bourne” movies. Fans of the franchise expect the movies to be titled “The Bourne (something vaguely excit­ing)” Who cares if people like to make fun of these titles (“The Bourne Colo­noscopy”), they’re essential to the way people identify the franchise.

Matt Damon is back as Bourne, brought out of hiding after nearly a decade when his hacker friend Nicky (Julia Stiles) digs up some information about the CIA program that turned him into a super-assassin only to erase his memory later. This leads him on a glob­al quest to find more answers, all while evading CIA director Robert Dewey (Tommy Lee Jones), rising CIA star Heather Lee (Alicia Vikander), and an unnamed rival “Asset” (Vincent Cas­sel). Bourne learns more secrets about his past, including some disturbing family history that makes his feud with The Asset even more personal.

For a movie whose title is simply the name of the main character, Bourne himself has a surprisingly limited presence. I’ve been told he has some­where between twenty and forty lines of dialogue, and most of them aren’t terribly lengthy. At first I thought the movie was trying to go for something impressively minimal with the charac­ter, but as it went along, I realized that it just forgot to give him a personality. When the character was first robbed of his memories, it made sense. He didn’t know who he was or how to feel. But by now he’s been cognizant of the last fourteen years. Even if he doesn’t have a grasp on the man he was, there needs to be something relatable about the man he is.

The film is largely made up of the three CIA agents conducting operations and undermining each other as they squabble over what’s to be done with Bourne. As usual for this series, the crusty older male agent (Jones) is the hard-headed bad guy while the younger female agent (Vikander) is in more of a gray area where she’s open to betraying her superiors and maybe her country in the name of helping Bourne. Cassel is just another boring assassin. You know he’s a bad guy because he kills anybody in his way as opposed to Bourne, who just delivers those swift no-lasting-ef­fects knockout blows.

And yet, for all this film does wrong with its dull characters and overly fa­miliar plot, it does action sequences, very, very right. The film is bookended with two chase scenes that make the film worth seeing all by themselves. The first takes place during a revolt in Greece. The characters go to a riot and a fight breaks out. The atmosphere is so violent that Bourne is able to just grab a guy’s Molotov cocktail and the guy doesn’t care that much. Nobody thinks it’s unusual that the main characters are crashing cars and starting fires. In fact, they’d look out of place if they weren’t. The second sequence is a car chase that turns into a gutter brawl. The movie re­ally hopes you like the sound of bro­ken glass, crunching cars, punches, and whips. Luckily, I can appreciate the nastiness of all those things.

I can see why a lot of people don’t like “Jason Bourne.” The characters are uninteresting, the twists are typical of the franchise, and it seems like 90% of the movie is people getting into po­sition for operations as opposed to the operations themselves. But those cut­ting, inventive action sequences make it all worthwhile. Counting a quick gravitational spot in the middle, I’d say there are two and a half great things about this movie.

“Jason Bourne” is rated PG-13 for in­tense sequences of violence and action, and brief strong language. Its running time is 123 minutes.