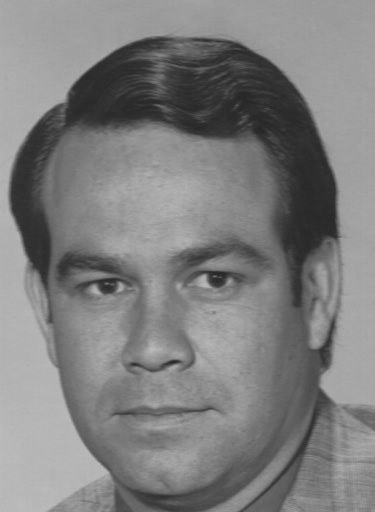 James M. Rady, dynamic business­man and former Escondido councilman and mayor died on September 18 from cancer. He was 73.

No services were held. His ashes will be buried in his parents grave with im­mediate family only.

Rady served as a councilman begin­ning in 1976, when council members served as mayor on rotating basis. In the new electoral system he was elected at large as mayor from 1982 to 1984 and from 1986 to 1988.

“Jim, as you know, was a banker by trade, a good businessman,” Cowan said. “He was a very quiet man, very intelligent … he wanted to see Escon­dido grow and prosper in the right kind of way and he worked hard to do that.”

Rady founded Palomar Savings and Loan in 1984 and retired after 34 years of banking in 2000. He was a leading figure in the Downtown Business Asso­ciation until his death.

Under Rady’s leadership “we started in the mid-80s working on creating a new City Hall and civic complex down­town and the result was the construction of the new city complex,” Cowan said.

The building of the civic complex “was a major evolution, if you will, for the city,” Cowan added. “It brought us into the 21st Century in terms of qual­ity of performances and public places where people could meet and do things in our city.”

Cowan said Rady was a business­like banker, but he also possessed a dry sense of humor.

“He didn’t suffer fools very well. He was patient and he would explain things, but if they didn’t understand it or insist that he was wrong, he wouldn’t put up with people like that. And I admired him for that.”

During a council meeting, Rady was explaining something to a woman who kept challenging the explanation.

“Madam, I can explain it for you,” Rady said, “But I can’t understand it for you.”

For that remark, for leadership and his years of service, Cowan remembers Rady fondly.

“It was always a pleasure to be around him and I never saw Jim do any­thing in his years on the council that wasn’t in the best interest of the city and the citizens.”

Civic involvement was a way of life for Rady. He was a member of the Ki­wanis Club, Elks Lodge and Chamber of Commerce Board. Along with planning and building the civic complex and the California Center for the Arts, he partic­ipated in the creation of the Escondido Auto Park, and the North County Fair Shopping Center. He served on the San Diego County Citizens Law Enforce­ment Review Board.

Rady grew up in New York City and Long Island. He attended Hofstra Col­lege and his family moved to Escondido in 1962. He served in the U.S. Army be­ginning in 1964.

He is survived by his wife of 16 years Jo Ann Case Rady; two daughters, Julie McKay of Escondido and Kara Wilson of Cardiff; eight grandchildren and two great-grandchildren.

He was an active member of the Es­condido Library Foundation Board. The family asked that donations to the ELF be sent in Rady’s name. The library foundation’s address is 239 Kalmia St., Escondido, CA 92025.