worked in Escondido’s engineering department, was active in senior athletics 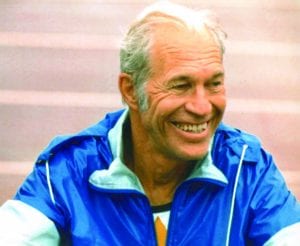 Mr. Gist was born in Texas but his parents moved to Southern California when he was an infant. Burl was an only child. He lived in San Marcos California with his family for over 30 years.

Mr. Gist retired from the City of Escondido where he worked as a draftsman in the Engineering Department and later as a public works inspector. He was well known as an outstanding athlete in fast pitch softball throughout Southern California and later as a world class track and field star in Senior Athletics. His wife, Jeanne Moore Gist, died in 1994.