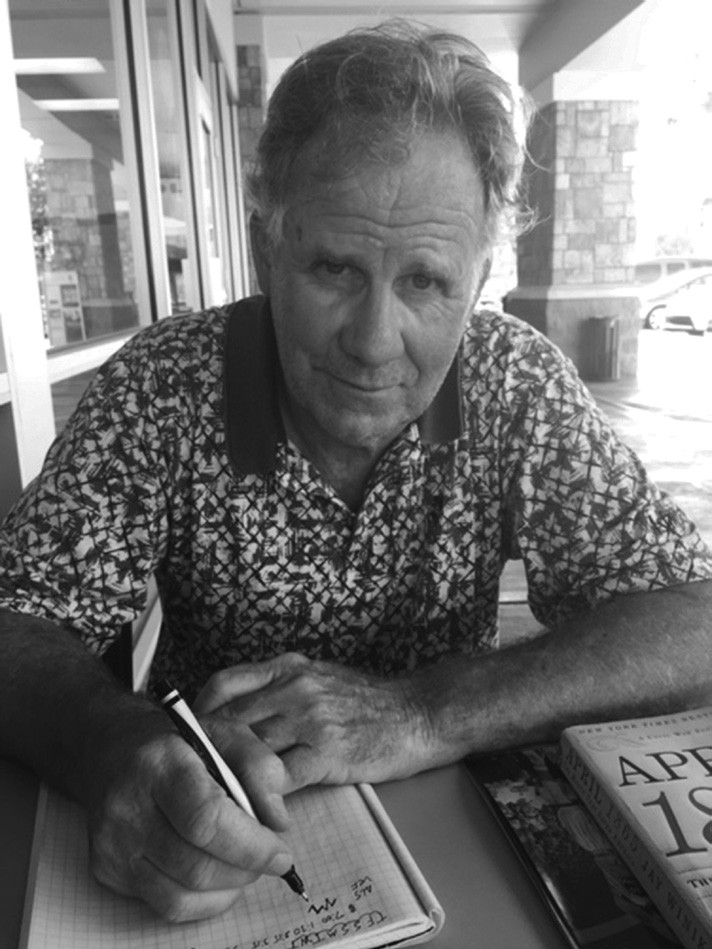 In recent months, the San Diego Char­gers stadium saga has been taking up most of the oxygen concerning the local sports scene.

Oh sure, Aztec football and hoops oc­cupied some of our attention while the Pa­dres provided an occasional diversion but the big kahuna issue has been the Char­gers and their tiresome back-and-forth dance with the city in hopes of building a fashionable new home.

And given the way that things have unfolded in the past, there’s a strong like­lihood that no accommodation will be reached and that Dean Spanos will decide to pick up his football and bolt to the smog haven that is Los Angeles, his motherload of a fallback position.

Now, ponder that scenario for just a moment. Should the Chargers vacate and depart, the eighth largest city in the coun­try and a county with nearly three million people would be reduced to having but one major league sports team, the Pads being the sole survivor.

Not only is that possibility downright shocking, it’s absolutely absurd. An ex­pansive area with that large of a popula­tion and imbued with informed, engaged and dedicated fans with varied interests deserves a hell of a lot more than that. I mean what is this? It ain’t like SD is some backwater hamlet or tank town!

Even if something is worked out and the Chargers ultimately decide to stay put, which means they still made out like bandits, it doesn’t address the reality that San Diego remains grossly bereft of teams at the highest level. In a perfect world, America’s Finest City should and would have clubs representing it in all four of the major sports. The fact that SD is left to satisfy itself with merely NFL and MLB teams is a bad joke and in a way a slap to the face of the community as a whole.

It isn’t the intent of this column to get into the minutiae of factors as to why the NBA and NHL aren’t currently hanging out shingles here. I had a long weekend and besides, doing that kind of in-depth research where you drill down so deep you’re almost speaking Chinese can sometimes be both a bore and a pain in the butt. And FYI, I do like to put it in cruise control every once and awhile. So I’m looking to go just big-picture with this piece and provide a basic overview, if you will. You won’t get detailed chapter and verse here. We’re going the Cliffs Notes route.

There are many reasons why the fall, winter and spring seasons locally don’t include the NBA and the NHL. Too many to spell out without running the risk of putting you to sleep. But among the more prominent; no facility deemed acceptable, little foresight by city officials, conflict between team operators and governmental bigwigs, ignorance of the potential of the SD market, no knight-in-shining-armour entrepreneur to seize the day and just a colossal inability on the part of influential people to be proactive, creative and asser­tive. As a result, we’ve basically got an empty sack.

The NBA twice tested the San Diego market and both times eventually took flight. First came the Rockets, who by their fourth year were drawing sufficiently and had some dynamic talent in the per­sonages of Elvin Hayes, Calvin Murphy and Rudy Tomjanovich. But team owner Bob Breitbard saw the property taxes on his Sports Arena skyrocket and when those at City Hall wouldn’t work with him to help ease an onerous financial burden, Breitbard saw no way out and thus sold both the arena and the Rockets, paving the way for the team’s move to Houston.

The NBA then returned in 1978 when the Buffalo Braves moved west and be­came the Clippers. But by season six, owner Donald Sterling, who previously had pledged fidelity to San Diego and its fans, was running a shoestring operation and doing nothing to enhance the team’s stature or build its brand. His motives be­came crystal clear when he shortly there­after announced that the Clips were ma­triculating north to Los Angeles, a Sterling stronghold where he’d made his bones as a lawyer and real estate mogul. Once again, SD had struck out but really through no fault of the public. Breitbard bailed be­cause he felt justifiably aggrieved while the ego-driven Sterling was simply look­ing to make a splash in what he viewed to be a bigger and more prestigious pond.

Hockey in San Diego has never ascend­ed to the highest rung but it’s an absolute injustice that it hasn’t done so. You’d be hard pressed to find another market in the past or even now that warranted it more. San Diego became a hockey hotbed when the Western Hockey League Gulls arrived in 1966 and took the town by storm. On some levels, the Gulls matched or even surpassed the popularity of the Chargers and Padres and became a local phenom­enon. Big crowds were commonplace and the Gulls became an indispensible part of SD’s sporting fabric.

Breitbard, who also owned the Gulls, had a five-year plan which had as its ulti­mate goal bringing in an NHL team within that timeframe. Everything seemed to be in place to make that aim a reality. The fan base was established and rabid, own­ership was respected, the building was acceptable and San Diego was a burgeon­ing locale. But when Breitbard sold the Sports Arena, it complicated the dynamic and two years later the Gulls disbanded. The World Hockey League Mariners then swooped into the void, though they never became fan favorites like their beloved predecessors.

And if you need even further proof that San Diego is an authentic hockey town, just look at the buzz that the latest incar­nation of the Gulls, in the form of an AHL team with ties to the Anaheim Ducks, is generating. After years of absence, hockey returned to SD this past fall with a ven­geance and it’s just like old times with great attendance, energized patrons and a sense that this a place where the game will always have a home. San Diego and hockey seem to go together like a stick and puck.

You look at the NHL landscape to­day and see teams in places like Florida, Tampa Bay, Carolina, Columbus, Nash­ville and Arizona and it’s just criminal that San Diego, with a hockey history that puts all the aforementioned to shame, isn’t among them. But let’s get real here. If the SD sports community, local politicians and some enterprising mogul with deep pockets had gotten together long ago and figured out a way to cut through all the bu­reaucratic crap and build a first-class are­na, we’d most likely be watching a team engaged in the NHL playoffs this very minute. Yes, California is an overregu­lated nightmare and trying to get anything done in this cesspool of red tape can be beyond daunting, but San Jose and Ana­heim somehow managed to do it and as a result, they’ve got teams and spiffy arenas of which to be proud. Now tell me with a straight face that if they can do it, San Diego, with all the inherent advantages at its disposal, can’t.

Ah yeah, there’s the rub. It obviously all comes down to building an arena. It should have been done way back yonder. With the help of many contributing par­It’s ties, San Diego has made an absolute mess of its stadium and arena issues. That’s why a lot of people downtown and elsewhere have become experts at wetting their pants. But that’s in the past, that horse has left the barn.

Going forward is what’s important now. Whether the Chargers get their new digs or not, a high priority must be given to con­structing a new, state-of-the-art edifice that can house basketball and hockey as well as special events such as concerts, etc. If that is part of a Charger proposal that ulti­mately passes muster, all the better.

But if not and the Chargers do leave, then San Diego must attempt to fill that sizeable vacuum by constructing an arena that will be a showcase and literally force the NBA and NHL to seriously reevalu­ate the city, and get those leagues to come calling.

Many say it’s too much of a risk to en­gage in such an ambitious undertaking without some kind of assurance that a team or teams will come with it. I say it’s even dicier to do nothing with or without guar­antees. The NBA and NHL are nothing if not organizations that crave the almighty dollar and if San Diego has a brand spank­ing new home operating out of a market that has vast audience potential and unlim­ited upside, they won’t be able to resist. They’ll answer the siren’s call or forever be labeled imbeciles and marketing dun­derheads for not doing so.

The harsh reality is that unless San Di­ego gets super aggressive and shows some initiative and balls, we’ll never again see an NBA team here or land a coveted NHL franchise which almost seems like it should be a birthright.

It’s truly laughable that San Diego has but two major league sports teams. The city should quit being satisfied with play­ing small ball and have bigger aspirations than that. Let’s hope that the movers and shakers decide that two is an inadequate number and that some serious addition needs to be applied. Come on SD, let’s get it to four. That is, if the Chargers decide to hang around.