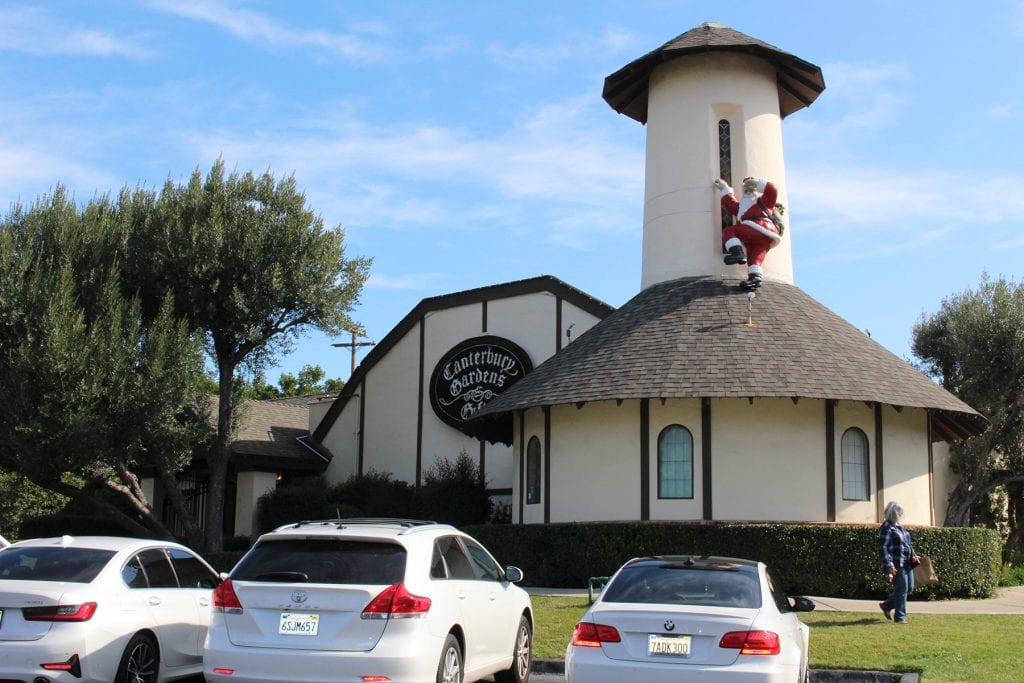 Canterbury Gardens has operated in the old Brookside Winery since 1983 offering unique and nostalgic gifts.

The days may be getting longer in the rest of the country but at Canterbury Gardens, the days are getting shorter, ticking down to when, in the words of owner Dave Hansen, “We sell the last item from the last table.”

Canterbury Gardens, easily one of the most recognizable stores in Escondido, will soon be closing after 37 years in business.

It’s Christmas 2020 in January at the store that for 37 years has been “the” place to get into the Christmas spirit by immersing oneself in the most magical place on earth south of Disneyland.

“The word is out,” said Hansen, who looked with satisfaction at a line of customers forming in front of the cashier when I visited him a few minute after opening. “We can’t handle all the people who are coming in!” He put the word out two weeks ago, and ever since the store has been full from 10 a.m. to 5 p.m. every day but Sunday.

The gift shop, which opened in a former winery, will be closed in a few weeks—to be replaced eventually by a residential development that Hansen hopes will be called Canterbury Lofts.

Although he has loved his work, at 61 Hansen has gotten tired of the 12 hour days and the years without a family vacation.

His mother had operated an earlier incarnation of the business called Nostalgic Gifts in La Jolla in the mid-70s. When Jack Hansen, who then worked for Photomat, was told the company wanted to transfer him east, the family rebelled at moving. They began casting about for a place to open a new business and found the old Brookside Winery building. 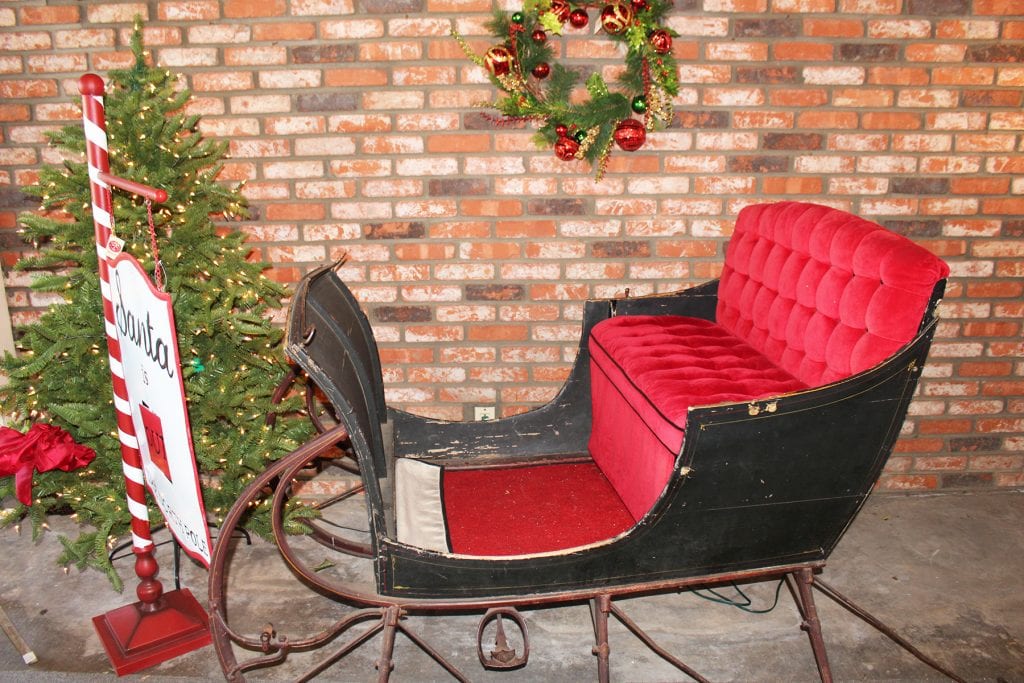 Generations of families have posed in this sleigh every Christmas season. Now, some families are taking advantage of the fact that the sleigh will soon be gone to take one last nostalgic photo.

The warehouse where I interviewed Hansen for this story is filled with boxes of gifts and décor for all seasons. As the store empties, the employees come back to the warehouse and unpack boxes. Sometimes when a customer asks for a particular item, they come back and find it.

As employees asked Hansen how much to charge for individual items, such as Christmas tree stands, or other esoterica, he fired off prices off the top of his head. “We’re moving stuff through here like you can’t believe,” he says. “We still have half a warehouse full.”

“Al and I built the warehouse in thirty days,” mused Hansen, offering no details on what must have been a titanic project for two people. By way of explaining why he is selling, he added, “The land becomes more valuable than the business.”

He is developing the property in cooperation with the City of Escondido. “The city wants this to be a residential corridor,” said Hansen. “It’s time. Timing is everything in business.”

It wasn’t because of declining sales. “We just had the best year ever. But I’m wearing out,” he said.

He will learn a new profession as a developer, but it won’t take up nearly as much of his time. “That will be my next job and maybe I’ll get in a family vacation.” 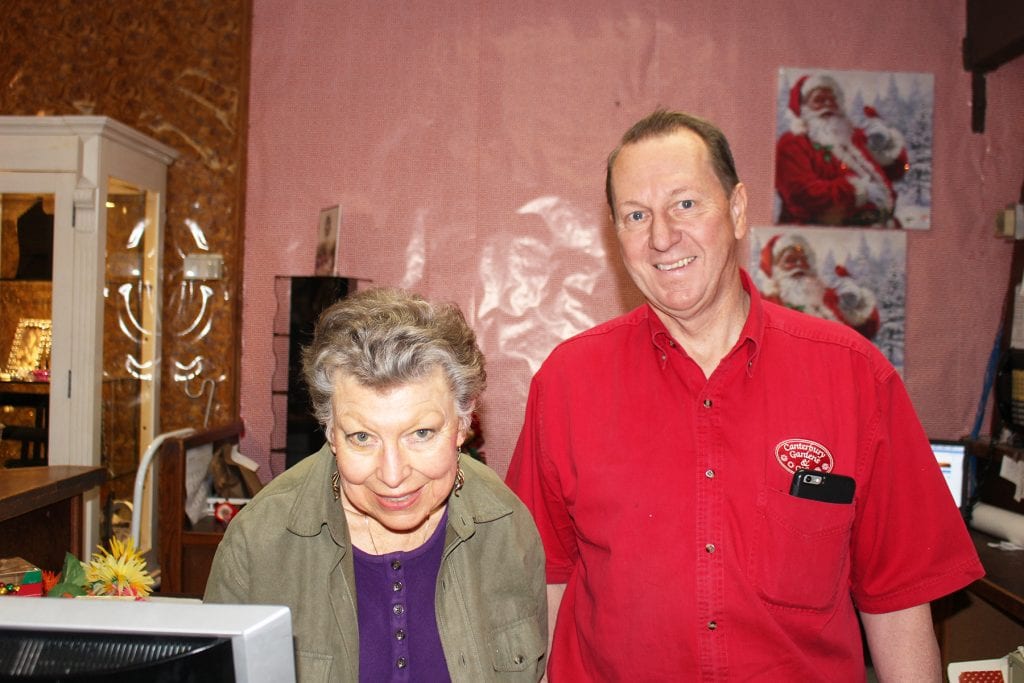 Canterbury Gardens owner Dave Hansen and Bettie Goss, who has been a cashier at the gift shop for 34 years.

As for the charming building itself, which has always had an atmosphere of the North Pole or a Swiss chalet about it, it will be taken apart and reassembled somewhere else, but not as a gift store, said Hansen.

The development will be between 47 and 50 residential units, depending on what the Planning Commission allows, he said.  Moreover the business will end with him. “I’m not going to sell the business because I don’t think anyone want to work as hard as I do. I want Canterbury to be a good memory for everyone.”

That includes the 20 or so employees. He has found post-Canterbury jobs for most of them. He has been calling businesses around town and starting off the conversation: “Do you need a really good employee?”

One that he didn’t find employment for was Bettie Goss, who has been with the store 34 years. “She’s happy to finally stop,” he said. “We’ve nearly worn her out!” Some other employees have been with the store 20 years or more. As word got out of the store closing, many former employees have come back to give Hansen a hug. Some worked for him when they were teens and have brought their children in to see the place one last time.

As he recalls, “We rarely fired anyone.”

I asked Hansen how Canterbury Gardens got its name. “My mother, who traveled in Europe, thought the name was good,” he said. 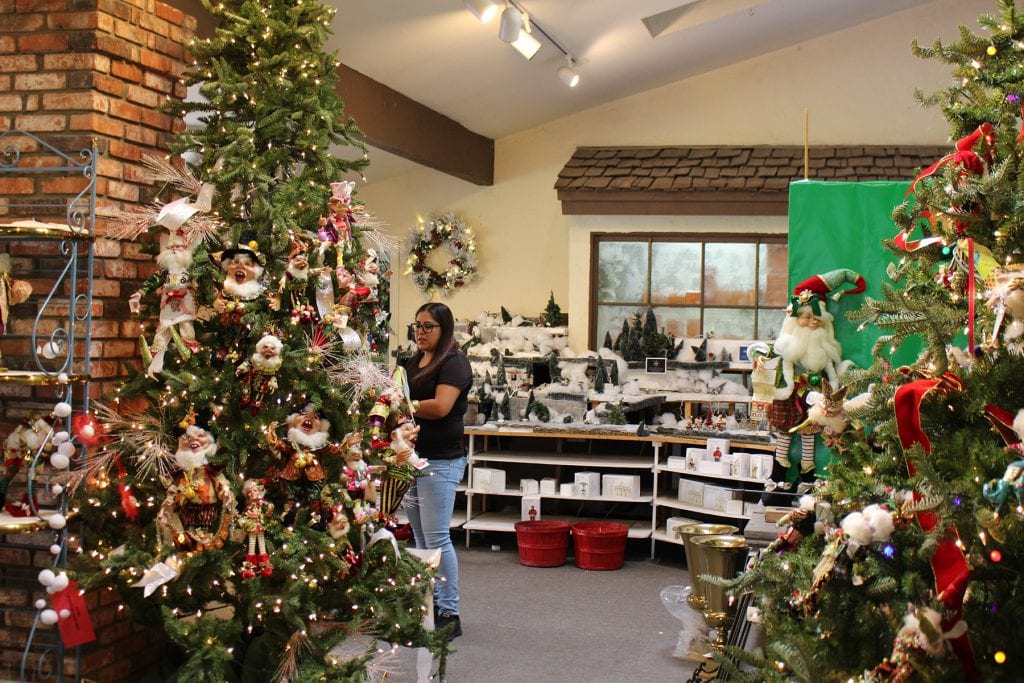 It’s hard to believe that it’s not still Christmas. Every item you see and many more, are for sale and will soon disappear from the store.

The store has always had a reputation for high-quality items that the people who bought them didn’t really need, but really, really wanted! For the last two decades Hansen traveled the world to trade shows and manufacturers looking for unique finds—the very best. “We helped quite a few fledgling businesses get started,” he said. “There are other fine stores in the area, but nothing in our size.” They have had an international reach. It has been fairly routine to get orders from Australia and other countries.

Was it a fun run? “I love this business,” he said. “And if it wasn’t for the traveling one hundred days a year and the twelve hour days . . .” he lets the sentence hang. “For all the time I spend at it I probably make the least per hour of anyone I know.” He does love the customers. “I love the people who come in here. Over the years I’ve decorated hundreds of homes for Christmas.”

I asked him what he wanted to tell his customers. He didn’t hesitate: “That Canterbury Gardens appreciates everything that they bought that they didn’t need.” 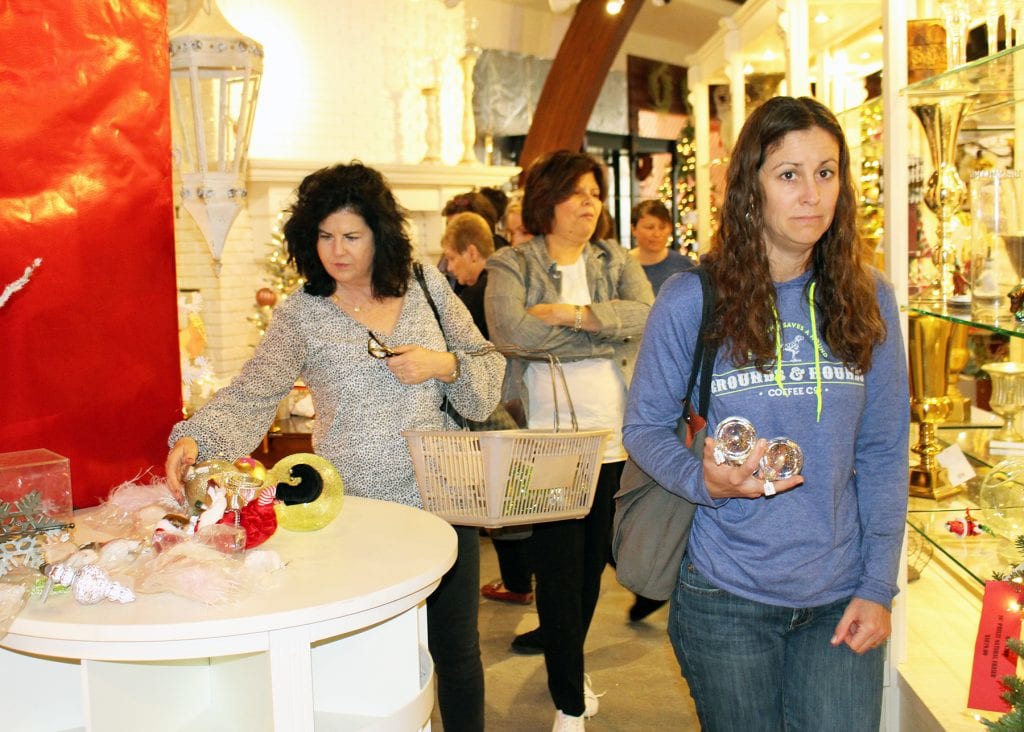