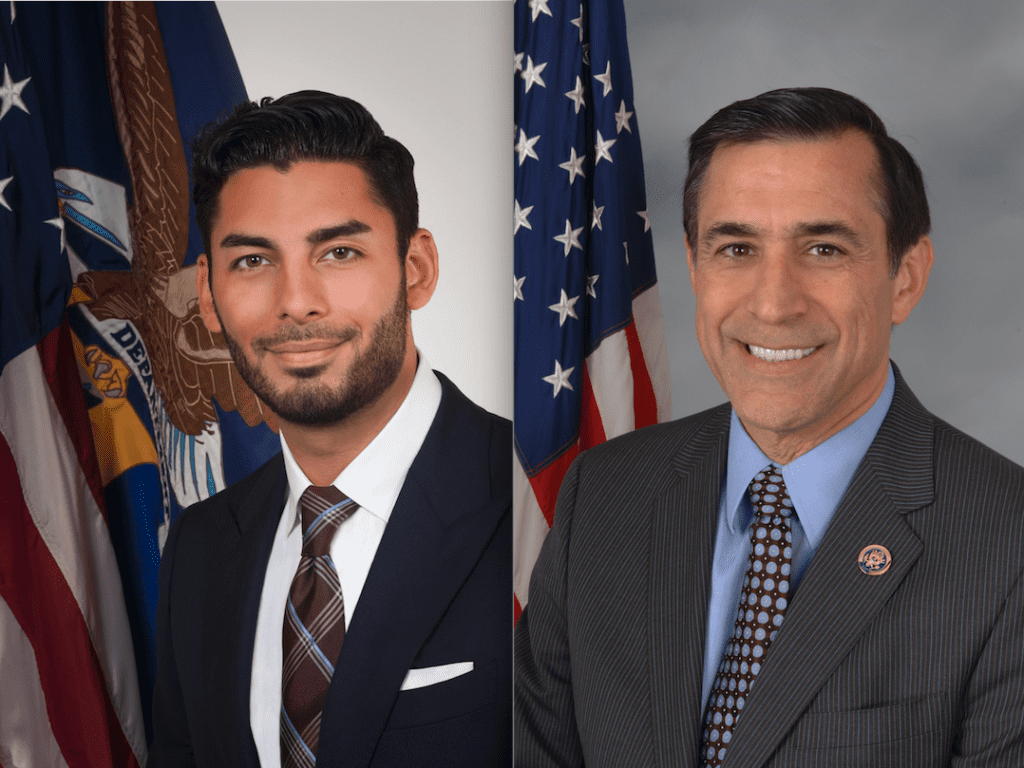 The excitement is mounting as a local poll shows that Republican Darrell Issa and Democrat Ammar Campa-Najjar are running virtually neck and neck in the race for the 50th Congressional District seat.

So it just adds to the excitement that both candidates have confirmed that they will attend the September 30 candidate forum being co-sponsored by the Escondido Chamber of Commerce and the Escondido Times-Advocate.

The sponsors are still looking for a venue for this contest, but it will definitely happen, even if it means being as a purely virtual event.  The Chamber and newspaper are also holding forums on October 1 for all of the city council seat elections. As of this writing all council candidates have confirmed that they will attend.

Chamber CEO James Rowten (JR) commented on the joint effort: “The Escondido Chamber of Commerce is proud to partner again with The Times Advocate in hosting a series of candidate forums in the next couple of months leading up to the November 2 General Election. What better partnership could there be than the Chamber and the TA combining resources to bring to the voting public a series of forums with the candidates who have the highest local impact? Stay tuned to both the TA and the Chamber for updates and details.”

“The Times-Advocate can barely conceal its excitement at the prospect of holding another congressional forum that will be part two of the one that we held in Valley Center in cooperation with the Valley Center Business Association that involved the four top candidates and which attracted a huge amount of interest,” said publisher Justin Salter.

Salter noted that the newspaper prefers to work with vital business-oriented organizations in planning such events.

He added, “But in addition, we will be doing more forums for the local city candidates as well as the Assembly and the board of supervisors.” He added, “We are really looking forward to working with the talented and dedicated people of the Chamber to do a series of forums that will inform the voters of this area. An informed electorate makes better decisions.”

Right now the exact dates, other than the dates for the congressional and city council forums, are fluid as organizers try to line up candidates, which it is challenging to do in this world of COVID-19.

Keep an eye out for more updates on these candidate forums.

Those who have an interest in volunteering to help put on these events, contact the Escondido Chamber of Commerce at 760) 745-2125 or The Times-Advocate at editor@times-advocate.com