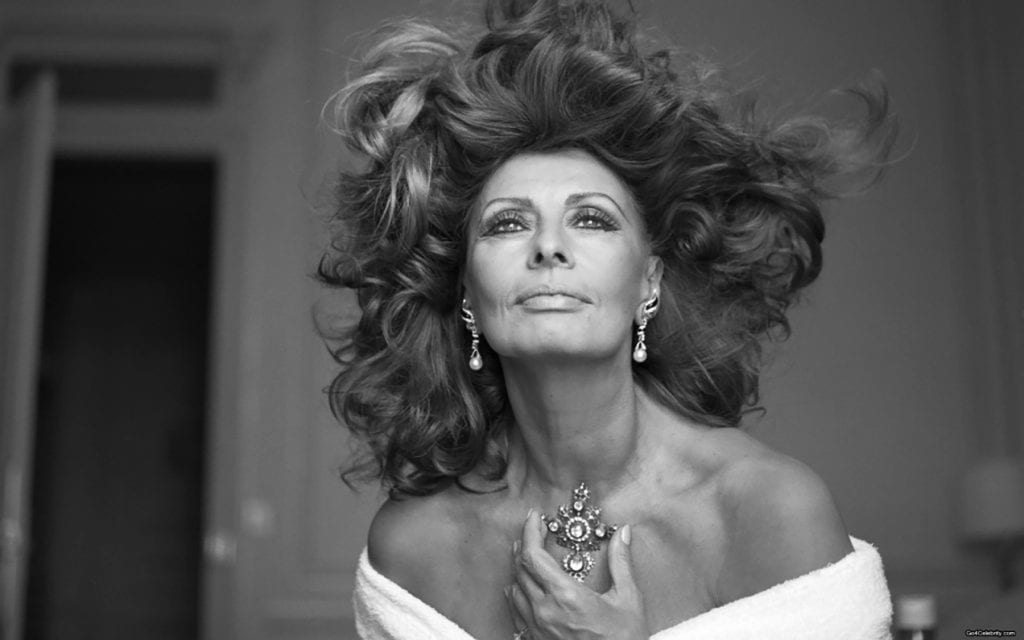 At age 84, Sophia Loren remains “la forza,” translated as “the strength” or “the force.” She will appear at the Center November 24.

Synonymous with grace, beauty and artistry, Oscar-winning actress Sophia Loren will captivate audiences with an intimate onstage conversation and Q&A at the California Center for the Arts, Escondido on Sunday, November 24, at 4 p.m. in the Concert Hall.

The prolific career of this legendary star spans over five decades earning a remarkable array of notable accolades, including the first Academy Award presented for a foreign-language role with “Two Women”.

Decades later, in 1991, Sophia Loren received an Honorary Award from the Academy in acknowledgement of her indelible contributions to world cinema.

Until 1999, Sophia Loren was the only performer ever to win an Oscar for a foreign-language film. She received an honorary Oscar in 1980 for Lifetime Achievement.

Even today, at 84, Loren remains “la forza.” She is one of the last surviving stars from the Golden Age of Hollywood.

Along with “An Evening with Sophia Loren” show, the Center will be hosting a free movie screening of “Houseboat” starring Cary Grant and Sophia Loren at 1:30 p.m. and a post-show backstage reception immediately after the show for $35.

The post show reception menu includes Tomato and Mozzarella on a Pesto Crostini with a Balsamic Drizzle, Charcuterie Platter with Baguettes, Baked Artichoke, Tomato and Basil Pasta with an Alfredo Sauce of Mozzarella, Ricotta and Parmesan, Roasted Vegetable Platter and Cannoli & Tiramisu Desserts.

Get more information about the show as well as purchase tickets here: artcenter.org/event/sophia-loren/