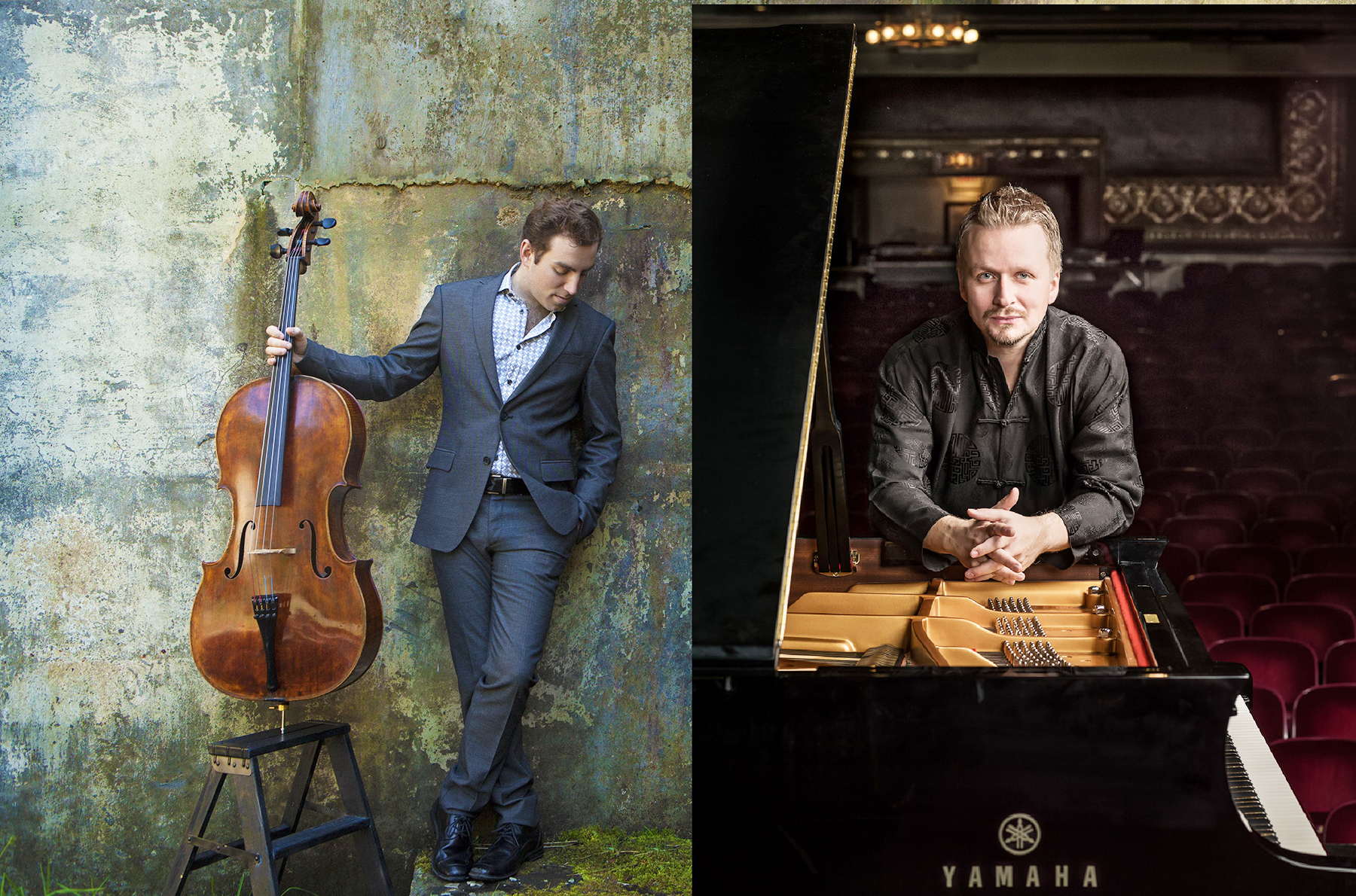 Cellist Thomas Mesa and Pianist Ilya Yakushev join together to perform at the California Center for the Arts, Escondido on Sunday, February 24, starting at 3:30 p.m. in the Center Theater.

The young Cuban-American cellist Thomas Mesa won the 2016 Sphinx Competition $50,000 First Prize, and recently performed as soloist with the Los Angeles Philharmonic for over 30,000 people at the Hollywood Bowl in the orchestra’s annual Tchaikovsky Spectacular.

Thomas has toured with Itzhak Perlman and Protegés both nationally and internationally and as a member of the St. Petersburg Piano Quartet, he played sold-out concerts at Barge Music (New York City), the Da Camera Society (Los Angeles), Music Mountain and numerous other venues across the U.S. His regular duo partner is the acclaimed Russian pianist Ilya Yakushev.

Russian pianist Ilya Yakushev, with many awards and honors to his credit, continues to astound and mesmerize audiences at major venues on three continents.

The Mesa-Yakushev Duo Intimate Classics performance at the Center is sponsored by Mrs. Lois Brossart.

Tickets for the show range from $35-$55 and the “After Show Meet & Greet is $100.  Get more information about the show here: artcenter.org/event/mesa-yakushev-duo-intimate-classics/