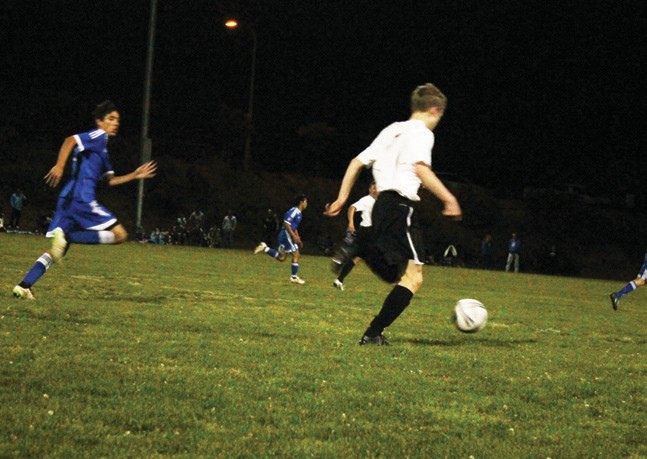 The FC Heat International exhibition game on April8. The FC Heat are in blue. Salford Schools from Manchester England are in White.

On April 8, FC Heat and Escondido Soccer Club hosted its 2nd annual international exhibition event at Ryan Park in Escondido. The playing field was adorned with Adidas flags and banners and looked conditioned for a cup final. Hamburgers, hot dogs and tacos made this a great family occasion that approximately 300 people showed up for.

The first warm up game was between FC Heat Girls U18 v. Carlsbad Girls G U18. This game was very physical for two high level girls’ teams. Carlsbad intent on playing the width of the field and building their attacks from the back, while FC Heat were more direct, trying to take advantage of the counter-attack. On three occasions the Carlsbad forwards came close to scoring, hitting the cross bar once and the posts twice. 0-0 at half-time, this game could have gone either way. It was FC Heat however who prevailed, when Marissa McInerny converted on a through pass from Emily Tuttle finishing well.

From a coaching viewpoint, coach Hector Hernandez of FC Heat and coach Phillip Shuttleworth of Carlsbad shared a general commonality, their comments to all of their players during this game were always positive. A great credit to both clubs.

In the main event, as the temperature cooled and a little fog moved in, FC Heat boys played their British rivals Salford Schools FC Boys U16 from Manchester in England. This indeed was a classic event as both teams from the kick-off were both physical in their approach and super fit. The pace of the game was extremely fast. The Salford team 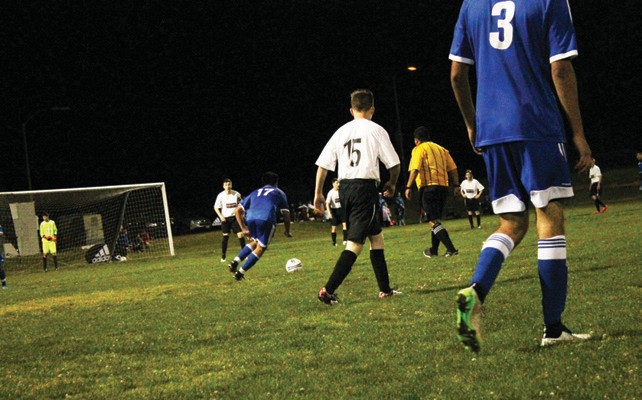 playing more of a long ball old English style game, aiming for their big front men, while FC Heat were playing a quick passing game through the midfield.

Just before half-time Salford were awarded a penalty kick when their inside forward was pulled down in the area. The spot kick was taken and superbly saved by the Heat goalkeeper Andy Woesner, diving at full stretch and low to his left. Unfortunately Woesner had to be taken off the field after breaking his collarbone in two places while making the save. The pace continued at high speed and a yellow card was issued to the left full-back from Salford, and on the prevailing free kick FC Heat struck the crossbar. 0-0 at half-time.

The second half was just as entertaining with FC Heat putting on more pressure working through the midfield. It was a superb shot from a rebound just outside of the area by Edgar Mejia that gave FC Heat the lead. Heat were rewarded again just 10 minutes later when Hugo Cerda won the ball in midfield and finished well. The third and final goal came from a free-kick on the left for FC Heat, which was reminiscent of a Christiana Ronaldo free kick, when Edgar Mejia kept the ball low, which found its way under the jumping defensive wall for a superb goal that gave the Salford keeper no chance.

All in all this was an exceptional event for the City of Escondido and FC Heat. It was great to see all the boys sharing the occasion after the game, their arms around each other’s shoulders. This is what high level youth soccer is all about.