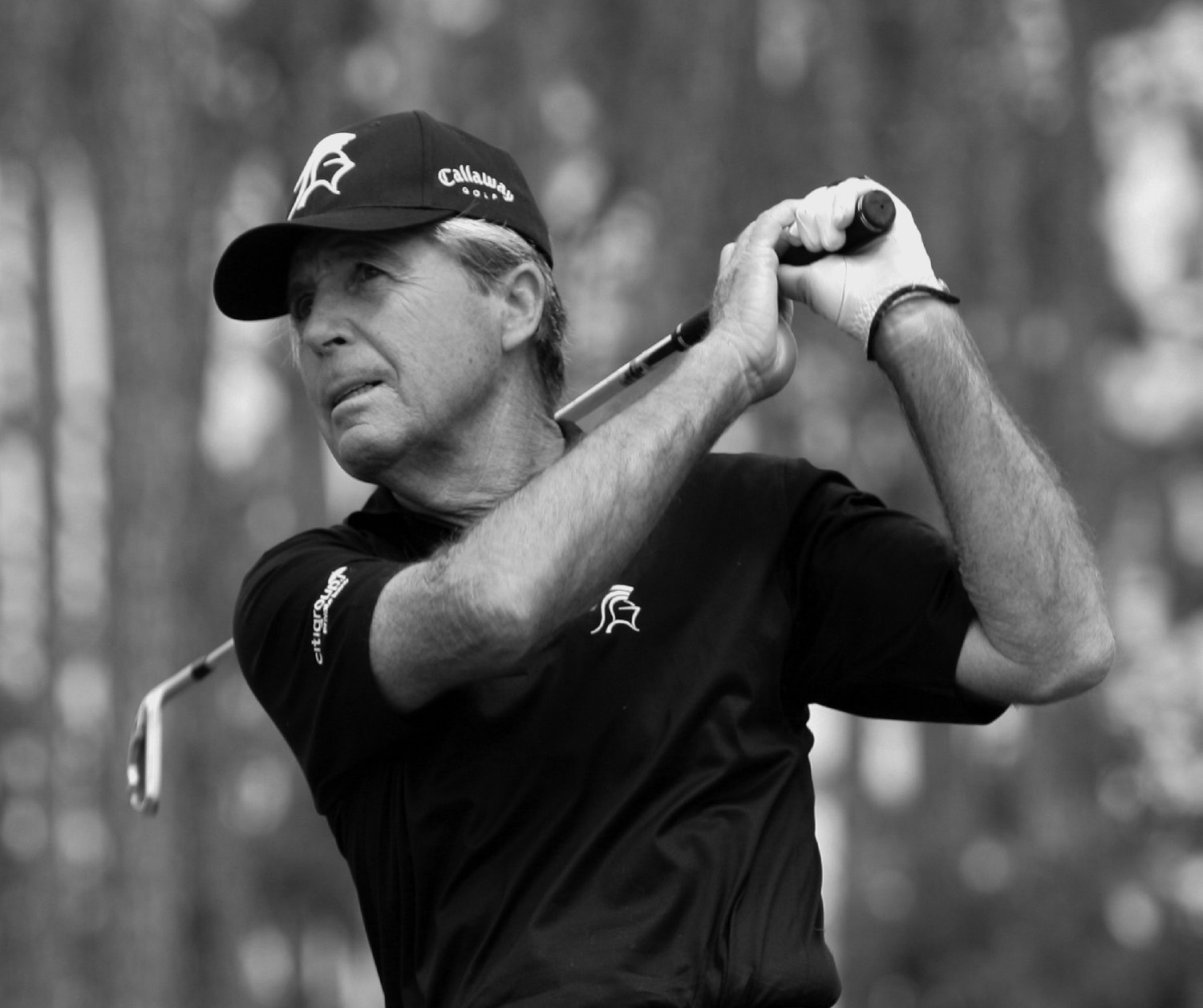 One of the most egregious and uncon­scionable myths that is frequently ad­vanced in this country is that once you hit 65 years of age, you’re supposed to ac­cept the propaganda that says your life is basically over. That at that late of a date, you’ve become inconsequential and of negligible use.

This myopic thinking suggests that any perceived older man or woman should just get the hell out of Dodge and head to the sidelines, there to be rarely seen or heard from again. Just live out the rest of your life in anonymity, away from those who can no longer be bothered with your presence since in their small minds you contribute little and do nothing but get in the way.

Some of you reading this will find it hard to accept that that sort of age dis­crimination exists, but I’m here to say that it’s alive and insidious and reflected daily in the American culture. Instead of treating our elderly with respect, defer­ence and admiration, too often they are dismissed, marginalized and made to feel as if they are nothing but dead weight. As a nation, we have failed miserably to take advantage of an incredible resource — namely the gifts, talents and wisdom that only our seniors can offer.

And hell, when it comes to athletics or any physical pursuit, those old geezers are practically useless and can’t show us anything, right? At that time in their lives, they should be relegated to being spec­tators and content with occupying that passive role. If the older crowd wants to watch the young Turks do their thing ath­letically, well then, they might be permit­ted to do that, but they better not dare take up any space on tennis or hoop courts, golf courses, bowling alleys, baseball or softball diamonds or even the waves of the ocean. That’s not their turf anymore! They had their day in the sun but that time is now ancient history so just take off and find a comfortable chair from which to veg away the rest of your life. You’ve be­come passé with the parade having long since passed you by.

Believe it or not, such a disturbing and prejudicial mindset as this does live on in the United States and is hardly uncom­mon. It can be found just about anywhere you care to look.

That’s why it’s such a hoot when some­one like golfing great Gary Player comes along and absolutely obliterates all those misguided, damaging and limiting stereo­types. Because Player is a living example that the years on a calendar can be irrel­evant if the mind and the body remain ac­tive and engaged.

To this day, Player continues to be an athletic marvel at the rather astounding age of 80. What he’s physically capable of doing would cause 99.9% of twenty- somethings to quit in utter exhaustion, if not go into possible cardiac arrest. Get a load of this taxing regimen that Player religiously undertakes: 1,300 sit-ups a day and 4 to 5 times a week he engages in extensive leg, lower-back and neck stretching, sets of one-legged squats, 1,000 mixed crunches, several core exer­cises, sprints on a treadmill and just for good measure, he gets in a set of heavy leg presses. Man, I’m sweating bullets just thinking about all that exertion.

But there’s even more. When Player is on his farm in his native South Af­rica, where he spends approximately five monthsoftheyear,he’llriseat5am.and work his butt off for 12 hours doing chores and gladly pitching in with the hands.

And because of his finely tuned body and still honed-in hand and eye coordina­tion, his golf game remains remarkably intact. The man who earned the nick­names of “Mr. Fitness” and “The Black Knight” during his playing heyday, can’t remember the last time he didn’t shoot a score under his chronological age.

At his peak, Player measured out at only 5-foot-6 but he was a rock solid 150 pounds and possessed dashing good looks. Often decked out in a signature dark shirt and pants combination, the raven-haired Player would go on to carve out one of the most legendary careers in golf. It is irrefutable that he is the finest and most accomplished non-American golfer of all time. The winner of a staggering 165 tournaments on six continents over six de­cades, Player is only linkster to have com­pleted the career Grand Slam on both the regular and senior tours, a true testament to his skill and amazing staying power.

A physical fitness devotee ever since his older brother gave him a set of weights when he was a youngster, Player was mocked, ridiculed and considered a nut- case when he continued training with weights even while participating in tour­naments at the highest level. This was unheard of in the day, a radical approach that no one else had even considered. Some thought of it as pure lunacy with the prospect that Player would get too bulky which would invariably mess up his swing. In fact, predictions were constant­ly made that Player would inevitably wear down from all this supposed detrimental and extraneous exercise and be done in by the age 35.

But Gary knew better. He stayed nimble while gaining a significant physical edge because he knew he was in better shape than anyone else. This helped bolster the mental side of his game, convincing him that he would hold up better to pressure and stress coming down the stretch than would his less conditioned opponents. No one knew it then, but Player was a vi­sionary and a man ahead of his time, em­phasizing the importance of fitness in his sport and proving the golfers could indeed be athletes. Player became the forerun­ner to mega talents like Tiger Woods and Rory McIlroy, who would later devote themselves to being workout warriors and reaped tremendous benefits from their ef­forts to sculpt their bodies and get stron­ger. Today, in great part because of Play­er’s innovative thinking, the PGA Tour has its own traveling gym.

Player’s preeminence in the sport is perhaps best reflected by the fact that he became part of the only true “Big Three” that has ever existed in golf history. Join­ing icons Arnold Palmer and Jack Nick­laus, they formed the most dominant trio of competitors whose storied careers in­tersected over a lengthy period of time. They were giants of the game who con­tinually did battle with one another and by doing so, elevated golf to an entirely new level. Palmer and Nicklaus were absolute heavyweights but the gritty Player stood right up to them and proved he that be­longed in their elite company. His ability to hang with Arnie and Jack did much to stamp him as a legitimate immortal.

Never losing his zest or passion for life, Player has accomplished things that are completely breathtaking. A prolific golf designer, he has been involved in 325 proj­ects ranging over five continents. He has either authored or co-written 36 books. Because he never wished to abandon his South African roots and has continued to use it as a base of operations, Player has logged a staggering 15 million miles in travel worldwide.

His other extensive business endeavors and ventures are too numerous to detail in their entirety but among the more interest­ing are his involvement in wine produc­tion, real estate, apparel and the breeding of thoroughbreds. Other than that, Player hasn’t been all that busy, the lazy son of a gun.

Whether it has been his intention or not, Player has served as a beacon of in­spiration for those that are getting on in years. Listening to him, it’s like getting a pep talk from an engaged and energetic coach. Player considers retirement to be an anathema and encourages people to forget about it. He feels that it is essen­tial for those still capable to keep working and moving.

He is a big advocate of eating less and more sensibly, with a diet trending to­wards the vegetarian side and which in­corporates plenty of fruits and nuts. And he particularly cautions against heavy dinners or late-night meals. Player says that one’s body is like a car and when it’s in the garage and not being used, it doesn’t require any gas. Likewise, when a human being has wrapped up his or her day and is basically at rest and taking it easy, there is no need for a great amount of sustenance. That should come during breakfast and lunch, when the demands of the day require the requisite energy and refueling.

Player also harps on the value of in­creased and consistent water intake. And he openly wonders how many people are being done a monumental disservice and having their health impaired because they are or have been over-medicated.

And it goes without saying that Gary is an apostle of staying active and having an exercise or workout regimen. To Player, inertia, lack of motivation or unwilling­ness to undertake a new routine is like handing the Grim Reaper your calling card. To the superbly fit Player, a body is meant to last an extremely long time if it is properly maintained and looked after.

Contending that he feels more like he’s 40 than his actual age, Player vows that he’ll never stop testing his body and when he reaches that magical 90-year plateau, he’ll still plans on getting around the course in fewer than 80 strokes.

Player feels that he has been rewarded with good health and longevity because he has diligently taken care of himself and he would like to see others experience a similar fate. As such, he recommends a robust lifestyle for as many as possible.

And when the end finally does come, whenever that may be, Player plans to be in the midst of working hard and not lounging on some couch. Gary will be going out with his boots on which seems only fitting for someone who recently amazed an onlooker when he leg pressed an eye-popping 400 pounds.

Player is the ideal to which we all should all aspire as we age – involved, engaged, enthusiastic and never allowing preconceived or false notions to deter or discourage him. He is concrete proof that life can be meaningful, full and extremely productive well into a person’s 60’s, 70’s and 80’s.

And thanks to the shining example he continues to set to this day, others might be emboldened to broaden their horizons and not be satisfied with being told their days of contributing are over. As a senior citizen, you look at Player and draw tre­mendous inspiration and encouragement. He has clearly demonstrated that life at any stage is well worth the living.

Gary Player, winner of nine Grand Slam events (tied for 4th all-time) and golfing superstar, has left an indelible mark on the game he was so instrumental in helping to grow. But perhaps, one of his greatest contributions to his fellow man has been the way he has shown that advancing age doesn’t mean it’s time to pack it in. Play­er’s message has been to keep on doing what you’re doing and don’t retreat from life but rather embrace it for all its worth. Now that’s a credo worth living by!