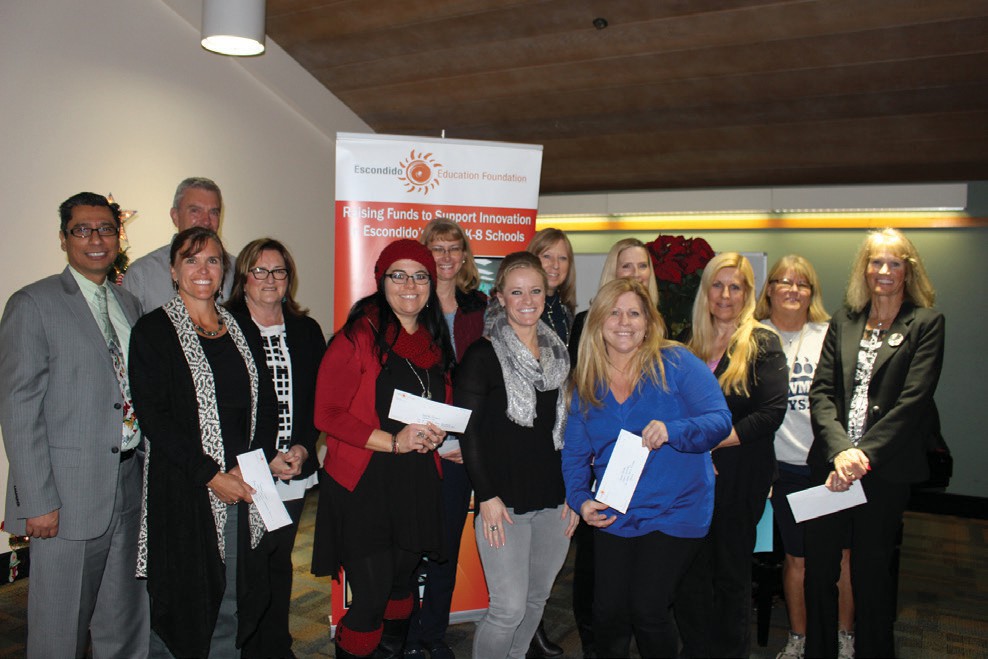 The Escondido Education Foundation Tuesday hosted the annual Dr. Mike Caston Innovation Awards in the Turrentine Room of the Escondido Library. It awarded a total of $60,000 to teachers given grants to do innovative classroom projects.

This year the Foundation made the following grants:

Carolyn Royer, president of the Foundation, told The Times-Advocate, “The Foundation Board is all volunteer and we have worked very diligently this last year to provide funding for as many grants as possible. Each year we try to improve on the previous year . . . we outdid ourselves this last year!! Now the bar is set really high for this upcoming year.”

At the beginning of the awards Mrs. Royer introduced Supt. Luis Rankins- Ibarra, who thanked the foundation for the support that it gives the district’s teachers. “You are celebrating the extra special teachers who are willing to go up and beyond,” he said. 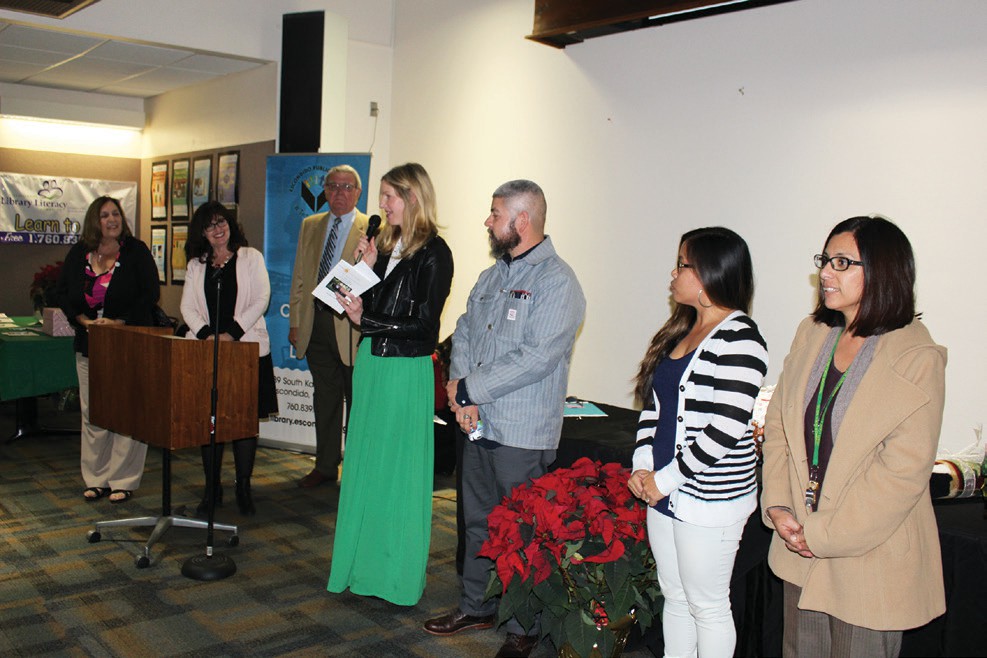 get over the sophistication of these projects.”

Two of the students celebrated by the program were two brothers, one an 8th grader at Rincon Middle School and the other a fifth grader. Together they created their own company, called Brother Robot.com that uses a 3D printer to produce items such as a prosthetic arm and a “skull print” of animal for an area college.

The boys originally funded their company by saving up their birthday money and then bought equipment that they used to make more equipment.

Later in the evening the youngest brother demonstrated a headset that allowed him to fly a drone inside of the auditorium.

Guest speaker at Tuesday’s awards recognition was Debra Kimberling of the Society of Women Engineers, who spoke about the importance of making the “engineering” part of STEM (Science, Technology, Engineer and Math) education exciting.

Kimberling, who was an engineer for 30 years, retired in her 50s and has de- voted herself to “leading the way for new engineers,” especially to make it easier for women to choose this career path. She noted that 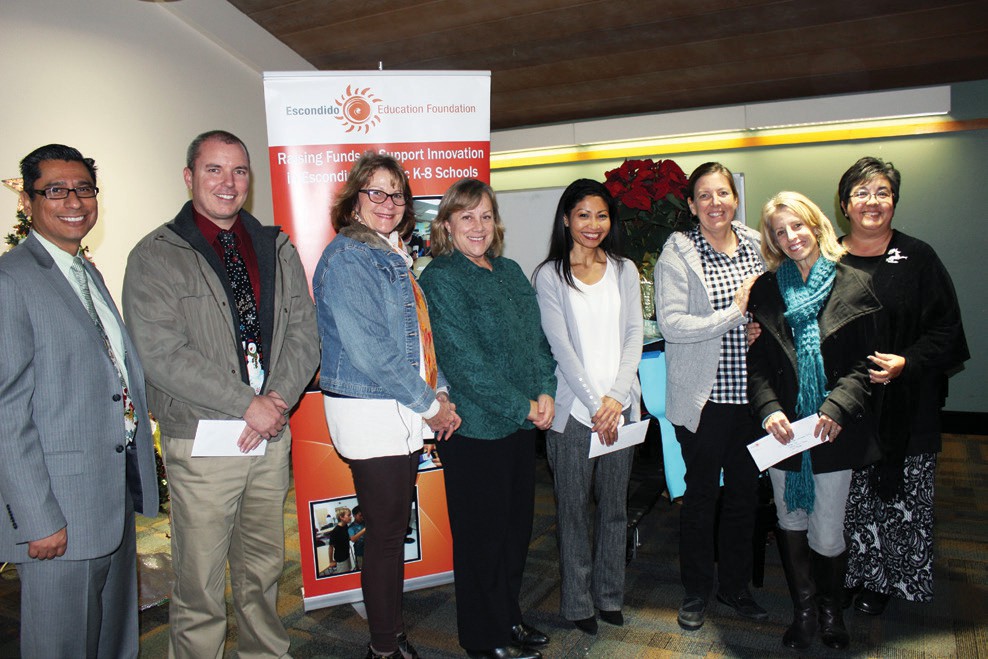 These teams were awarded $2,500 per team for innovative programs. Shown with them is Dr. Ibarra, superintendent.

although some statistics would lead one to conclude that women are becoming engineers more than in the past, the truth is that the percentage of women earning engineering degrees is still only about 20%.

“In my lifetime it really hasn’t changed much,” she said. “Although I can see a lot of promise, the ‘E’ in STEM has been rather silent. We need to introduce excitement into what engineering is doing.” She urged teachers to help spread the word.

“We need to tell them what role engineers play in everyday life and we need to let them know what the world would be without engineers,” she said. “They help make the world a better place.”

She urged teachers to take advantage of Project Lead the Way, which offers training in Core Training classes. “Engineers make a world of difference and they improve peoples’ lives,” she concluded.

The complete list of grant winners is presented below. 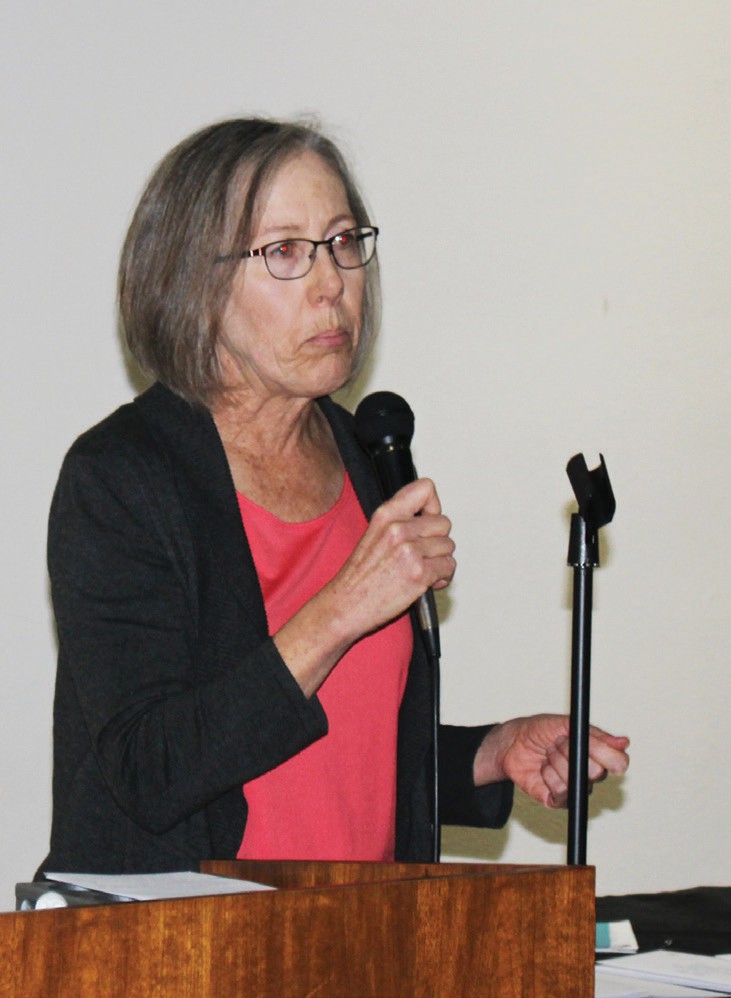 Debra Kimberling spokes about the importance of making engineering exciting for students.

Michele Einspar, Krykytle Miller and two others who teach 6th graders were awarded $500 for their project: “Newcomer Photo Books.”

Pioneer School’s Melinda Britt was awarded $500 for her K-5th grade project called “Mad About Science that will impact 743 students.

Teacher Zoe Carpenter of Quantum Academy was awarded $500 for a program teaching STEAM principles called Rainy Days and STEAM. Note: STEAM is just STEM, but with the component of “art” added.

Quantum Academy, through teachers Christy Hansen and Cindy Jackson was awarded $2,368.23 for a “Virtual Realty” project for teaching Social Studies/Science to grades 4-7.

A team of teachers from Bear Valley school that 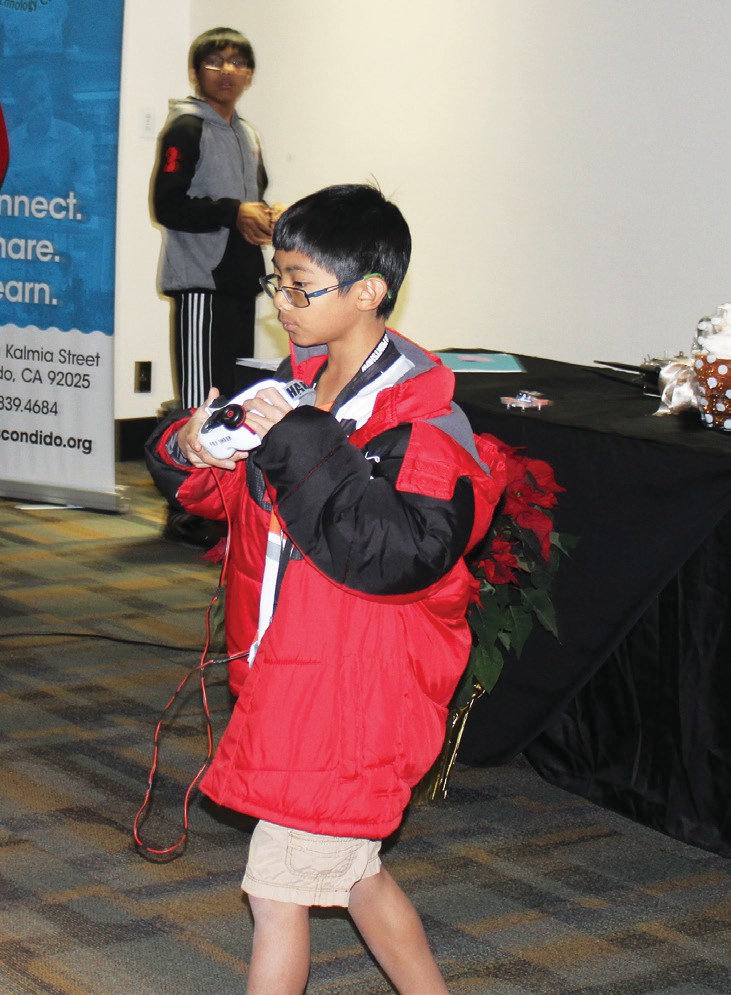 A fifth grader who funded a start-up company called Brother Robot.com with his brother using birthday money as seed money.

A team from Mission School, led by Tamara Whitney and Katelyn Sylvester were awarded $2,500 for “The Great Digital Escape,” for 6th and 7th graders.

A team from Rincon school that included Mary Pope and Carla Peterson were awarded $2,500 for a project called “Protecting Species: Are They Worth It?” for 7th graders.

A team from Glen View School that included Jennifer Wade was awarded $2,500 for “Reading Revolution,” a reading program for 5th graders.

A team from Rock Springs School that included Jennifer Zacharias and Gerald Lake were awarded $2,530 for the project: “Let Our Voices Be Heard: Microphones for Elementary School Performing Arts.”

North Broadway School, whose team included Diane Postler and Health Wulf, were awarded $3,409 for the project “Readers Are Leaders” for grades K-5.