Indian Health Council Chief Medical Officer Dr. Dan Calac is right where he wants to be 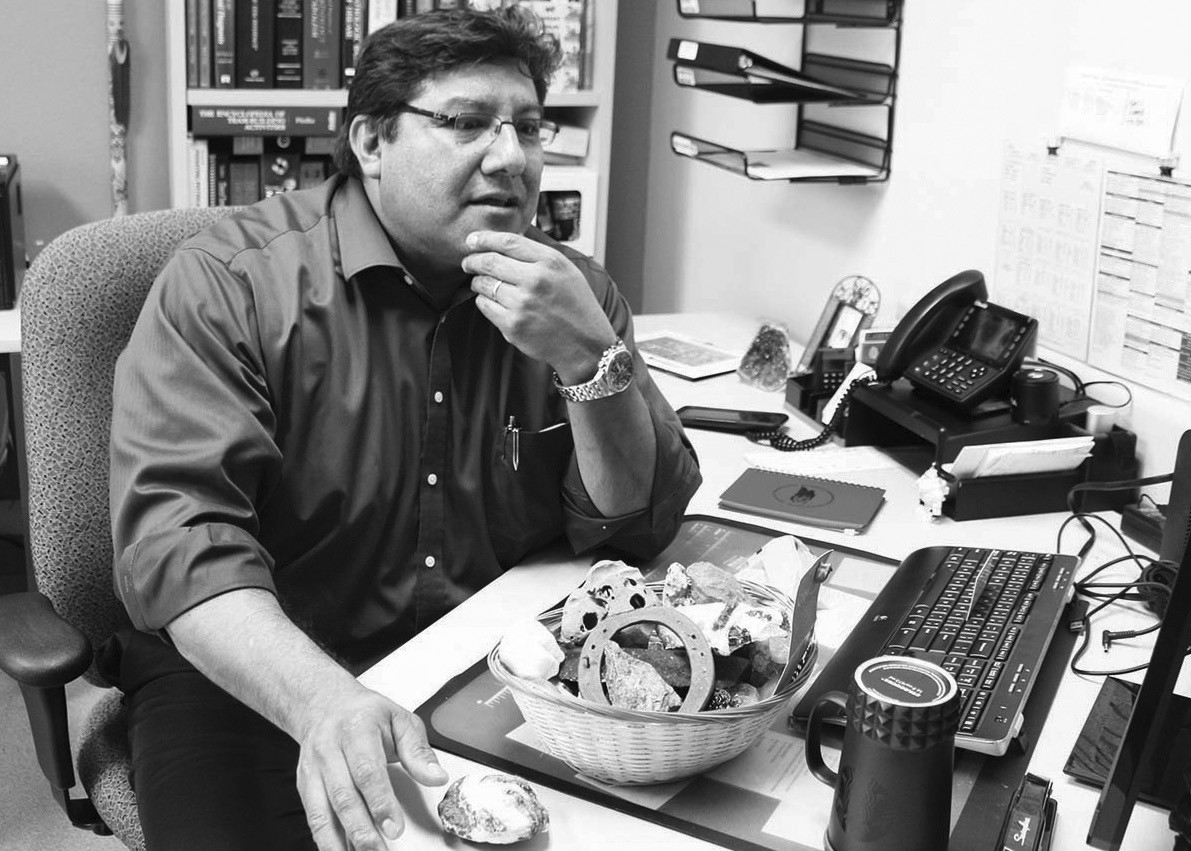 Indian Health Council’s Chief Medical Officer Dan Calac, a member of the Pauma Tribe, has been serving fellow Native Americans for many years.

“You come back and see me some­day and I’ll give you a job,” Dennis McGee, the venerable founder of the Indian Health Council medical facil­ity on the Rincon Reservation once told Dan Calac, who later DID come back to become the clinic’s Chief Medical Officer.

Dr. Calac is a man who has dedi­cated his life to serving fellow Na­tive Americans, mentoring them to be successful and encouraging them, where appropriate, to enter the med­ical profession. He strives to be a role model for Native Americans.

“Most of my life has been about helping people,” he says. “I always strive to be a role model and a men­tor. That has always been the atti­tude of everyone in my family.”

In 2014 KPBS honored Dr. Calac as one its “Local Heroes,” and he was the North County Times’s Volun­teer of the Year in 2011. Last Decem­ber the Valley Center-Pauma Unified School District honored him for pro­viding his expertise with the district’s new STEM – Science, Technology, Engineering & Math program by as­sisting the district in its goal to better prepare native students with addition­al opportunities for STEM careers.

In a sense, this Escondido resident’s whole youth was a preparation for the career that now seems inevitable, al­though he resisted it for years. A mem­ber of the Pauma Tribe, he attended the Pauma Elementary School in Pauma Valley, graduating in 1980 and going on to Fallbrook High School.

As a boy, Calac developed an abid­ing interest in science, an interest that he maintains today. He knew that he had earned a lot of A’s in various subjects and “I was always a big geek. My dad took me to a swap meet where I spotted a microscope and asked him to buy it for me.” He voraciously devoured science books that he checked out from the small Pauma school library.

At some point in his young life he realized, “Whoa! I’m going to be involved with science!” He was a land surveyor before he settled on medicine.

Soon after he was hired by Indian Health Clinic, a consortium of nine tribes located in North County that provides on-site clinical and out­reach services to nearly 5,000 cli­ents. He has served as Chief Medical Officer since 2003.

He initially deferred returning to work at the Indian Health Council near his home reservation because it seemed so predictable. The Indian Health Service (part of the U.S. Dept. of Health & Human Services) paid for his education and he knew that he would be serving his community in an Indian clinic somewhere. Initially af­ter finishing his education he and his wife Jacqueline went to live in Santa Clarita and he began visiting Indian clinics. “None of them felt right,” he recalls. “So I came here and met with the executive team. Everything seemed familiar. I knew everyone.” He was offered a job—the job that he still has today.

Dr. Calac and his family are a family of medical professionals. His mother, Esther is a nurse practitioner who to­day works with her son at the IHC. In his youth he was exposed to her pro­fession almost daily. She was the first nurse in her family. “She’d have us kids waiting in her 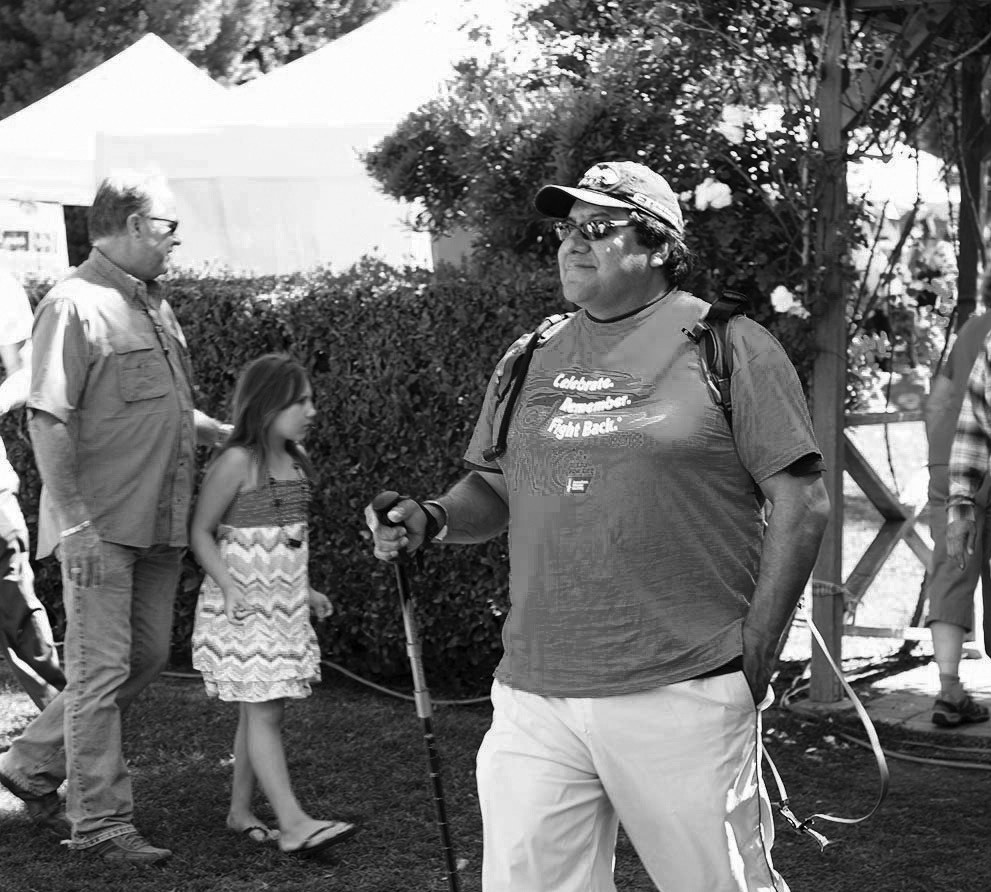 Dr. Dan Calac has seen his family grow into the tradition of service, mostly in the medical profession. His son and daughter are following in his footsteps.

office,” he recalls. “She would use us as live models for her well child demonstrations.” Her at­titude, and the attitude she instilled in all of her children was helping people.

Dan Calac has been married for 25-years to Jacqueline. They have four children who they have raised in the same tradition of service. And in their case, the fruit does not fall far from the tree. Their 21-year-old son Alec is completing a double major in Neuro­science with an emphasis in Cognitive Science and Cellular/Molecular Biolo­gy with a minor in Biochemistry. He is considering MD/PhD programs across the country and possibly practicing as a neurosurgeon. He recently obtained his BS from the University of Arizona and upon graduation is headed to the National Institute of Health for a two year post baccalaureate program at the National Institute of Neurological Disorders and Stroke (NINDS).

Alec’s progress amazes and delights his father. “At the age of 21 he sur­passed what I had done at 35!” he says proudly.

His 18-year-old daughter Samantha, a senior at Cathedral Catholic High School, is setting her own path and is aiming at becoming a physician as well.

As Chief Medical Officer for IHC Dr. Calac oversees 18 doctors, six core providers and a staff of 32. He is a board certified internist and pediatri­cian. “I can’t bear not practicing with kids. I’m a big kid at heart,” he says.

He has also contracted part-time with the Elizabeth Hospice for the last six years, providing hospice care and emotional support to both the termi­nally ill adult and pediatric patients. He also serves on the Governance Board for California State Univer­sity San Marcos and is a Governance Board Member for the All Tribes Charter School on the Rincon Reser­vation.

One of his “extra-curricular” activi­ties is serving on the Committee on Native American Child Health (CON­ACH), to which he was appointed to three years ago. This advisory orga­nization does surveys of the Indian community, providing support and guidance to pediatrics programs.

Most of his days are spent providing the basic medical care that is so vital to the Native American community. And he does it not far from where he grew up.

“Seeing kids grow up and seeing pregnant moms come in and holding the babies kind of validates your life,” he observes. “And of course, I say, ‘You want to grow up to be a doctor, don’t you?” He smiles his broad grin. “I try to brainwash them whenever I can.”

His commitment stems from the recognition that no one succeeds alone and he humbly notes that he is indebted to those who support him now and in the past. It’s a message that he conveys to students and colleagues alike in hopes of improving the lives of Native Americans and the community