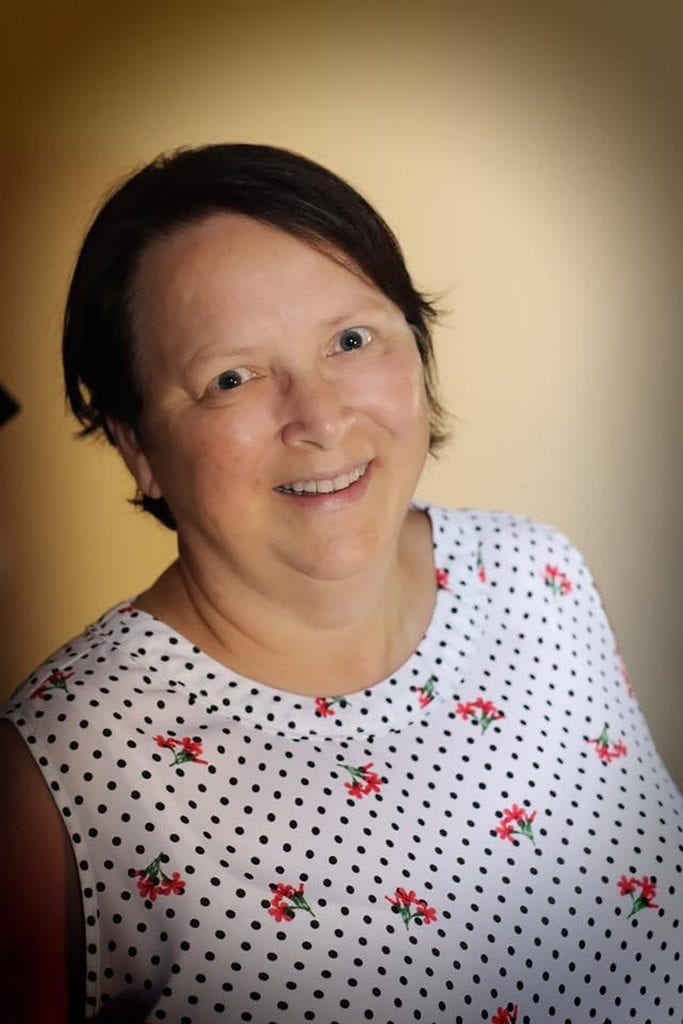 This is part of a series of articles about candidates for local office. Candidates who would like to be interviewed are invited to contact the editor at editor@times-advocate.com

Because of years working with the federal government, especially the Department of Defense, independent candidate Helen Horvath thinks she can be especially effective in emphasizing constituent services over politics. “I already understand the system,” she says. One of her favorite slogans is “to follow the money.”

Dr. Horvath is running for the 50th Congressional District, whose incumbent is Duncan Hunter Jr.

She is running because, “I’m tired of partisan politics. Very tired. People are saying we can’t give a seat to a Republican or a Democrat and they forget about people. This position is about service to the community and not about a party. It’s what is best for the community. And taking in community input so we can come up with solutions together. On our website it says, ‘We can’t do this alone.’ ”

The candidate, who threw her hat in the ring in August, and is still gathering the necessary 2,000 signatures to qualify for the March primary ballot, has a doctorate in Organizational Development Psychology from Aliant International University.  That means, “I’m really good at following the money and taking programs apart and making them more cost effective. I’m not afraid to recommend not having a program anymore,” she says.

She also has a master’s degree in Counseling Psychology from Bowie State University and a certificate in marriage and family therapy, also from Bowie.

Originally from Pennsylvania, Horvath’s family came to the U.S. from Hungary in 1956. They were refugees from the Communist crackdown after the revolution. She is a naturalized U.S. citizen. She moved to San Diego County in 2003 right before the Cedar Fire and has lived in Alpine ever since.

She never held public office before, but she was “mayor” of a housing community in Fort Belvoir, Virginia. An army spouse at the time, she was elected and advised the command on quality of life issues, including housing and family health care issues. Through that program the installation won the Army Community of Excellence Award for best small installation in 1991.

She has also worked with the Board of Supervisors. Supervisor Dianne Jacob named her to the county’s veterans advisory council, which she chaired from August 2017 ¬– September 1, 2019. She worked with the County to change the existing ordinance and expand the group’s scope and bylaws to include serving military. Its new name, approved by the Board of Supervisors on July 9, is now Military and Veterans Advisory Council.

Dr. Horvath served in the U.S. Army for five and a half years in the 1990s and was also a military spouse for many years.  This gave her an interest and background that informed her later work with the One VA community advocacy board, which advises the regional Veterans Administration on health care and benefits issues.

As she describes it, “From the One VA and Veterans Advisory Council I have been working with key congressional staff and congressional leaders on issues such as homelessness, mental health and veterans suicide.” At around the same time, she also began examining Native American issues from the perspective of veterans from tribes who are not getting VA benefits.

She belongs to an organization called Vet WOW that helps veterans with their claims and owns a consulting business ILKA Technologies Inc., a boutique consulting firm that focuses on leadership professional development, career management and organizational issues. It recently submitted a proposal to the Navy that she says would save between $55 million and $110 million annually.

She also trained a group in Hawaii on innovation and design. Through the training, “we saved the government $4 million through coaching and examination of programs.”  “One of my favorite things is following the money,” says Horvath. “There’s always a story to be told if you follow the money.”

Her interest in money leads her to seek ways to reduce the deficit and budget. “I’m looking at smaller government instead of larger government.” That includes cutting programs that use federal funds to interfere in parental responsibilities. “We shouldn’t be in parents’ lives telling them they have to get immunizations for their children. Immunization should be a parental choice” she insists. Dr. Horvath is also concerned that under federal law, parents aren’t allowed to see their children’s medical records after the child turns 14. “That’s worrisome if the child is in the hospital,” she said.

The candidate offers some critical barbs for other candidates. About Ammar Campa-Najjar she quips, “He said he wants people 55 years old on Medicare. After I heard him say that, I looked up from Office of Management and Budget for Medicare costs for 2018. We were paying $3.6 trillion for Medicare and only collecting $1.4 trillion. We are continually running at a deficit before adding new people onto it.”

Most other candidates are recommending cost increases without reducing expenditures, she claims. “Larry Wilske recommended a sick call day at the VA. That means thousands converging on the VA every morning, when the reality is there is actually a benefit under the Missions Act that allows three urgent care visits a year at low or no cost,” said Horvath.

Regarding the incumbent, Horvath declared, “I favor taking responsibility. Margaret Hunter [Duncan Hunter’s wife] accepted responsibility for what she did. Yet Duncan Hunter didn’t. He’s also known for not doing work on Capital Hill. He didn’t vote for the Women Against Violence Act. He’s been absent several times for votes.”

She added, “One thing I want to bring back to the position is honor, integrity and transparency, along with community working together.  I plan to have town hall meetings once in office, maybe scheduled quarterly across the region. I always help veterans and other people. I recently connected a group to the Navy that’s a nonprofit that makes hospital gowns for pediatric patients of military parents.”

She points to a vice admiral who allegedly sexually assaulted a lower rank—yet was nominated to a position on the Joint Chiefs. “Congress is still considering him, even with his background,” she says. “As a representative I would examine who is up for promotion.”

The other part of that effort is to rein in a program where “waivers” are allowed so the services can make recruiting quotas. Under these rules five categories of crime can be waivered. Some waivers are for crimes that would warrant arrest if that recruit was already enlisted. She wants that to change. “If you beat your wife or rape her you can’t get into the military,” she says. “Those are gateway crimes to future crimes. To stop gangs and violence we need a better solution.” If it’s clear that such crimes will prevent someone from entering the military, she says, that will discourage that activity.

Discouraging such behavior also cuts the cost of providing medical care in the military. If a person assaulted gets PTSD and depression, and you involve VA and it increases the cost of government, she says.

“I love laws and regulations and working collaboratively,” she says. “I’m not tied to a particular party line so I don’t have to practice partisan politics. I can do the right thing based on constituent needs.   I have support from Democrats, Republicans and libertarians because of my stance on various issues. I work with everybody. As a psychologist I sit and listen. That allows me to break down what a person is saying  and work together collaboratively. That doesn’t mean giving away the barn. It means doing the right thing at all times.  I’m an executive coach, so I teach admirals and generals and high ranking people how to do the same thing.”

Horvath is also a details person. “In government people are often told ‘just enough.’ As a representative I will examine things deeper than just a piece of paper. We will ask the questions that make sense. I read the OMB budget, especially for the VA. When I go to VA meetings I want to be on top of what they are saying.”

Asked if she would describe herself as a “policy wonk,” Dr. Horvath retorted, “I’m just a realist. I like facts. I want to verify the facts. The government is so mired in metrics that we have to take the metrics out of it to examine what is really going on, and then put the numbers back once we look at the situation. It’s a humanity issue for some of it, but I also think we have gone from being self-sufficient to being overly dependent on the government to take care of everything.”

On immigration, she says, “We need to examine internal border security. Who is coming in and who is staying and who has overstayed their visa. We already have in East County an immigration holding facility. They DO provide education, three square meals and integration.” She has learned lessons from the Reagan era immigration amnesty. “After that the government spent millions repairing false social security numbers. We are back in the same situation. We need to go after the criminals. There is a cottage industry of immigrants who are also criminals.

Laws need to be stronger so they will be arrested. If you look, even our military members are involved in cross border stuff, as coyotes, to bring in illegals.”

The other side of that coin is human trafficking. “You have minor children who are trafficked and locked into a room,” she says. “One of my clients was such a person.” She recently met San Diego County District Attorney Summer Stephan  at a cybersecurity conference. They ended up talking about human trafficking, which is a major cause of the DA, and how it impacts the community. “It flows out from the military out into the civilian areas,” says Horvath.

To summarize her strengths, Horvath said, “I have more than 20 years’ experience in government operations. I’m an experienced soldier with contacts in the Department of Defense, and in the military spouse network. I’m a veteran advocate with experience in laws and regulations. I have worked for the Board of Supervisors for two years on the Military and Veterans Advisory Council.”

She looking for volunteers to work on her campaign. She will give letters of  recommendations to such people after the campaign to help those who need jobs. “We want to give back to the community. People who want to learn about marketing we will teach them marketing, or customer service,” she says.

She concluded, “We want this to be a grassroots effort because there are so many people who are tired of the GOP and the Dems and the lack of focus on the constituent needs.”

As mentioned before, Horvath needs to collect 2,000 signatures by October 31. If you want to volunteer and help gather signatures, her info@horvathcampaign.com  You must be a registered voter and over 18.