‘Independence Day: Resurgence’: flimsy script and no Will Smith 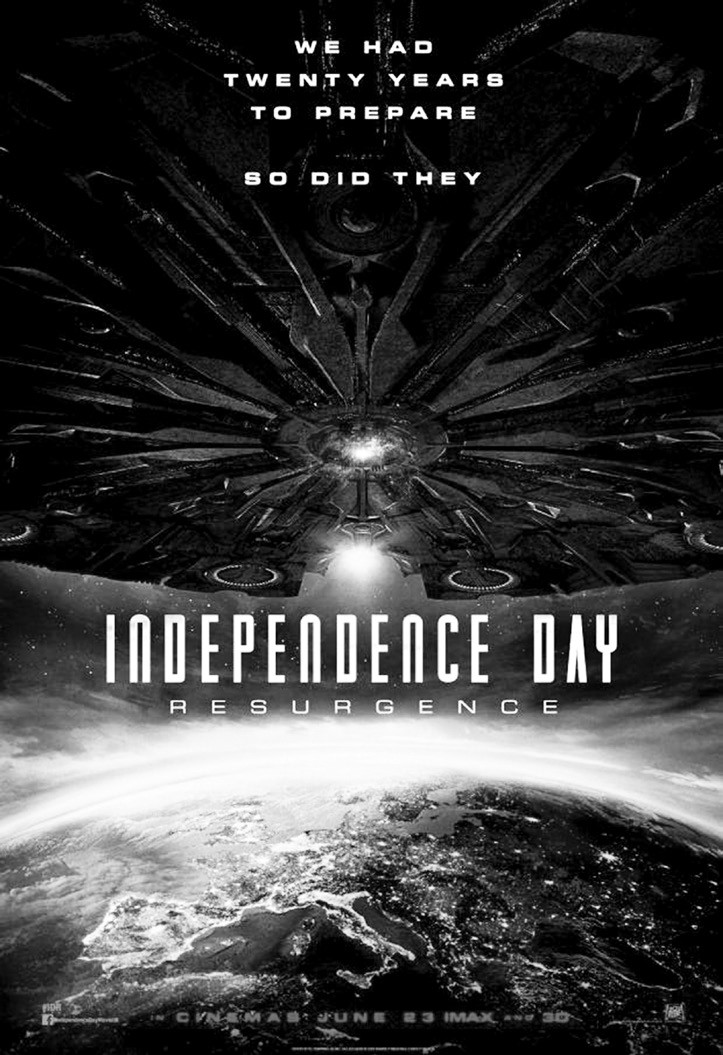 A sequel to the 1996 alien invasion flick “Independence Day” has been batted around for years. It certainly made sense, the original climbed to #6 at the all-time domestic box of­fice during its release. All that was needed for a sequel was a decent script and for Will Smith to agree to step back into the role of Captain Steven Hiller. Who am I kidding? “Independence Day: Resurgence” would have settled for a flimsy script as long as it got Will Smith. It ended up settling for a flimsy script and no Will Smith.

Returning characters include Jeff Goldblum as scientist David Levin­son, Judd Hirsh as his comic relief father, Bill Pullman as now-former President Thomas Whitmore, Viv­ica A. Fox as Hiller’s widow, and Brent Spiner as comic relief scien­tist Brakish Okun. Okun is the most surprising return since he appeared to be killed in the original. Return­ing but-recast characters include Jessie Usher as Hiller’s fighter-pi­lot stepson and Maika Monroe as Whitmore’s fighter-pilot daughter. New characters include Liam Hem­sworth, Travis Tope, and Angelbaby as more fighter pilots; Sela Ward as the new President; William Fichtner as an over-pressured general; Char­lotte Gainsbourg as a scientist and love interest for David; and my per­sonal favorite, Deobia Oparei as an alien-obsessed Congolese warlord. I love it when otherwise villainous characters step up in the name of saving humanity.

The plot follows the expected for­mat. The aliens from the first mov­ie called for reinforcements, and they’re just now arriving. Earth takes the new aliens lightly and pays a steep price. Minor battles are fought where we achieve minor victories, but we also suffer heavy losses (out­side of our heroes, of course). There are also a few times where we think we’ve won, the aliens come out with a bigger advantage than ever. It all leads up to a doomsday scenario and a clock counting down to the end of the world that’s going to get really close to zero.

Character interactions also go as expected. The fighter pilots rib each other and spout one-liners. A few made me laugh, but none are as good as the best ones from the origi­nal. Colleagues (especially couples) bicker at first, then learn to work together. The Hemsworth character doesn’t follow orders and he gets in trouble for it, but he saves the day because he knows in his heart what to do. Loved ones are lost and their surviving family members need in­spiration to continue. The script seems like it was written to have a joke at this point, and an inspira­tional moment at that point without thought being given ahead of time to what those lines and moments should actually be.

But the plot and dialogue aren’t the problem with the movie, relatively speaking. The real weakness is with the action sequences. Remember the cool, impactful explosions from the first movie? Get ready to have those replaced with vague, wispy fireballs. We see London getting ripped apart by “explosions,” but I feel like I could wave my hand and they would dissipate. Elsewhere, dogfights are hard to follow because I couldn’t tell which characters (or even which sides) where in which planes and key moments are so poorly-edited that I didn’t even realize characters were dead because those moments were so underwhelming (only two deaths got any kind of reaction at my screening).

The original “Independence Day” is by no means a creative classic, but it’s better than the uninspired mess that is “Independence Day: Resur­gence.” This movie cannot make its characters or action interesting to save its life. It was only made to hop on the bandwagon of reviving de­cades old franchises, which has led to some impressive successes lately. In fact, this movie lost in its opening weekend to another long-delayed follow-up in “Finding Dory,” which beat it by $30 million in its second weekend. This “Resurgence” should have never taken place.

“Independence Day: Resurgence” is rated PG-13 for sequences of sci- fi action and destruction, and some language. Its running time is 120 minutes. Contact Bob Garver at rrg251@nyu.edu.