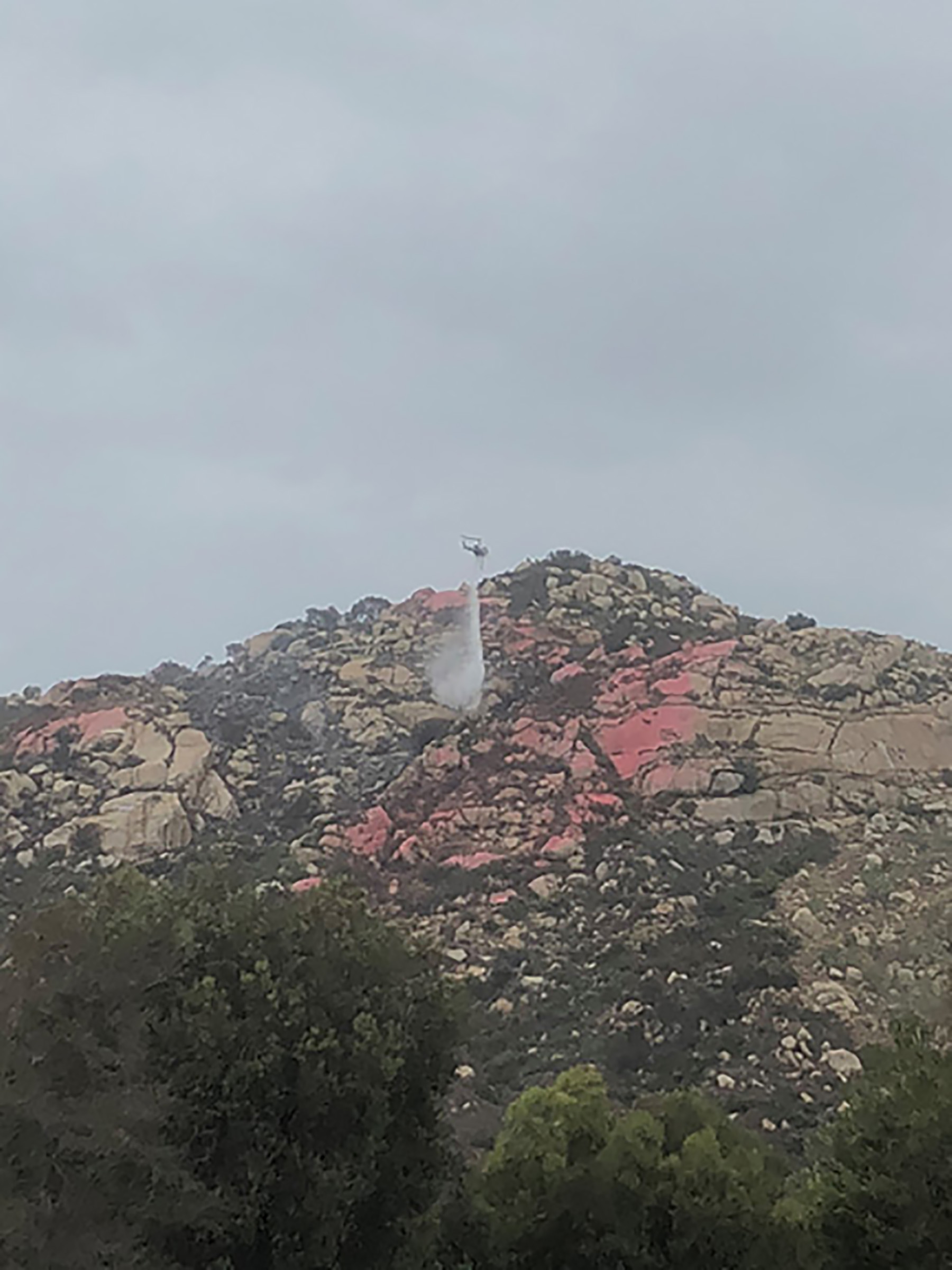 Monday night near midnight The Times-Advocate covered an incident where a fire started on the hillside of Daley Ranch – near Rincon Avenue and Fawn Creek Lane. Reportedly three boys were firing off fireworks. One of them was a minor.

According to the report by Cal Fire Captain Issac Sanchez on July 9 at approximately 11:24 p.m. the Escondido Police and Fire Communication Center received a report of a vegetation fire at Rincon Avenue and Fawn Creek Rd on the west side of Daley Ranch. The first arriving engine confirmed a fire and attempted to gain access to a heavily vegetated area. A second alarm was requested due to the remote access, heavy vegetation and structures in close proximately to the fire. Escondido Police Department assisted with traffic control and road closures.

At about 3 p.m. on Tuesday the first was 30% contained at approximately five acres with full containment expected by late in the afternoon. Sanchez reported: “The fire is in unified command with Escondido Fire and Cal Fire. At this time there are currently (2) Escondido Brush units, (3) Cal Fire Brush units and (2) Cal Fire Hand Crews committed. In addition, Air Attack and one Cal Fire fixed wing tanker made a number of retardant drops on both flanks of the fire this morning. Helicopters are currently assisting with water drops.

At 6:06 p.m. on Tuesday the incident commander reported that the fire was 100% contained and controlled and all units were released.

There were no evacuations, no damage to structures and no Firefighters or civilians were injured.

This fire was determined to have been caused by the use of illegal fireworks.

Note to readers: You can see a video from the first night of the fire on our Facebook page.