Iconic local café to get renovation courtesy of “Food Network” 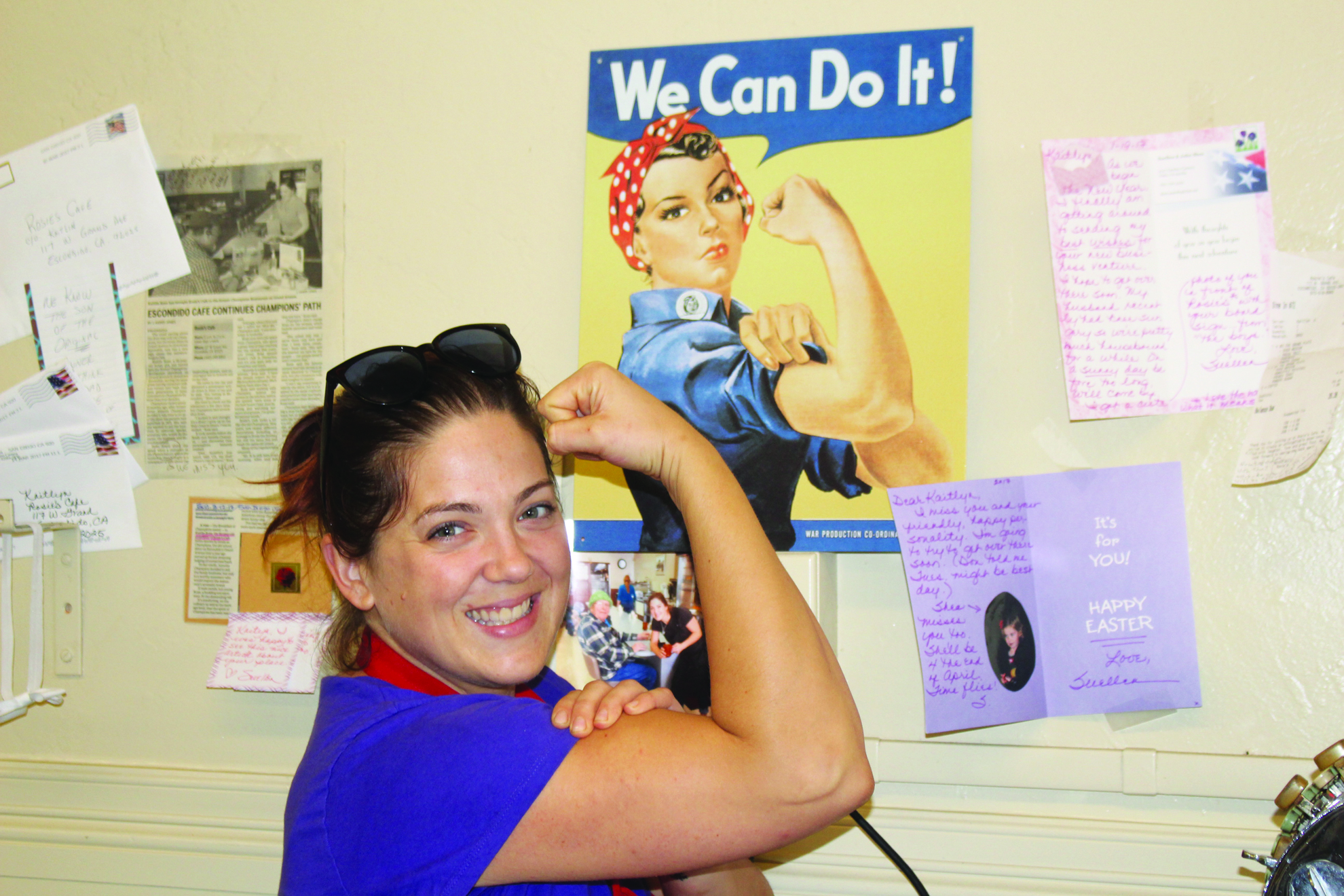 Kaitlyn Rose Pilsbury, 31, aka “Rosie” strikes a pose in front of the iconic “Rosie the Riveter” poster from World War II.

Rosie’s Café on Grand Avenue, the old-fashioned dining experience that was reborn from the iconic and longtime Champion’s by Kaitlyn Rose Pilsbury, 31, aka “Rosie” is being given an opportunity by the Food Network’s reality renovation series “Restaurant: Impossible.”

Pilsbury is prevented by her contract with “Restaurant Impossible” from discussing anything about the process before it happens and is televised on the Food Network. However, the show’s website describes how “Chef Robert Irvine tries to turn around restaurants across America that are facing an impending demise if things don’t improve. With a $10,000 budget and two days to work, Irvine uses his creativity and resourcefulness to turn the eatery’s fortunes around.”

Rosie’s Café is located at 117 W. Grand Ave. In The Times-Advocate’s story on Rosie’s that we ran in May 2017 the owner told us “I love people. Nothing is better than being home away from home. I love the atmosphere. Nothing makes me happier than hanging out,” and added that her goal  “Is for customers to feel like they are eating at home when they eat at Rosie’s.”

According to the website Chef Irvine first observes the staff and kitchen for one full service day. He updates the menu and makes aesthetic alternations before the place holds its grand reopening the next day. He then goes around town drumming up a crowd to check out the renovated eatery.

Reportedly Irvine and his production crew will arrive on January 9.  His company is advertising for local volunteers who are in the building, craft, cleaning or decorating trades to apply to work on January 10 and 11. Volunteers are also being sought to be filmed in the café.

To be considered, apply by noon Jan. 4 to this email address: rivolunteer@levitylive.com with full name, email address, mailing address, cellphone number and skillset related to the renovation.

“Restaurant Impossible” has been running since 2011. It airs on Wednesdays on the Food Network with new episodes scheduled to run later in 2019.