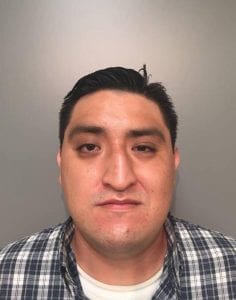 Gutierrez was booked on felony charges of kidnapping with the intent to commit rape or robbery, kidnapping, and a misdemeanor count of annoying a child. He is being held without bail.

U.S. Immigration and Customs Enforcement (ICE) has lodged an immigration detainer against Mr. Gutierrez-Gonzalez.  ICE places immigration detainers when the agency possesses probable cause to believe an alien is amenable to removal proceedings. Detainers serve as a legally-authorized request, upon which a law enforcement agency may rely, to continue to maintain custody of an alien for up to 48 hours so that ICE may assume custody for removal purposes. Consistent with ICE policy, all ICE detainers are submitted with an accompanying administrative arrest warrant or warrant of removal depending upon the circumstances of the individual case. In addition to being amenable to removal proceedings, Mr. Gutierrez-Gonzalez has prior criminal convictions, including one for DUI.