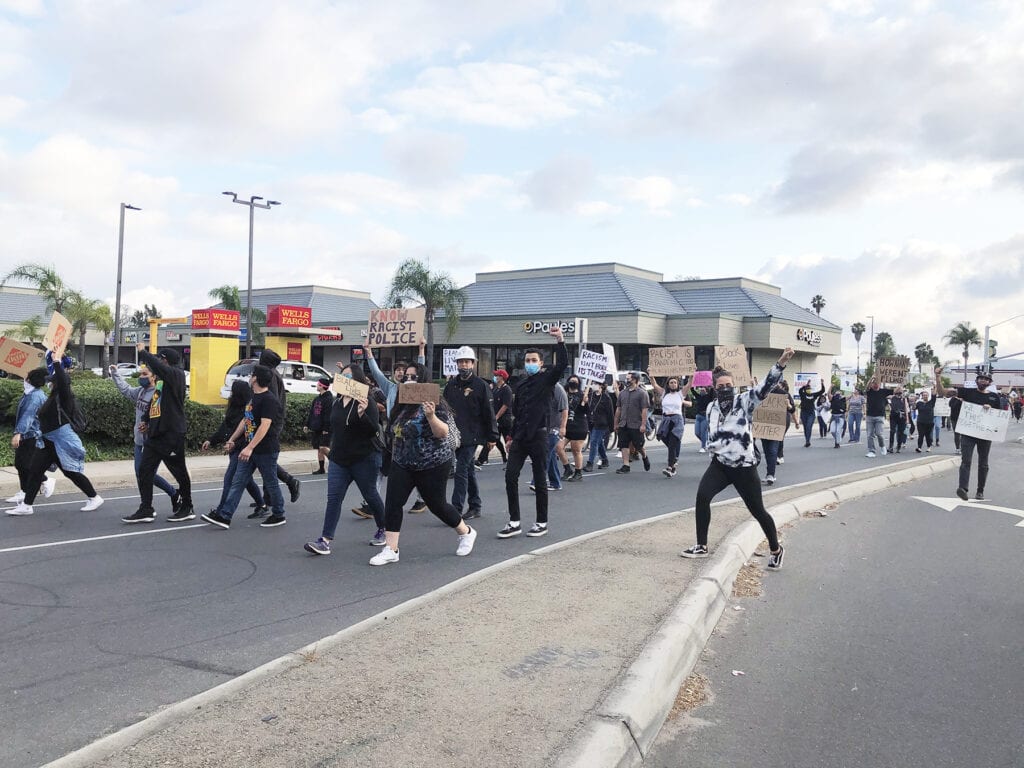 Perhaps a thousand protestors once more took to the streets Friday evening, marching from in front of City Hall along Escondido Boulevard to Washington and then up the onramp to Hwy 78, where the tried to get onto the freeway, only to be blocked by police.

The group of mainly young people carried signs who messages included “Know racist police” “Racism isn’t born, it’s taught” “We are in this together,” and “How many weren’t filmed,” among many others.

Two days before there was a rally in front of the City Hall attended by Mayor Paul McNamara and city councilmember Olga Diaz, who both spoke. About 200 people attended this rally with Laura Hunter, one of the organizers, leading off the speeches: “We’re going to try to have a different kind of event today. A solemn event where we can reflect on where we are and where we need to go as individuals and a society.”

Also speaking was Police Chief Ed Varso, who declared, “I’m standing here on behalf of my department to make sure the community understands that we are all together in this,” and added, “We all condemn what happened to Mr. Floyd it should have never of happened, it was wrong, and I’m glad they’re being held accountable for it.”

City councilmember Olga Diaz said she wants to see nine reforms adopted for the police, including such things as requiring citizen input on the hiring of new police chiefs. She wants to collect data on race; hiring more women and diversifying the makeup of the force. She would also like to require police to have a degree in sociology or psychology.

During his remarks, McNamara declared,  “Enough is enough! We have good police officers here. We have a good community. And we’re not going to let outsiders ruin it. We’re going to stay together.”

Another who spoke was Yusef Miller of the Racial Justice Coalition of San Diego, who spoke against the kind of violence that has wracked other cities in the U.S., including New York City, La Mesa and Minneapolis itself.

A bell tolled the nine minutes that it took George Floyd to strange to death under the leg of a Minneapolis police officer, Derek Chauvin, who has now been charged with his murder. 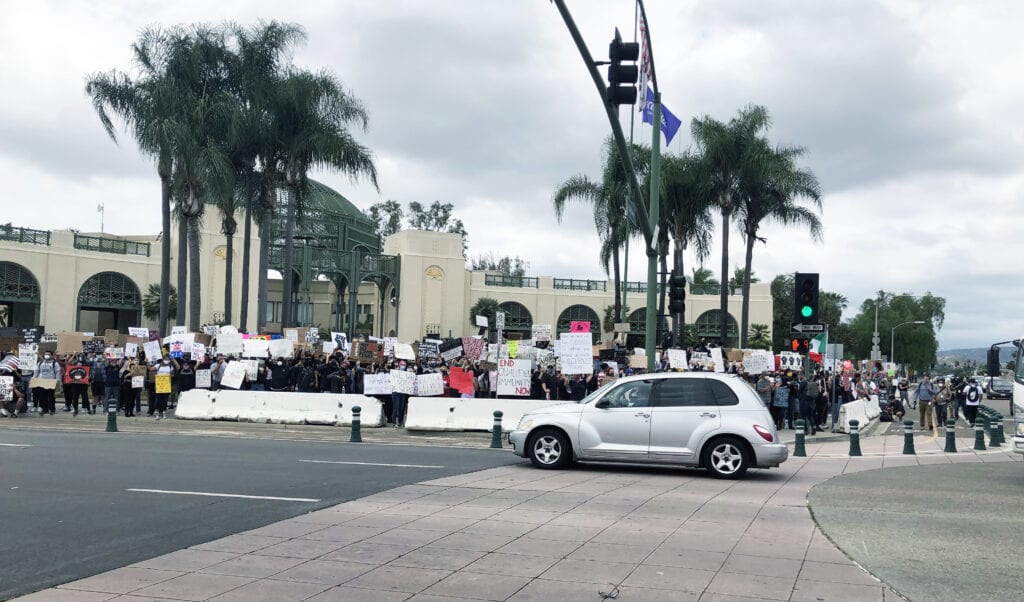