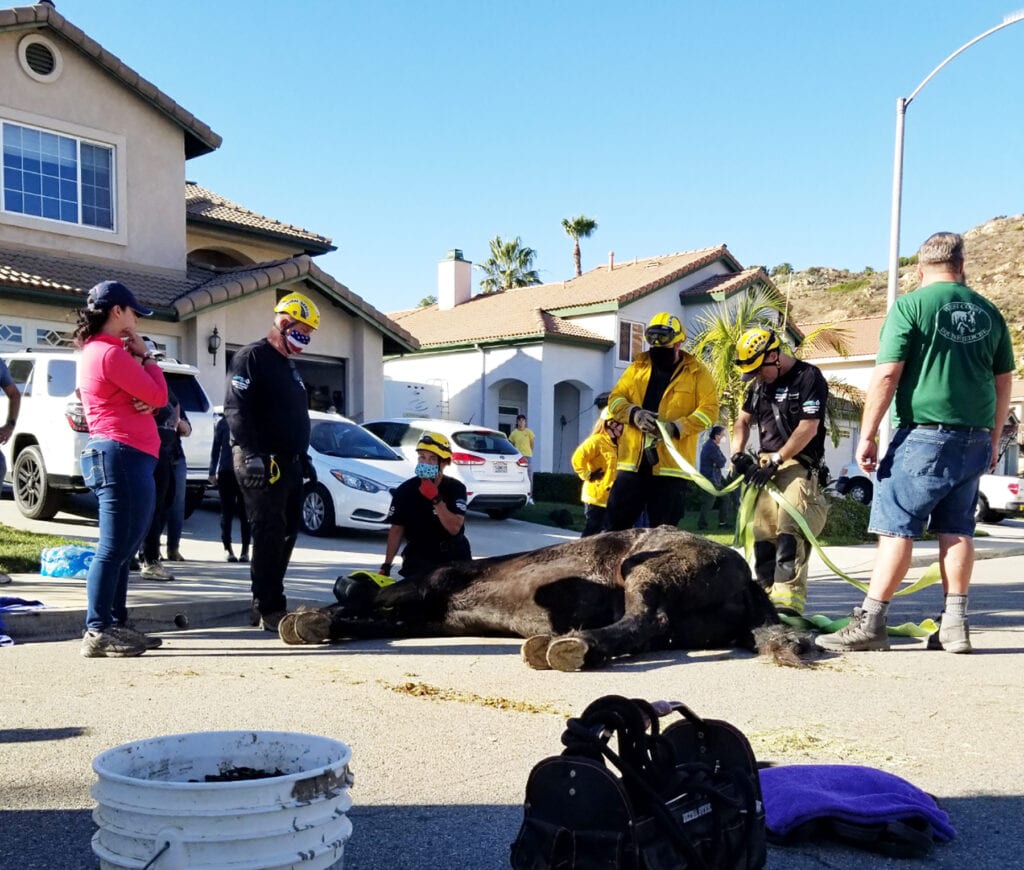 Rescuers helping Nico, a 24-year old Friesian horse after he fell inside his trailer. He was helped to his feet and later completed his trip to his stable in Carlsbad.

Sunday San Diego Humane Society’s Humane Officers and Emergency Response Team members were called to rescue a horse who had fallen in his trailer in Escondido. The call came from the Escondido Police Department at 12:23 p.m.

A 24-year-old Friesian horse named Nico had fallen in his trailer during a stop on El Norte Parkway and the owners immediately stopped and called for help. Another horse inside the trailer was not hurt and immediately vacated. Escondido Police officers closed off the street, so SDHS could safely work to rescue the horse. The family’s horse veterinarian was also called to monitor the rescue.

When SDHS arrived, the horse was laying calm in the trailer but could not get up. The horse was eating, but too weak to get up on his own. In collaboration with the horse’s veterinarian, the rescue team worked slowly and methodically to place a safety helmet on his head, got the horse into the street with the help harnesses and manpower and then turned over, off his sore side.

Nico was given anti-inflammatory medication by his veterinarian. A couple of hours into the rescue, Nico was able to get up on his own. He needed to stand up and be walked slowly for 30 minutes in order to regain his strength and composure.

Then, three hours later, with the help of an apple, Nico was able to reload safely into his trailer to continue back to his stable in Carlsbad. 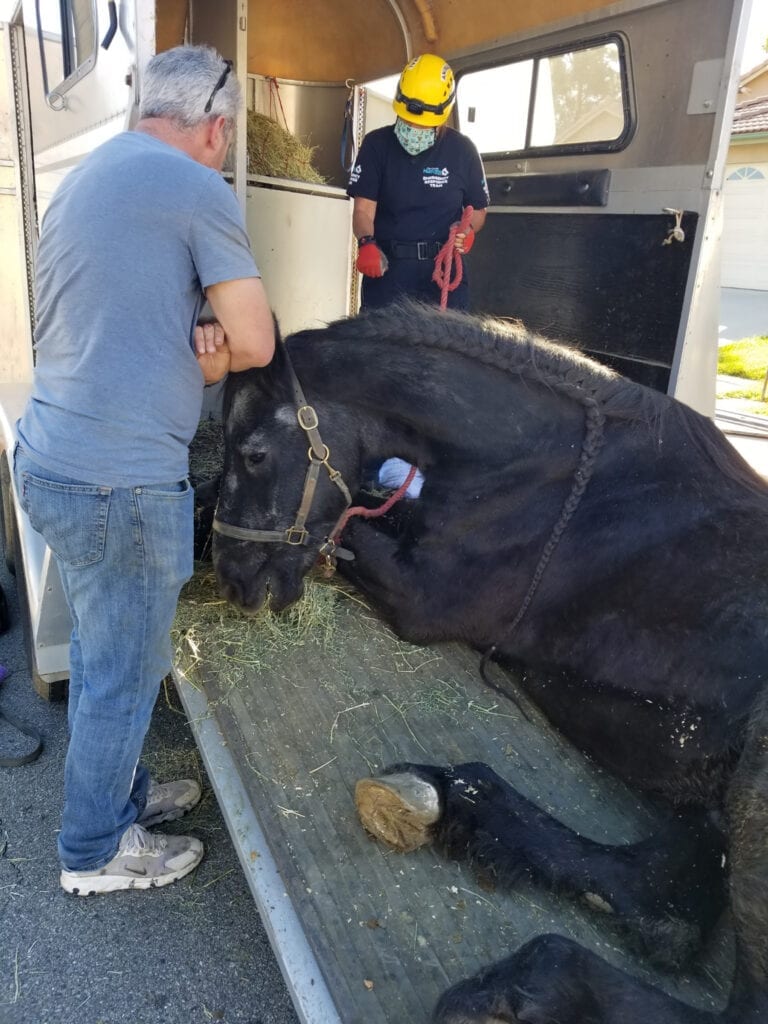 Rescuers feed Nico, a 24-year old Friesian horse, prior to helping him to his feet after he fell inside his trailer Sunday.