was a local pastor 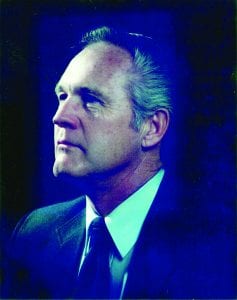 Hugh “Al” Brimer, 82 a resident of the Hillsboro community, and formerly of Escondido, died Sunday morning, January 14, 2018 at the Providence St. Vincent Medical Center in Portland.

A Celebration of Life Service will be held on Friday, February 2, 2018 at 11 a.m. at the Fuiten, Rose & Hoyt Funeral Home, 2308 Pacific Ave. in Forest Grove, with the Rev. Tom Fry of Escondido officiating. Concluding Rites and Interment with Full Military Honors will follow at 2 p.m. at the Willamette National Cemetery, 11800 S.E. Mt. Scott Blvd. in Portland.

Family and friends are invited to attend a reception immediately following the chapel service to be held in the fellowship room of the funeral home.

Hugh Alvin Brimer was born August 9, 1935 in Johnson City, Tennessee, the son of the late Walter Kenneth Brimer and Nellie Esther (Wright) Brimer. He was raised and received his education in the Johnson City community, having graduated from the Johnson City High School Class of 1954.

After his discharge, he worked for the Civil Service for ten years. Mr.  Brimer then attended the Azusa Pacific Graduate School of Theology, having graduated in 1994. He became a Free Methodist Church pastor, having served the Family Fellowship Church in La Mesa, California for nine years, until he retired.

Among his special interests, he enjoyed sports, having played football and baseball with the Marines while stationed in Japan. He also coached the men’s and women’s softball team at the Church of the Nazarene in Escondido.

He was preceded in death by his parents, Walter and Nellie Brimer, his five brothers and three sisters and his son, Michael James Brimer, on December 29, 2007.

Survivors include his wife, Nancy Brimer, of the family home in Hillsboro, Oregon; his son and daughter-in-law, Robert and Cheryl Brimer, of Hillsboro, Oregon; his three daughters and sons-in-law, Lauri and Don Mendenhall, of Escondido, California; Debbie and David Stubblefield, of Lebanon, Oregon and Cheryl and Robert Cortez, of Escondido, California; his daughter-in-law, Mary Reider, of Kingsport, Tennessee and his two sisters, Patsy Willis, of Lexington, Kentucky and Judy Brimer, of Pensacola, Florida.

Also surviving are his fourteen grandchildren and their spouses, April Brimer,

To sign the online guest book or to send a condolence to the family go to www.fuitenrosehoyt.com

Fuiten, Rose & Hoyt Funeral Home in Forest Grove is entrusted with the arrangements.