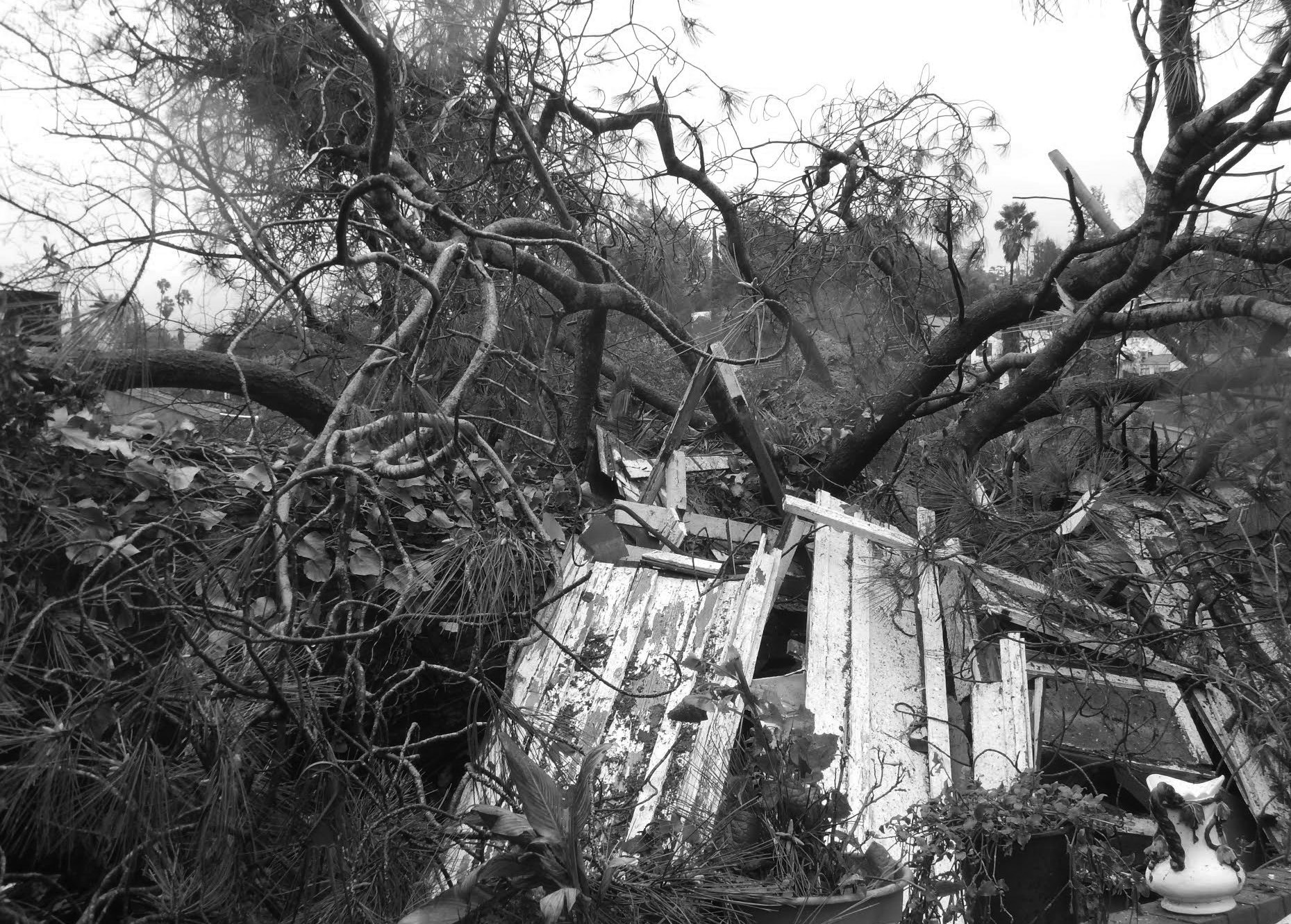 A tree once declared to be the second tallest Torrey pine in the state crashed to the ground during the last storm, flatten­ing a small historic cottage in the 500 block of E. 4th Ave. in Escondido, dur­ing a violent wind storm two weeks ago.

While the giant tree with an 8-foot diameter trunk could have landed on the historic 1880s two-story Pritchett House where the Cojulun family of four were at home for the afternoon, it fell, instead upon the unoccupied little house located just twenty feet away.

Although saddened by the loss of the tree that may have been two hundred years old, the Cojuluns are very relieved that no one was hurt.

Homeowner Axel Cojulun said that he was eating an orange at the kitchen sink, when he thought he heard a branch fall and watched through the window as the tree suddenly crashed to the earth.

Almost immediately, first responders from the Escondido Fire and Police De­partments arrived with lights and sirens activated; neighbors had called 911, fear­ful that someone had been hurt when the tree fell.

The small board and batten one-bed­room cottage had been moved to its cur­rent location from a lot on 7th Avenue, east of Centre City Parkway, seven years ago and the Cojuluns had planned to restore it but had not yet started. It was possibly good fortune that they had not done so or odds were good that anyone living there would surely have been killed.

The bungalow had been one of ten workers’ cottages that had housed sheep ranch workers almost a century ago. It was rescued from demolition and moved to this lot; only one other of the original ten is believed to be standing now.

Mr. Cojulun regrets the loss of the house he moved to his lot, saying “El Niño didn’t ask for a demolition permit,” but he’s un­daunted. He’s now looking for another his­toric bungalow in Escondido to rescue and move to his lot. This time, it can be a little larger he says, since it won’t have to share the space with the Torrey Pine.