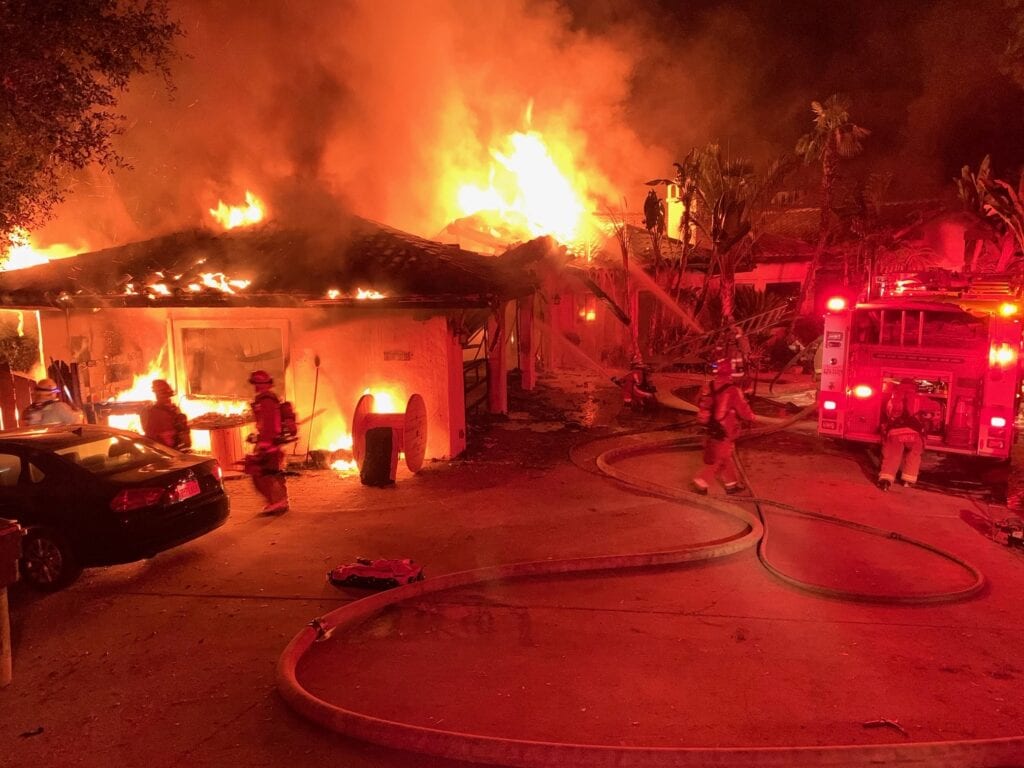 Friday, October 16, at 2:39 a.m., the Escondido Police and Fire Communication Center received a report of a structure fire in the area of Via Rancho Pkwy and Bernardo Ln.  Seven hours later a second fire did further damage.

Multiple 911 calls early Friday morning reported that flames were seen from a distance. A structure fire response was dispatched and the first arriving company officer reported a fully involved garage with involvement into the dwelling. A second alarm response was required to contain the fire.

Firefighters contained and controlled the fire in about one hour. The garage and contents were a complete loss. The dwelling area of the home sustained major damage near the garage and moderate smoke and water damage throughout the house. Unfortunately, one of the residents’ cats perished in the fire. However, there were no injuries to firefighters or civilians and several other pets were unharmed.

Seven hours later ANOTHER fire started. The family was still there salvaging belongings from the original fire, according to Division Chief John Tenger.

“A significant amount of the house was damaged in the second fire,” said the Chief, who said that it is still under investigation.

A California Fire Foundation grant gift card was provided to the family for immediate essential needs and the Red Cross is helping the family with housing arrangements.

San Marcos and Rancho Santa Fe fire departments provided assistance and Escondido Police, San Diego Sheriff and CHP assisted with road closures and traffic control.  The cause of both fires is under investigation.